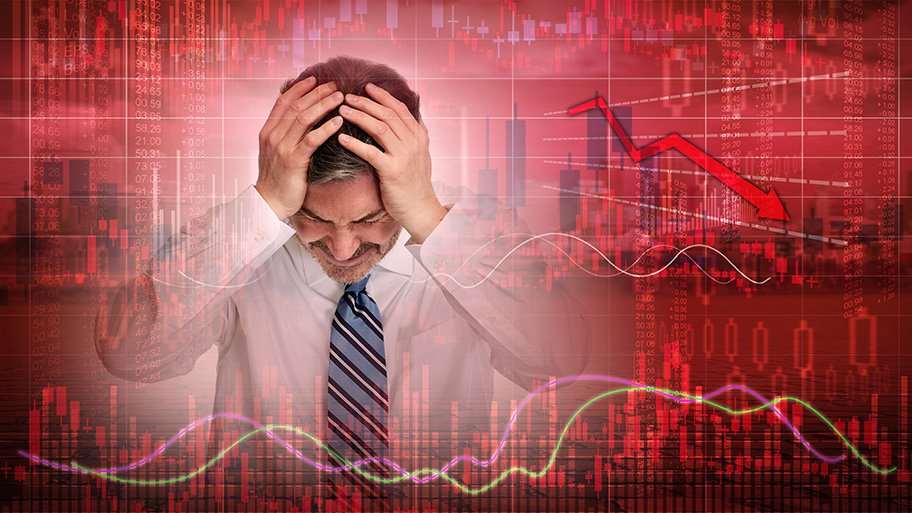 3 Reasons the Bull Market in Equities May Derail in 2020

Reason #1: Equity Valuations and Debt Levels of World Markets are Not Fixable

Since the financial crises of 2009, the Nasdaq Composite has increased sevenfold. World debt has more than doubled from $120 trillion to more than $260 trillion. A fundamental case can be made that equity valuations have skyrocketed because of government bailouts, Federal Reserve balance sheet expansion and the central bank continued quantitative easing.

World GDP is now equal to world equity market capitalization. How absurd is it to think the Dow Jones Industrial Average at 9,000 was not buyable, but the same index at 29,000 justifies euphoria. A decade of fake money and printable buying power has caused stocks, bonds, and property to reach historic levels. The old adage that trees don’t grow to the sky has been shoved aside. Bankers and advisors hold the theory that the long run is the way to go and leverage and margin are again acceptable. Just chillax and ride the roller coaster from the numerous peaks to valleys. How we forget that Amazon at $5 a share after the dotcom crash fell 95% from that top to bottom. Now at $2,000 a share it represents a great investment opportunity for equity holders. 18% of Apple shares are held by a limited number of funds. Black Rock, Vanguard, and State Street control 80% of all indexed money. The financial crisis of 2009 coined the term banks too big to fail. The writing on the wall now says we have funds too big to fail. New stories and new valuations magically appear to justify these absurd valuations. George Soros talked about Reflexivity decades ago. The investment community will never learn its lesson. This may be all fine and dandy while the buying is greater than the selling. When the selling picks up to reasons that always come out later, the herd will all attempt to exit out of the same barn door. Yes, there is a light at the end of the tunnel. Historical valuations say this could be an oncoming train. The smart and unemotional investors possibly should learn from past nasty corrections and bear markets. Don’t be caught ‘holding the bag.’

Inflation or hyperinflation has always been the result of easy monetary policy and currency printing. Whether it is the Weimar Republic or when President Reagan took office in the 80s, central banks and Federal Reserve policy has turned to currency devaluation or interest rate policy. Reagan turned to Paul Volcker in the 80s to lead FED policy. How soon we forget how the inflationary period led to very high interest rates of 15–18% to eventually normalize things. The markets today are not in a position to raise interest rates. Governments could never support their debt payments and debt would likely implode. Recent FED and central bank comments lead us to believe that this time it’s different. It is different since the FED and central banks continue to inject stimulus and liquidity into the markets with the inability to use higher interest rates to normalize imbalances. Liquidity and financial problems leak to market and economic problems eventually. The answer for the last three decades is to print and print more. With the assistance of algorithms, computer trading, and massive leverage these corrections and market falls could and have been fast, destructive, and deep. Not every investor can withstand a 50–75% fall in their wealth and possibly have to wait twenty or thirty years for it to possibly come back. 1990 to 2000 was a great decade for equity investors. 2000 to 2010 was a tremendous decade for gold investors. 2010 to 2020 was a historical decade for equity investors. The next decade could very well be a flight back to tangible assets and safety. Markets do go through cycles. Investors have typically done very poorly if they buy high and sell low. History says this again would be a poor and costly decision. This philosophy of letting it ride quite possibly will be unrecoverable for many Americans.

Since the election of President Trump in 2016, the Democrats have tried to blame it on election tampering. The recent bogus attempt of impeachment is attempting to influence the 2020 election. The separation of power will continue to fester. The Democratic nominees, whether it is Bernie Sanders, Joe Biden, Elizabeth Warren, or Mike Bloomberg will cause shock waves. The fragile economy is not prepared to deal with higher business regulations, higher taxes, or the socialization in medicine and much of the lending industry. Economic and corporate earnings have flattened out and have slowed but market valuations continue to increase. Economic tensions between the rich and the poor will continue to increase leading to political and market turmoil. President Trump is a businessman. Businessmen profit by buying assets for pennies on the dollar. Some even use bankruptcy and corporate raiding to line their pockets. President Trump is on record saying the dollar is too high and that interest rates should even be lower than where they are. It would make sense to crash the dollar and attempt to clean things up during such mayhem. Political and corporate leaders recently met in Davos. The main topic of conversation was controlling the earth’s temperature. ECB Chief Lagarde could go down in history as the biggest money printer ever. Climate change action is critical but the dire world financial situation can wait. It will be put on the back burner until it can no longer be ignored. By that time it will be financially too late.

At Midas Gold Group we believe the decade from 2020 to 2030 will be characterized by the ability to preserve wealth. Gold has a remarkably stable track record of keeping up with the cost of living. Gold today at $1,580 a troy ounce is as undervalued as it was at $300 an ounce in 2002 or even $35 a troy ounce in 1970. Money supply has increased exponentially and so has risk. The DOW vs gold quarterly MACD has recently turned down. This long term indicator could possibly be the sounding of the alarm. The West is talking about temperature control but China and Russia continue to add to their gold hoard. Your family is counting on you to do the absolute best job you can by making your nest egg bulletproof. Midas Gold Group recommends that you stop mesmerizing about your bank or your retirement balances. Call 480-360-3000 today and start accumulating gold. Get as much out of the rigged banking system or leveraged stock market casino now at still a great price. You can always go back into stocks or put your money back into the bank when things are financially dire.