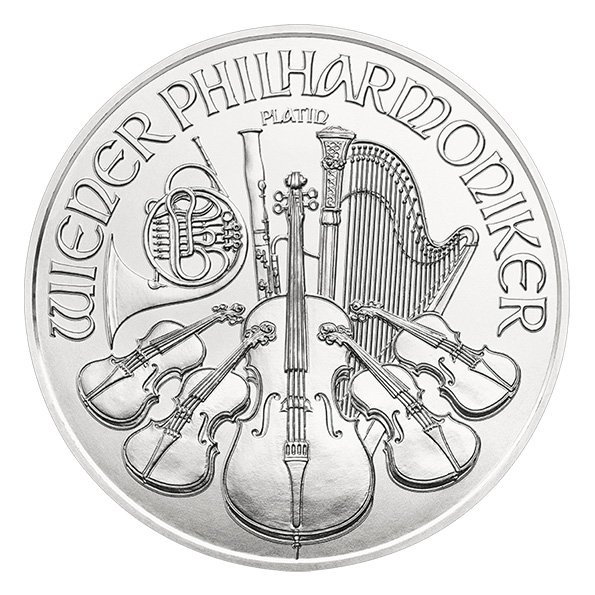 On the heels of the major successes of the silver and gold Vienna Philharmonic pressings, the Austrian Mint has unveiled a truly exceptional platinum version of this world-famous coin: the Platinum Vienna Philharmonic. Investors would be wise to get in on the ground floor with this remarkable item offered for a limited time in brilliant, uncirculated condition.

Design and Details of the Platinum Vienna Philharmonic

Struck from 99.95% pure platinum, the Vienna Philharmonic features Austrian Mint chief designer Thomas Pesendorfer’s elegant design, as previously seen in the gold and silver editions. The obverse side presents a depiction of the Musikverein Concert Hall in Vienna, home to the famous Philharmonic. Graced on the obverse side is an kind of bouquet arrangement of classical instruments, honed to a crisp and satisfying detail.

The platinum coin is fully legal tender, and thus tradable at the platinum price on the open market. Its face value is 100 euros. The platinum edition was inaugurally unveiled in 2016 at the Berlin Coin Fair, where it turned heads and assured its secure place amidst the new trinity of the Philharmonic coinages. Its pressing by the Austrian Mint, a venerable operation owned by the Austrian state, guarantees the coin as fully backed by the Austrian Government.

As if more reason were required to pursue this beautiful coin, be advised that its pressing marks the first striking of a platinum coin in the 800-year history of the Austrian Mint, making it a historical item that savvy collectors would be loathe to miss out on.

Also notable is the Vienna Philharmonic’s general popularity on the open market: since 2004, the series has proved remarkably popular in Europe, as well as in Japan and North America.

In short, the series is a proven winner and the platinum edition is not only the first of its kind but also the inheritor of the popular legacy handed down by its gold and silver forebears.

As with all your precious metals needs, Midas Gold Group is available to assist you with your purchase or sale of Platinum Vienna Philharmonics. 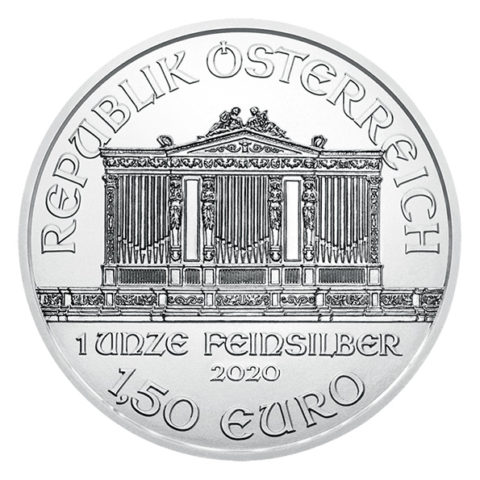 The Silver Vienna Philharmonic is a 1 oz silver bullion coin with a .999 silver purity; it is the most popular European silver coin celebrating the Vienna symphony. 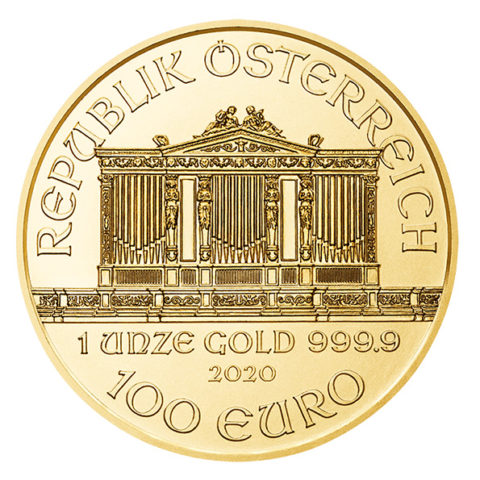 The Austrian Philharmonic or Vienna Philharmonic gold bullion coin was the most popular gold coin in the 1990’s and is still among the world’s best sellers.