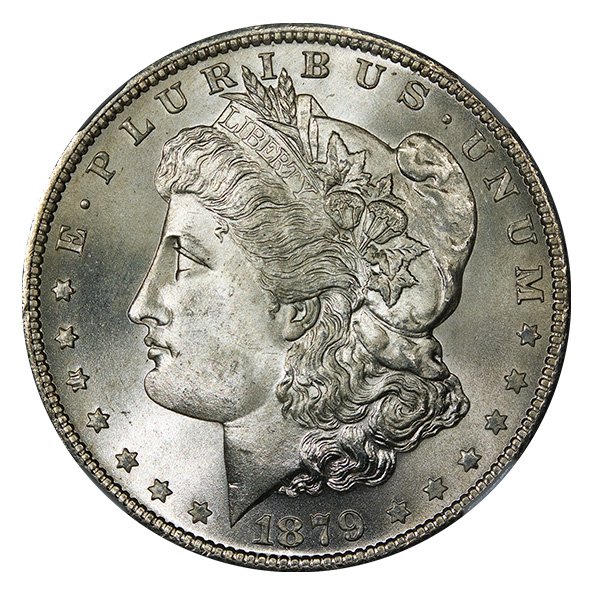 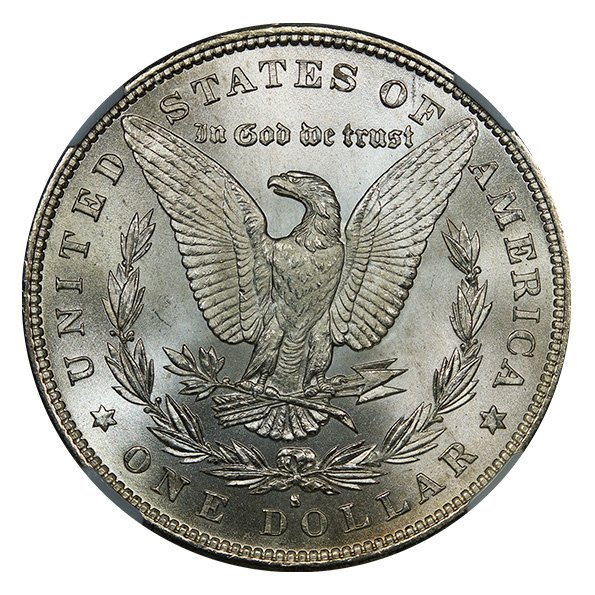 The Silver Morgan Dollar struck 1878 to 1904 and in 1921 is bought in circulated condition for bullion value but certain dates are exceptionally rare and valuable.

One of the more interesting historical trajectories in numismatic history must belong to the Morgan Silver Dollar. Rarely has a coin been released to such initial indifference only to elevate its reputation and collectibility to the heights this coin enjoys today.

The History of the Morgan Silver Dollar

Political pressure rather than public interest forced the Morgan Silver dollar into existence in the late 1870s. After the previous silver dollar found itself legislated out of existence a few years earlier, with hardly anyone missing it, common consensus held that there was little need for a new silver dollar piece.

The mining industry, however, was flush in silver and eager for a new coin; they quickly and stridently began to pressure Congress for its return. The silver lobby finally won the day, after a string of conspicuous failures, when Congress passed the Bland-Allison Act in 1878. The bill authorized a new silver dollar and required the US Treasury to buy up to four million troy ounces of silver bullion every month. The bullion would be minted as the new Morgan Silver Dollar.

Even the coin’s titular referent, George T. Morgan, offers up an interesting historical anecdote. Morgan, an English engraver, ultimately drafted the winning design for the coin, but rumor has it the contest was fixed ahead of time by Mint Director Henry P. Linderman. Indeed, it seems that any angle viewed on the history of the Morgan dollar is inevitably occluded by some kind of fascinating controversy.

About the Morgan Silver Dollar

The obverse of the Morgan Silver dollar depicts Miss Liberty in a left-facing portrait. The reverse features a rather scrawny-looking eagle, an image that led some critics to dub the coin a “buzzard dollar”.

A change was made soon after production of the coin began when it was suggested to the mint that the eagle might better feature seven tail feathers rather than the original eight. The mint agreed, leading to some 1,978 coins with seven feathers and the rest with eight. Seven is slightly rarer.

More than 500 million Morgan Silver Dollars were struck between 1878 and 1904. The final pressing of the coin occurred in 1921, after which the Morgan design was replaced by the new Peace Dollar.

The history of this coin constitutes something of a rags-to-riches fairy tale: Up until the Sixties, the coin was largely consigned to being a numismatic afterthought. Since then, as the price of silver rose, the coin’s seen a robust and sustained surge in popularity, with exceptional specimens sought after with particular aplomb by collectors worldwide.

As always, the Midas Gold Group is more than happy to advise prospective buyers on whether this coin is right for your collection. Any coin bought from us will always come to you in the expected beautiful condition.