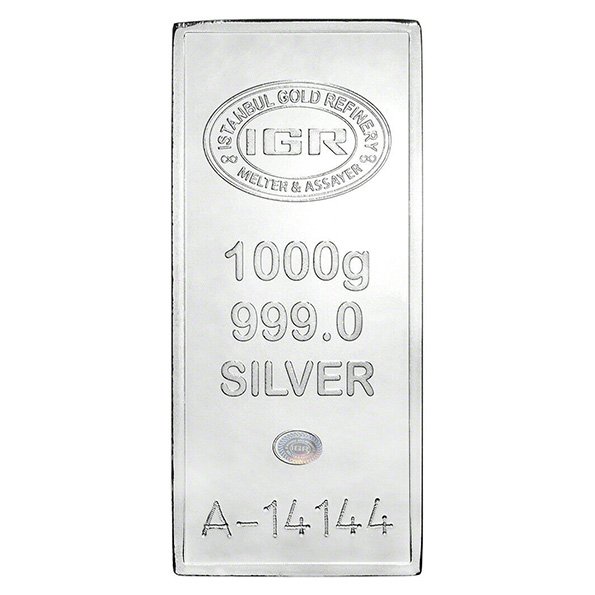 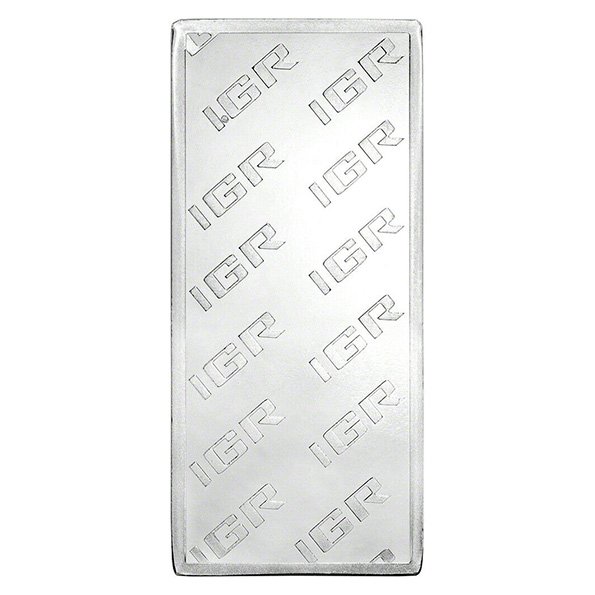 IGR Silver Kilo Bars are .999 fine and an excellent way to include bullion in your investment portfolio.

About the IGR Silver Kilo Bar

The IGR Silver Kilo Bar is from the internationally recognized and highly respected Istanbul Gold Refinery and is backed by the Turkish Treasury.

Kilo bars have the advantage of having a lower cost per weight because as the weight of a bar increases, the price of silver per Troy ounce becomes less than what you’d pay for a 1 oz. silver bar. Every major refinery in the world offers kilo bars as part of its catalog of products.

The Process of Making the IGR Silver Kilo Bar

The IGR Silver Kilo Bars are minted ingots and have the characteristic polish and refinement expected by this process. Each one begins as a longer cast silver bar which is fed into a stamping press. The press is computer-controlled and precisely cuts out a silver bar with sharp, refined edges and stamps a beautiful design into the bar’s surface. These computers control the exact size and shape of the bar. They are then acid-washed, polished, and pressed.

The Istanbul Gold Refinery (IGR) is the first official gold refinery of Turkey. It was founded in 1996 and is registered by the Mint and Treasury Undersecretariat and Istanbul Gold Exchange. It has built a solid reputation over the years and is now considered to be one of the world’s best sources for gold and silver ingots and cast bars.

The origins go as far back as 1995 when Halac Jewelry started a gold refinery in Istanbul near the Grand Bazaar. It was a relatively small operation until 2004 when the Istanbul Gold Refinery opened its large refinery in the goldsmiths’ city, including over 2,000 workshops, factories, wholesalers, and retail shops. IGR became famous for being the first refinery in Turkey to produce gold products with a high purity of .9999 and became especially popular in Turkey, India, and China. The company began to offer silver kilo bars in 2002.

Some Facts About Silver

As a strategic metal, silver is both a currency and an industrial metal. Like gold, silver is a safe-haven long-play investment because it’s a hard asset and a store of value. It can even gain value over time. Gold and silver share a positive correlation. Historically, silver has underperformed gold. Gold tends to trigger the initial move in bullion, and silver gains traction. Unlike gold, silver has many industrial uses. For example, silver is an essential ingredient in solar panels, electric vehicles, Smartphones, medical devices, and other products.

Silver is not “poor man’s gold,” but rather a specific precious metal with many practical uses in industry, probably because silver is a good conductor of heat and electricity. The various benefits of silver seem to expand along with the acceleration of technology, so there might come a time when silver is the new gold. Silver is more volatile than gold. In ancient Egypt, silver was valued more than gold because it was rarer than gold. Investing in silver protects against inflation caused by money printing and persistently near-zero interest rates. 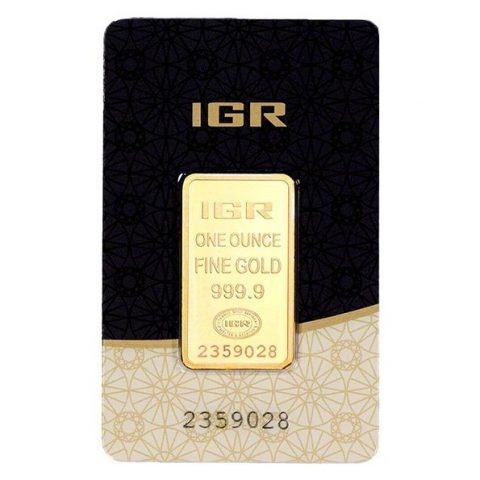 Istanbul Gold Refinery has become a global leader in the production of 1 oz 99.99% fine bullion bars. The 1 oz bar is a sound choice for value bullion investors.