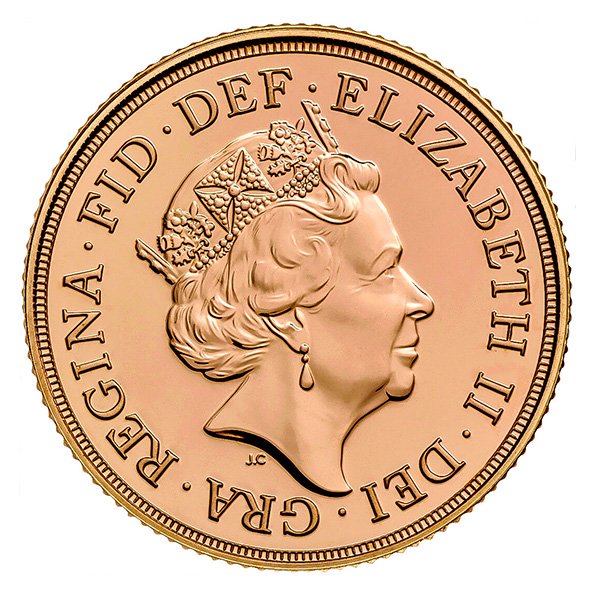 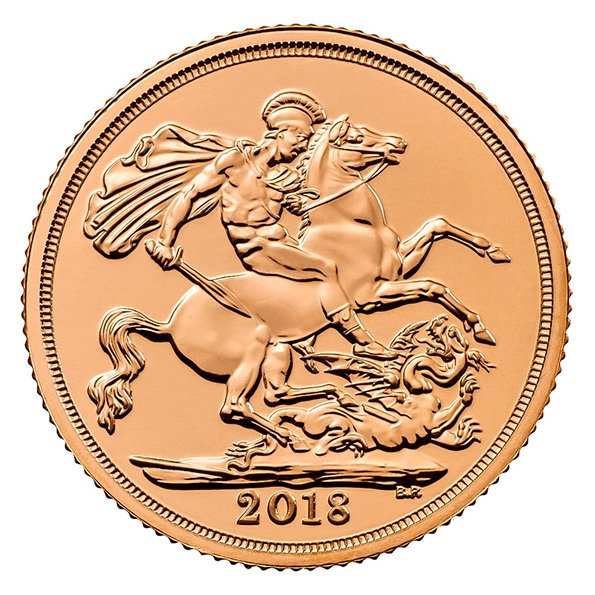 The British Gold Sovereign is a unique gold coin; it contains 0.2354 oz of gold. It has a global history dating back to 1817 and is now restruck by the British Royal Mint.

With a long and winding history, the Gold British Sovereign has truly been through it all, but over the years this coin’s staying power has proved undeniable, and its collectibility has never been higher.

First struck in 1817, the coin’s name derives from the original English gold sovereign, last struck over 400 years ago. The “new” sovereign was minted as part of the Great Recoinage of 1816.

About the Gold British Sovereign Coin

The coin contains 0.2354 ounces of actual gold weight. The obverse features a portrait of reigning British monarch Queen Elizabeth II. Designed by Jody Clark, her majesty looks regal indeed, garbed in a royal diamond diadem. The reverse depicts the patron saint of England, St. George. The saint is seated atop a kicking horse, with a sword in his right hand as he advances upon a wounded medieval dragon.

History of the British Sovereign

From the middle of the nineteenth century until 1932, the sovereign was pressed at colonial mints in Australia, Canada, South Africa, and India — as well as at the British Royal Mint. By 1887, all coins no matter the mint of origin would feature the St. George design on the reverse side.

When the First World War began, the coin disappeared from circulation, replaced by paper currency, and did not return until demand for the coin rose again in the 1950s, at which point the Royal Mint began production of new sovereigns.

Starting in 1979, the British Sovereign was issued in proof condition for collectors as well. There have been five designs of the Queen, the penultimate one being drafted by Ian Rank-Broadley in 1998 and used until 2015. A new portrait of the queen by Jody Clark became standard in 2015.

Few coins come with so much history attached. Whether for the numismatic enthusiast, gold bullion investor, or student of history, this a great coin for any collection.

As always, the Midas Gold Group is more than happy to advise prospective buyers on whether the Gold British Sovereign coin is right for your collection. Any coin bought from us will always come to you in the beautiful condition to meet and exceed your expectations.