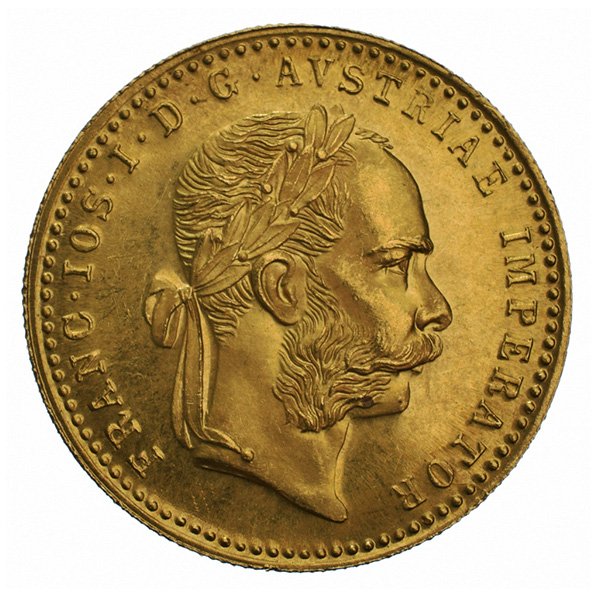 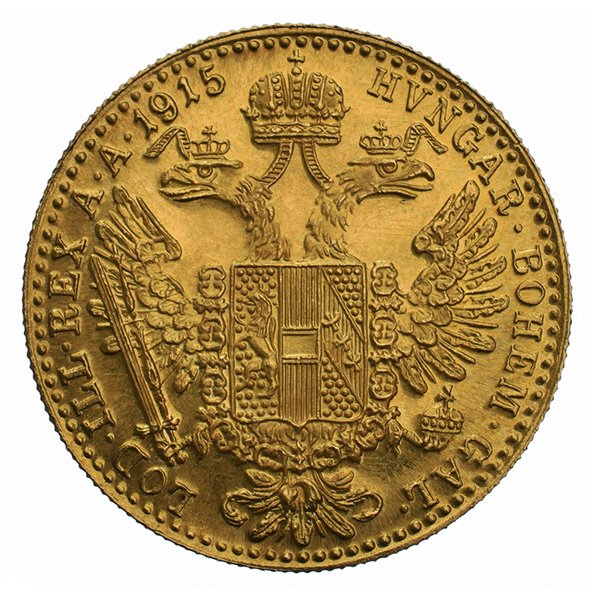 The Gold Ducat was a primary form of currency in the Austrian Empire of the 12th century. Today’s coins are restrikes from both the Dutch and Austrian mints.

The coin offers a 98.6% fineness, unusually high for a bullion coin formerly in regular circulation. Nowadays, the ducat is an item for investing in rather than spending, but it’s still produced according to the old formula, by the venerable Austrian Mint, one of the oldest in the world.

About the Gold Austrian-Dutch 1 Ducat coin

With a purity equivalent to almost 24 karat gold, the 1 Ducat Gold is a re-strike of the 1915 ducat, in tribute to Emperor Franz Joseph I, and new coins still maintain the inscribed 1915 date. The ducat is manufactured according to its historic design and characteristics, making this coin very unusual and raising its value as a collector’s item.

The obverse side depicts the aforementioned Emperor Franz Joseph I, while the reverse displays the official seal of Austro-Hungarian Empire and the Habsburg Dynasty.

The History of the One Ducat gold coin

The Austrian Mint boasts a fascinating history as well: The mint was founded in 1194 with proceeds obtained from the ransoming of England’s King Richard I, who was kidnapped on his return from the Crusades by Leopold V of Austria. Ducats came along some time later, in 1612, and were used heavily in trade with other nations until the outbreak of the First World War. The ducat was reinstituted in 1920 but as a collectible rather than a trading coin.

All ducats produced after 1914 feature the 1915 date, in commemoration of the Emperor, regardless of their actual date of production.

The 1 Ducat gold coin represents an excellent opportunity to invest simultaneously in a piece of commemorative history and an unusually pure piece of bullion.

However, we advise you to be careful when purchasing this coins from some other dealers. We have seen that certain companies market and sell Gold Austrian-Dutch 1 Ducats as rare collectible coins with a certain collectable value. They also claim that these rare coins will be exempt from a gold confiscation. These are false claims, when selling these coins, you will find that they are not rare an no buyer will pay a collector premium for these now modern-minted coins.

As always, Midas Gold Group is a trusted recourse to help novice and experienced precious metals investors find the right assets at the right price. Any coin, including the Gold Austrian-Dutch 1 Ducat, bought from us will always come to you in immaculate condition straight from the mint itself.