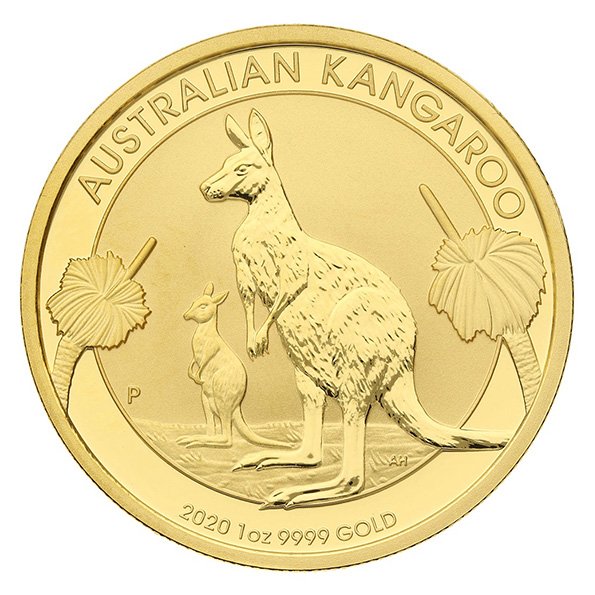 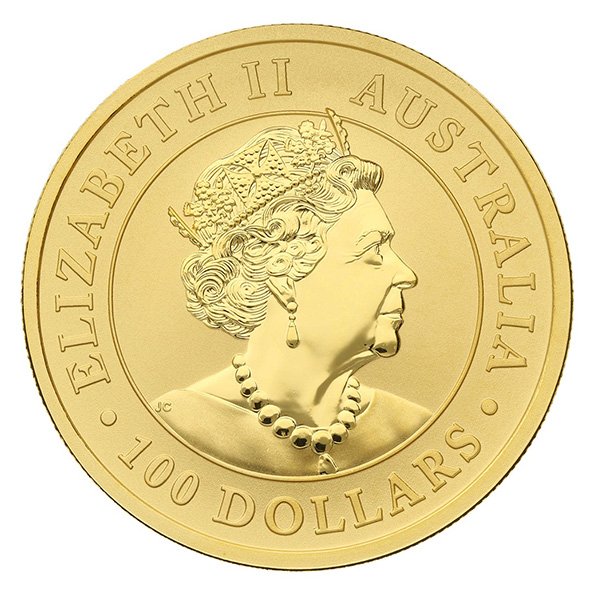 The Australian Kangaroo Gold coin series is produced by the Perth Mint in Australia dating back to 1987 and is a popular .9999 pure gold coin among investors.

The featured Australian Gold Nugget (also known as the Gold Australian Kangaroo) is a gold bullion coin minted by the Perth Mint. These coins are minted in denominations of 1⁄20 oz, 1⁄10 oz, ¼ oz, ½ oz, 1 oz, 2 oz, 10 oz, and 1 kg of 24-carat gold. The coins hold legal tender status in Australia and are one of a select few legal tender bullion gold coins to change their design every year, another being the Chinese Gold Panda. Due to this and their limited annual mintage may, unlike for many other bullion coins, raise their numismatic value over the value of gold used.

Originally (until 1989), the reverse of the Australian one-ounce coins simply featured various pictures of gold nuggets (gold in a raw unrefined form). The first strike of these coins to display different kangaroos was seen on the proof coin edition of 1989. The Kangaroo is a world-recognized symbol of Australia. This design change has lead to the coins being sometimes referred to as Gold Australian Kangaroos. The Australian Gold Nugget is not part of the Australian Lunar Gold Bullion coin series and should not be mistaken for such. Though both coins are minted by Perth Mint and have .9999 purity, the Lunar coins use images of different animals from the Chinese calendar instead of the kangaroo.

The Australian Gold Kangaroo coin is a display of all things considered Australian — the great outdoors, unique fauna, and gold. The coin is minted in pure gold to the exact standards set forth by the Perth Mint. On its reverse surface, the Gold Australian Kangaroo features a kangaroo along with the Perth Mint’s traditional P mint mark also appearing on the surface. On the obverse surface of the coin, appears an effigy of Her Majesty Queen Elizabeth II along with inscriptions of the face value and purity of the coin. The 1 ounce Gold Kangaroo has a face value of AUD 100. The Gold Australian Kangaroos are legal tender under the Australian Currency Act of 1965 and guaranteed by the Government of Australia.

Since 1899 the Perth Mint has been the official minting authority of the Australian Government and owned entirely by the state government of Western Australia. The Perth Mint’s global reputation is impeccable and is known for some of the finest gold coins and bars among bullion buyers worldwide. This high purity Australian Gold Kangaroo is acceptable for purchase in an IRA or retirement plan.

At Midas Gold Group, each of our 1 oz Gold Australian Kangaroo coins are in immaculate condition and comes in mint condition in its box along with its original Certificate of Authenticity. We cannot always guarantee choice of year, however, as our inventory shifts, we will send a 1 oz Australian Gold Kangaroo from a year of our choosing dependent on our available stock. 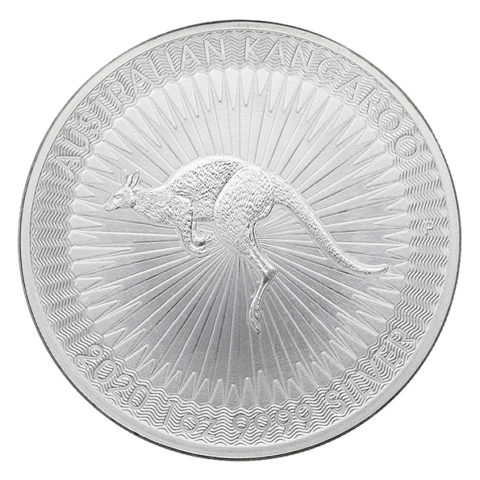 The Australian Kangaroo is a popular .9999 pure silver by the Perth Mint in Australia; it is Australian legal tender and has a distinctly different design yearly.