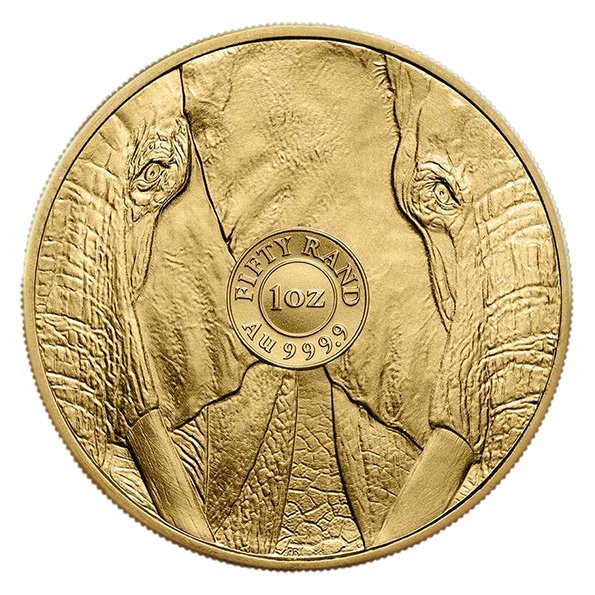 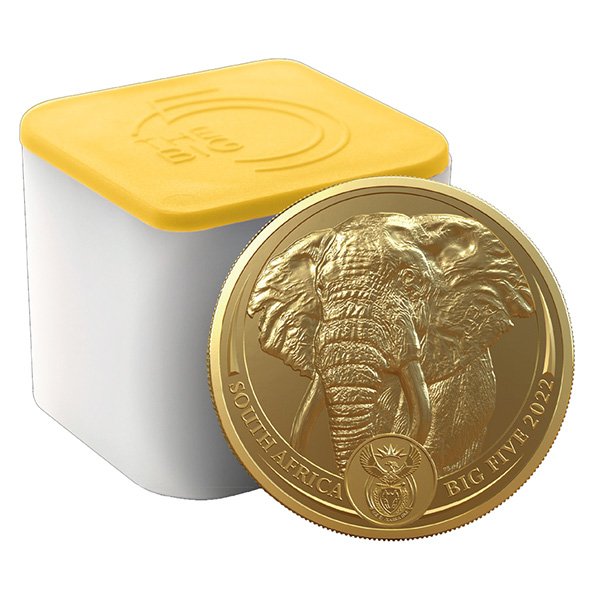 Big Five Elephant Gold 1 oz is the first in a new successful series of bullion coins from the South African Mint. The Big Five series is highly regarded worldwide and are 24-karat gold.

The South African Mint added a new collection of precious metal bullion coins outside of its incredibly successful Krugerrand series, which began in 1967. The Big Five bullion coin program of 2019 has done so well that a second edition of the series was launched at the end of 2021.

The Big Five term used to mean Africa’s most dangerous animals to hunt. As the project developed, the program organizers wanted to shift the focus to celebrating Africa’s wildlife. The Big Five is a tribute to those who protect these endangered animals. The Big Five are the following:

The popularity of the Big Five coin program draws attention to the plight of these endangered species and as a reminder to do more for conservation. The series are released in stages every six months and are available in platinum, gold, and silver. The gold coins are available as standard 1-ounce coins, a 5 Krugerrand combination set, and ¼ oz.

The premiere edition of this landmark series is striking in all respects. The Big Five Elephant Gold coin has a visual composition matched by the perfect craftsmanship you’d expect from a world-class mint.

A portrait of a Savannah Elephant dominates the obverse side of the coin. The composition is framed by encircling horns which direct our attention to the South African coat of arms in a way that is organic to the layout. There is no mint marking per se, only the inscription: SOUTH AFRICA, BIG FIVE, followed by the year of issue.

Designer RC Stone created the reverse layout, which depicts the partial heads of two elephants crowded next to each other. The two elephants seem to overtake the reverse of the coin. The design itself works on multiple levels. It reminds us that more room is needed for the elephants, and it serves as a piece of a larger puzzle. The two halves of the elephant’s face are meant to form one elephant when two or more coins are placed together. It’s an ingenious idea—an entire herd of elephants forms when multiple coins are placed next to each other.

The elephant on the left side of the reverse seems to have its eye fixed on the target in the middle of the coin, which shows the inscription: FIFTY RAND and AU 999.9, the fineness of the gold content.

Paul Botes is the engraver of the Big Five Elephant Gold coin.

The managing director at the South African Mint, Honey Mamabolo, says the Big Five series has proven to be a popular choice amongst global collectors since the launch of the series in 2019. She said, We are proud to introduce this latest range and emerge with this success story following a tough economic period for the country and the whole world due to the Coronavirus pandemic. The Big Five coins have changed the game for us.

The Design of the Big Five Elephant Gold Coin

The animal selected for the premier edition of the Big Five series is, appropriately enough, the Savannah Elephant. The elephant is a majestic animal known for its long memory, natural empathy, and tendency to make personal sacrifices for the well-being of others.

JA Geldenhuys, the talented artist who designed the obverse of the Big Five Elephant Gold coin, captures the striking character of the world’s largest land animal. The artist depicts the Savannah Elephant with strength, compassion, and intelligence. There is gentleness and dignity to the expression.

The design not only makes for a beautiful coin but serves to draw attention to the endangered animals that so richly represent Africa.

Just after the discovery of gold in the South African Republic, President Paul Kruger used the opportunity to establish a national mint on July 6, 1892. The new Mint would enable the nation to become an independent producer of its currency. It would also solve the shortage of coins.

A new monetary system was introduced when South Africa became a Republic in 1961. The new currency was designed to replace British coinage. New coinage ranged from half a cent to a gold 2 Rand. The privately owned South African Reserve Bank took over the Mint in 1980. 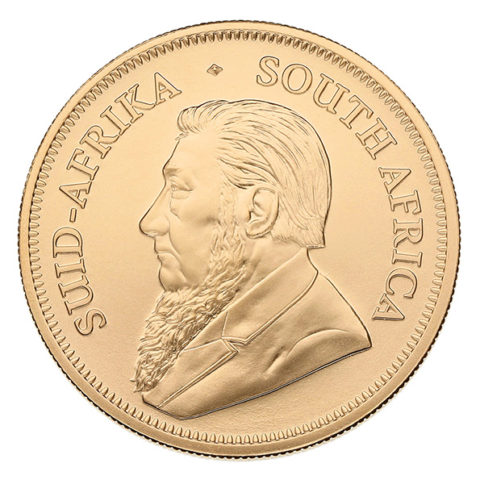 First released in 1967, the South African Gold Krugerrand is the world’s oldest modern-minted 1 oz gold bullion coin and one of the most popular among investors.