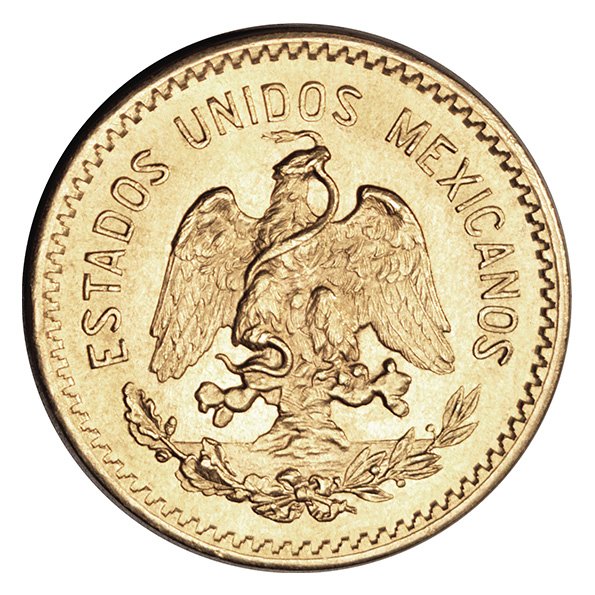 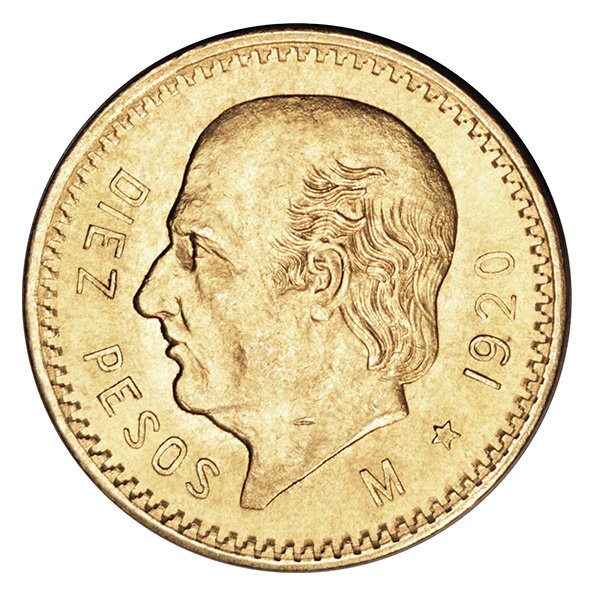 Composed of 90% fine gold and 10% copper, the 10 Pesos Gold Coins from Mexico are popular because they are affordable to buy fractional gold and have historical significance.

To hold one of these coins in your hands is to understand how important the coinage was to the Mexican people. A great deal of thought and care went into the design and creation of the whole family of Mexican Gold Pesos.

As the second smallest gold bullion coin from Mexico, the 10 Pesos Gold Coin is an inexpensive way to enter the gold market. The 10 Pesos Gold Coin is composed of 9 parts gold and one part copper and is an excellent way to diversify an investment portfolio. Because of this alloy, the coins are durable. Many specimens have been well preserved over the years.

The 10 Pesos Gold Coin is a bullion coin for bulk investors. Numismatic collectors view it as a historical commemorative with tremendous historical value.

The Mexican Gold Peso was, at the time, the purest gold coin produced. Originally based on Spain’s official currency, the peso has the oldest currency in North America and is today the official dollar of Mexico.

As the country’s official currency, the peso is minted as coins of varying denominations and printed as paper banknotes. All pesos, both historic and modern, are products of the Mexican Mint. All sovereign coins have a deep historical connection to their country of origin, which is certainly the case with the 10 Pesos Gold Coin of Mexico.

During the Spanish colonization of Mexico (1517–1821) and the fall of the Aztec empire, the first peso appeared. It was a small gold coin. At the time, Mexico did not have a currency of its own, which made the exchange of goods and services between the conquistadors and the residents difficult. At first, Mexicans promptly shipped freshly mined precious metals to Spain.

The first Mint was built in Mexico City around 1536, over 250 years before the first national Mint in Philadelphia was even conceived. The first batch of coins was created according to Spanish guidelines and included the reals, escudos, and then the larger five, ten, and twenty pesos. It wasn’t until 1863 that the first coins from an independent Mexico went into circulation. Gold pesos from the United States of Mexico started in the 20th Century.

In 1904 the National Bank of Mexico issued its first sovereign Gold Peso, and it was a huge event for the people of Mexico.

The Design of the 10 Pesos Gold Coin

The design and craftsmanship of the Mexican Gold Pesos are beautiful, but they are unusual. Most coins feature an important leader or political figure on the obverse. The 10 Pesos Gold Coin uses the well-known Mexico Coat of Arms image of an eagle capturing a rattlesnake. It is a symbol of good triumphing over evil or truth and justice overcoming tyranny and oppression. The life and death struggle the design represents is symbolic of Mexico’s rise and triumph over the Spanish. The United States of Mexico surrounds the scene as a declaration of independence.

The reverse portrays Miguel Hidalgo, a catholic priest who led the revolutionary war against 300 years of Spanish occupation and tyranny. Known as the father of Mexican independence, he remains at the heart of Mexican culture. The 10 Pesos Gold Coins celebrate his memory and his commitment to liberty.

Mexico won its independence from Spain in 1821. Although Mexico’s independence did not take hold immediately, and the nation struggled to get on its feet for many decades, the year 1821 holds special significance in the heart of every Mexican as the year they won their liberty from Spain.

The Mexican Government paid homage to the anniversary of its independence from Spain with the 1921 release of the Mexican Peso. The Peso series has since become the country’s most iconic coinage. 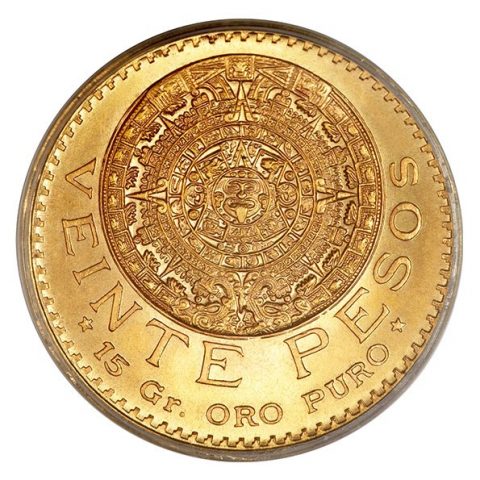 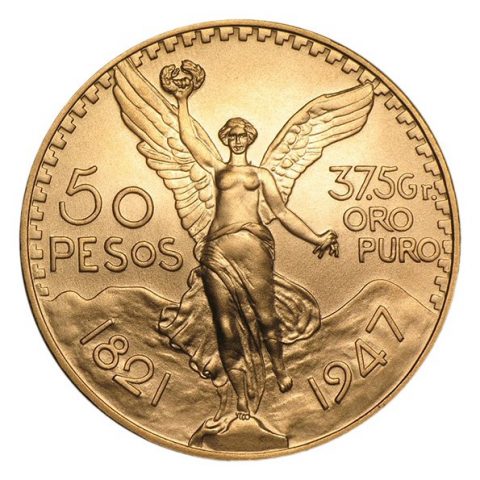 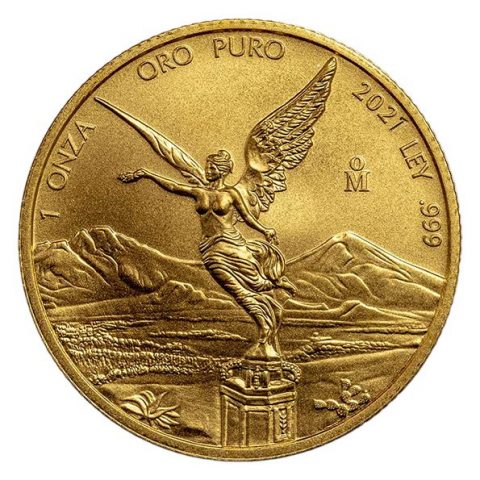