James Longacre’s official revision to the first Gold Dollar is by far the scarcest of the gold dollar series 1, 2, and 3. Longacre had just released the $3 Gold Piece and was ready to address some of the problems he had with striking coins from his first dollar design. The first thing he did was to increase the size to 15 mm. Since the diameter was increased, the thickness was reduced to make up the difference.

History of the $1 Liberty Head Type 2

From a technical minting perspective, there were problems with the new design. The Liberty Head was in such high relief that it prevented enough metal to flow around to fill in the inscriptions on the reverse. So there was a consistent challenge to get a full strike on both sides of each coin. Accordingly, most examples were weakly struck with the worst areas being the two central figures of the 4-digit dates. Longacre was not an experienced engraver, but he saw the problem and began working out ways to fix it later. Gold dollars from 1850 onward had hand-punched dates from four-digit logotypes.

This type has poor strikes and typically weak high points. A well struck Liberty Head Type 2 with full details do exist, but are extremely rare.

Type 2 Gold Dollars were minted at the Philadelphia Mint the first year. Philadelphia produced 5 Proof Strikes in 1854 and less then 15 in 1855. The new West Coast branch of the Mint in San Francisco was the only Mint to create this type during its last year. The 3 Southern branches of the Mint made the Liberty Head Type 2 coin in 1855 with Dahlonega and Charlotte Mints creating a limited number of releases.

A complete set of Type 2 Gold Dollars (6 coins) would be prohibitive cost wise for most investors and collectors. Most people collect this as a type coin and focus on acquiring 1 high-grade specimen. The rarest date for Type 2 is the most elusive 1855-D. All dates in Gem condition are highly desirable. Proof examples from the Philadelphia Mint in 1854 and 1855 are known but expensive.

Be aware of convincing counterfeit examples of gold coins. If you are not an expert yourself, insist on buying coins from a reputable dealer who guarantees everything sold.

There are many superb coins available, but for coins released in the 1850s, the astute collector will have to be patient. Liberty Head Type 2 Gold Dollars can be a fascinating specialty to collect by date and by Mint of origin. Midas Gold Group recommends, as a possible way to begin, to acquire one of each type first, and then investigate the C and D minted coins. Other interesting pieces can be added as your investment collection grows. 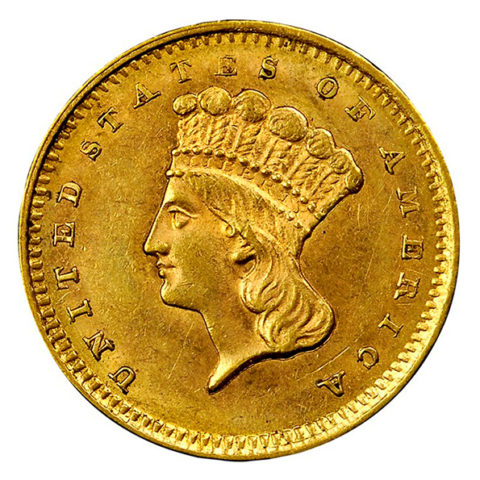 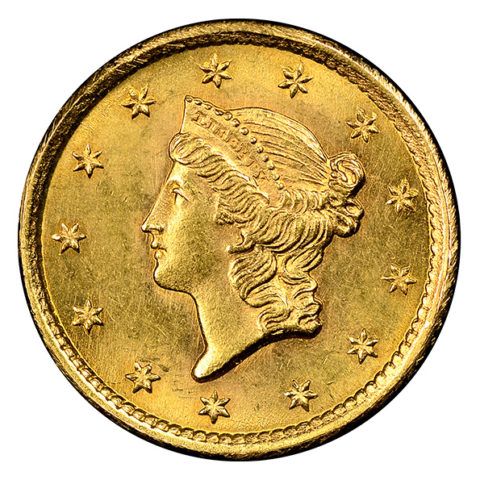