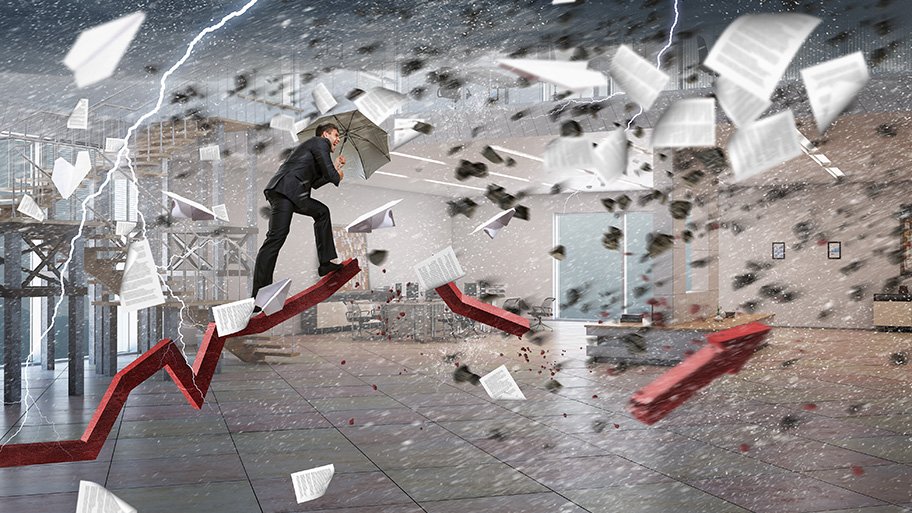 The World is on the Brink of Financial, Economic, and Socio-Political Crisis

What’s the new risk-free? That’s the question during this time when government bonds can’t provide the safe haven they traditionally offer as an asset class. In 1998, when equities fell, if you had bonds, you did really well. Because bond prices went up when equities fell. If you did your portfolio rebalancing and sold out your bonds and bought equities at every bump along the way, you did well.

But every crisis has been about a bubble bursting in emerging markets. For example, in 2007, it was credit markets. In 1987, it was the stock market. In 2000, it was in tech. What we never had to cope with before is when there is a bubble in the risk-free asset class. What happens when that goes pop? What’s the new risk-free?

How bad could things get?

In an environment where the West finally wakes up and takes the medicine, it’s going to affect everybody including emerging markets. In the US Bond markets, there are 3 trillion dollars of corporate debt sitting at triple B. Everywhere you look in the United States it’s immersed in debt. The government debt under President Trump is out of control. Students are up to their ears in debt. Corporate America is the most highly leveraged it has ever been. The US high yield market is only at 1 trillion dollars. If some of these highly leveraged triple B names are faced with an economic slowdown, and their business models fall apart, then they’re going to start sliding into double B territory. Who is going to bail them out then? One trillion of new high yield debt just doesn’t go into an existing one trillion dollar bond market. It will have to massively re-price itself. Of course, as it re-prices, it further blows up this highly leveraged model.

What does that mean for you and me? It means the US government has promised to pay people for healthcare, unemployment, social security, and so on in the amount of 120 trillion dollars. The problem is that they haven’t funded it. That’s why it is an unfunded liability. There’s no way they can ever pay this money. There’s going to be a fight over what gets paid and what doesn’t. Who gets the claims that the government can pay and who doesn’t?

The British government is in similar shape. The finances in the western hemisphere are in shambles. The governments in Asia are in much better shape. The Chinese government, on the other hand, is solvent. They have low levels of debt and low levels of liabilities. The state-owned enterprises are massively profitable.

Incredibly, the markets are just now waking up to this reality. Every time volatility has raised its ugly head they have cut interest rates and/or printed money.

Recently, the Fed cut interest rates a quarter point. It’s the first interest rate cut since 2008. Why? The economy has been growing. Unemployment has been low. Why this cut? One argument is that the Fed is concerned that global economic growth is slowing down. The trade wars, adding fuel to the fire, creates a climate of uncertainty. The Fed is also concerned that inflation is below where it wants it to be.

This is not good news for those of us saving cash.

The cost of borrowing is going down and so is the return on your savings.

You’re going to see lower rates on your savings, checking, CDs, and your Money Market accounts. This is one of the reasons why it is good to have gold or silver instead of cash. Remember, as the value of the US dollar diminishes, gold and silver will correspondingly adjust itself. As Robert Kiyosaki has said a number of times during his money presentations,

For borrows, the Fed cutting rates is good news. This includes anything tied to the short-term interest rate like credit cards, auto loans, and home equity lines of credit.

If the US economy appears to be in trouble, the Fed might cut interest rates to drive economic growth. When the Federal Reserve raises or lowers interest rates, investors may see changes in the stock market immediately. The decision recently to reduce interest rates marks a shift in the Fed’s position on where the market is heading. It also came after President Trump put pressure on the Chairman he selected.

What are the most resilient stocks to have during a time of low interest rates?

It seems as though the Federal Reserve Chairman Jerome Powell has given in to political pressure and cut interest rates by a quarter.

What does this mean for the investor?

The goal of the Fed is to keep the US economy healthy in two ways: minimizing unemployment and stabilizing inflation. The Fed does this by either decreasing or increasing interest rates. Now, historically speaking, the Fed has responded to weak economies by cutting interest rates. The goal is to nudge the economy in the opposite direction than it’s going. But wait a moment. Our economy isn’t weak, at least not according to the growth of our job market. Interest rates are generally good news for the stock market.

The question is, as volatility rises up, will the banks be able to once again cut rates? Can the Fed continue to print more money? The answer is probably not. I think we’ve used up all the get-out-of-jail-free cards. If the Fed does come out with another round of QE, the banks will go bust. You can say good-bye to your pension funds. Insurance companies won’t be able to function, and the markets will be screaming. I doubt that the public will stand by and watch another Wall Street bail out. Will there be social unrest? It’s possible. Once again, I urge you to look at the rise and fall of civilizations in the past. Civilizations like Athens and Rome have all fell apart because they debased their currency, consumed more than they produced, and didn’t continue to feed and nourish the hen that laid the golden eggs.

Strap on your seat belts, ladies and gentlemen. We are on the top of the rollercoaster looking down and it’s going to be a wild ride. In addition to your seatbelt, you may just want to put a blindfold on so you don’t have to see what’s coming.