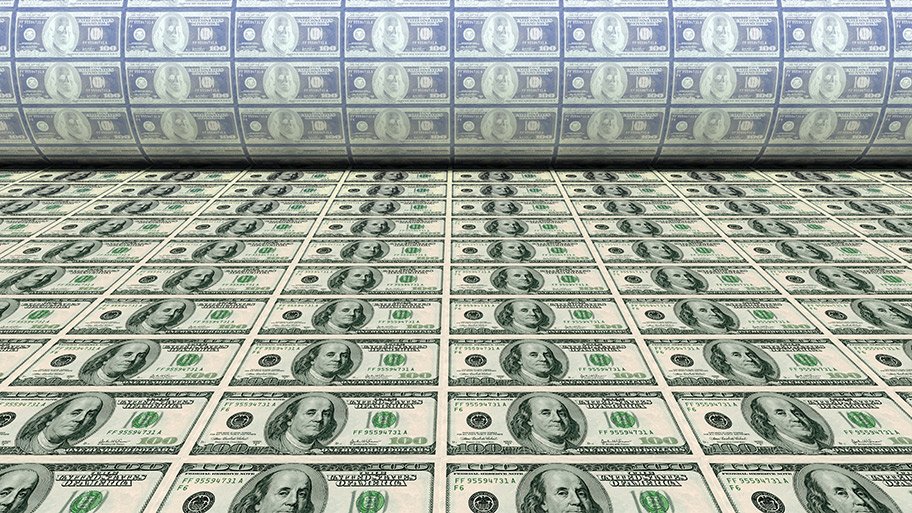 Last week the World Bank warned that global growth is slowing. At the same time, central banks around the world have signaled they are ready to start the printing presses again in one way or another. Also, recent comments from a Federal Reserve official about rising levels of corporate debt and financial stability (possible debt bubble) are interesting, to say the least.

The last time we had a “bubble burst” the price of gold and other precious metals took off and it has happened before. In 2007, all the Federal Reserve and government officials said everything was fine since it was “all under control”, then the collapse happened as the bubble burst. Millions of folks lost their homes and wealth. The government saved the banks and gold soared from $700 to $800 an ounce and ended up at $1,900 an ounce. Since then the debt has gone sky high.

Federal Reserve Member Lael Brainard said during an interview last week one of the things that we do now that we didn’t do pre-crisis, is we publish a report twice a year that systematically goes through and looks for potential risks to financial stability. And in the last two reports, what has clearly shown up as an important risk is that risky corporate borrowers have taken on a lot of debt in this recovery. And as we know, when there is a recession, it’s precisely the riskiest corporate borrowers that do the greatest layoffs.

Now the debt is piled sky high and central banks are trying to push inflation up. More debt they say is the cure. It is “all under control”.

What happens if a new nuclear arms race becomes evident, (we know Iran is going to have one eventually) who knows where the price of gold will go, will it double?

Getting the printing presses ready, what the Federal Reserve and other central banks are doing

Either they know something we don’t, or the Federal Reserve and Congress are just recklessly tossing money out the window.

Why does it matter to you?

Because it means you get little to nothing for your savings in the bank and the risk is that corporations have borrowed so much that if the economy slows or worse yet the bubble bursts and what has happened in the past happens again. Turmoil in the economy.

Keep your investments diversified and own something the central banks cannot print with the flip of a switch such as gold and other precious metals. After all printed money is only backed by the good faith in government and that debt is over 22 trillion dollars (we stopped using the word billion years ago).

For all we know, stocks and corporate debt are in a bubble and have been for some time now. If that bursts and investors may be unwilling to pay up for stocks and the stock market goes sideways and money flows elsewhere into bonds and other assets like gold and precious metals.

What can upset the apple cart?

If something occurs that causes businesses or the consumer to take a deep breath and say wait a minute or some sort of calamity or series of unforeseen events happen.

For instance, last week the Chinese Red Army warned the US about selling arms to Taiwan and a Russian ship nearly collided with a US Navy guided missile cruiser. According to Navy officials, the US and Russian warships were only 50 feet to 165 feet apart. Both sides blamed each other. This incident comes only a few days after the US Navy accused Russia of intercepting a US aircraft.

What if investors begin to move money around or some incident occurs between nations supposedly at peace? What will gold and precious metals do?

It only makes sense to have some portion of your portfolio in gold and other precious metals.