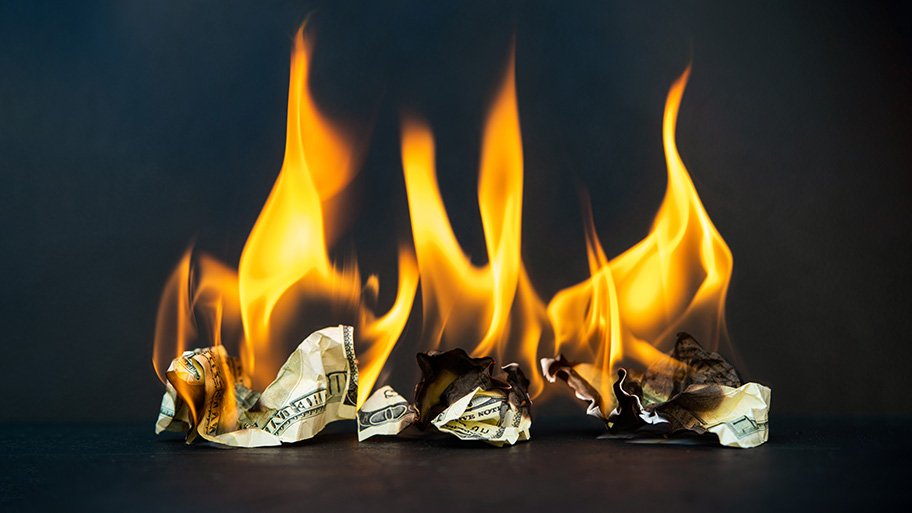 The talk of generation X is when the next stimulus payment is coming so they can deposit in their free trading stock account app. Baby Boomers are wondering what stocks they can speculate with to retire rich. Seasoned investors are wondering what happened to good sound money principles. Less than a month after a $1.9 trillion stimulus package, the Biden initial campaign pledged to invest $2 trillion in spending over the next four years for a new spending bill. The bill is touted as an infrastructure bill even though less than 20% of the spending in the bill is actually dedicated to infrastructure. The $10 trillion Markey-Dingell proposal over the next decade shortly followed looking for the increased responsibility of underwriting education, determining incomes, generating higher-paying jobs, empowering labor unions, restricting big businesses from dominating their markets, more lending to minorities, and less money for fossil-fuel projects. All of this assumes the government can be a primary driver of growth. The notion that government can spend money wisely and allocate resources wisely has been disproved many times before.

Central banks are trying to plan their way to prosperity. Any country that has tried this in the past has ended in a complete and utter failure. The private sector powers economic growth and opportunity. It is best to limit the resources that are consumed by the government. Governments are getting bigger; thus, opportunities are getting smaller. Central banks are taking over more control of the markets every day. Free markets are a thing of the past. Markets are now government-controlled to a very large extent. The new Biden infrastructure bill seeks to give Washington a new commercial role in matters ranging from charging stations for electric vehicles to childcare. Any benefit to this plan will be in the way distant future. Current resources that the economy desperately needs now for consumption will be redirected to the building of all the infrastructure that is not going to pay off until years into the future. Improvements are important and necessary, but who is going to pay for all of this? We already have more debt than ever. If the government handles anything, the cost is always greater than it could be. I am sure it will be friends and family affair. Maybe jobs will be created, but they will be overpaid jobs that will not help this economy in the short run. This plan will drain an already shaky economy reliant on printed money and debt.

Joe Biden unveiled details of his $2 trillion-plus infrastructure plan complete with tax hikes. The claim is that this is going to strengthen the economy and create opportunity. The tax hikes primarily target corporations increasing the corporate tax rate to 28% from 21%. People who earn over $400,000 per year will also see a big hike in taxes. Your cash in the bank and your stock gains will be taxed at a much higher level. The infrastructure bill would drastically increase the inheritance tax. It would eliminate the step-up basis for beneficiaries. Real estate left to heirs may have to be sold just to pay the taxes on the inheritance left to them. Biden said they were not meant to punish people. They are intended to create opportunities for others. So the government is going to take money away from the entrepreneurs who earned it and have the government spend it to create opportunities for others. Taking money away from corporations now and local businesses will be taking money away from new plants and equipment, research and development, expanding staff, and other investments that could have been made for greater production. The government has never been able to do any of that efficiently. The opportunities that the government is going to create and provide to the public are going to be at the expense of the opportunities that the private sector would have created and provided if it had the resources to do it. Politicians and central bankers can’t create opportunities that lead to sustained growth. Free markets throughout history have done that.

Spending is more out of control than ever

President Obama took debt from $10 to $20 in eight years. President Trump took debt from $20 trillion to $28 trillion in four years. Biden added $1.9 in February. Now, he is expected to propose trillions more to address health care coverage, an extension of the expanded child tax benefit, paid family and medical leave, and other efforts aimed at families. The newly proposed $10 trillion Markey-Dingell proposal for infrastructure and climate change does not include $1.4 trillion on veterans’ programs, $6 trillion on Medicaid, $8.5 trillion on defense, and $8 trillion on all non-defense discretionary spending.

Governments spend too much and pay workers too much. It can pay whatever it wants, especially since it can print the money. In the private sector, you must make sure you do not overpay because you must be able to sell the goods and services you produce. If you pay your workers too much, the prices of your goods and services will be too high to compete. An increase in wages might sound good for workers overall, but these increases spent by the government will be from printed money. Many of these government jobs will not produce anything with this infrastructure bill. Many will be paid through printed money that continues to lose value. Increased taxes will not save a falling US currency. Printed money in the short term has little value, but as more and more is printed, that currency is devalued greatly and eventually implodes.

Look at the facts folks. The past few decades and now the immediate future points directly at inflation, financial freedoms and privacy are gone, increased taxes, more government control, less capitalism, the disappearance of free markets, a weaker dollar, and spending that could only lead to an inevitable debt implosion. The markets are very dangerous. A small hedge fund last week shook the markets by having too much leverage and making a bad bet. Viacom lost half of its value in a week because of this. How many more of these rogue funds exist out there? There is a lot of leverage and many land mines out there.

The best way to pass on wealth, combat inflation, keep your buying power, keep your financial privacy and freedoms is to move assets out of the banking system and financial markets into physical gold. For 3000 years physical gold is real wealth, protection against a rotten financial system and constantly depreciating currencies, protection against the biggest global money printing exercise in history, a hedge against upcoming inflation, diversification from an unfixable debt situation, and your insurance against the coming end of a monetary era when all currencies and bubble assets will implode. You can today own this insurance of gold and silver at a ridiculously low price. This insurance might not be available at any price soon. Gold demand is historically high, while inventory is historically low.