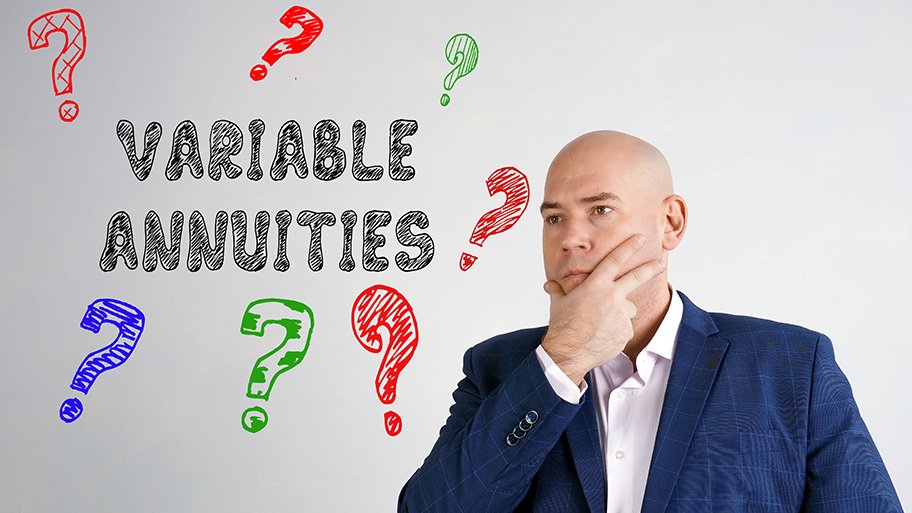 Variable Annuities Come with a Substantial Level of Risk

Wise investment advisors generally consider their clients’ long-term financial goals, meaning the goal at least ten years in the future. While Midas Gold Group is not and should not be confused with an investment advisory firm, we have spent decades helping investors put money into private long-term assets. As the government spends trillions of dollars that will simply be printed out of thin air, we see paper assets in the bubble of all bubbles. There is $280 trillion of global debt and possibly over a quadrillion dollars in derivatives. For those who have never seen a quadrillion, it looks like this: 1,000,000,000,000,000. It is hard to process that many zeros so some think of it as a thousand trillion. For the visual person, if you stacked a quadrillion dollar in three stacks, each of those stacks would reach from Earth to Venus.

Legacy and wealth preservation means diversification out of some paper assets. A nest egg needs an asset to hold its value in real terms, not paper dollar terms. Many clients are holding or thinking about a variable annuity. In this week’s article, we would suggest giving that some serious thought and about where we are today as a broken financial system on fumes.

What is a Variable Annuity?

Risk of loss is a term used in contract law to refer to the liability of a carrier, borrower, or user of property or goods, or an insurance company to compensate if there is damage or loss. Between the time a contract is made and the time it is fully performed, goods identified to the contract may be lost, stolen, damaged, or destroyed. The risk of loss law determines whether the buyer or seller is financially responsible for the loss. Your investments could fluctuate in value, leaving you with less money than you put into the annuity. In such a high market, losses from this point in the market are likely over the next ten years and not everyone has the time or wallet to absorb that.

When you withdraw money from an annuity it is taxed as ordinary income. There might be a significant increase in taxes due if you start taking withdrawals before your income drops in retirement. If there is a big enough difference between your ordinary income tax rate and the capital gains tax rate, you could lose all of the benefits of using a tax-deferred annuity to save for retirement. The Biden administration is already raising taxes. Spending is out of control and debt is already historic. Many won’t be able to afford higher taxes and a lower dollar.

Did you ever wonder why you can’t touch your variable annuity money until many years down the road? Is it any coincidence that variable annuities pay your advisor the highest commissions? This penalty to you is basically so the insurance company isn’t on the hook for all those high commissions paid to advisors when the annuity is originally opened by the client. Make sure to include fees when comparing annuities with other investment options. If you withdraw money before the end of your annuity’s waiting period, you pay a surrender charge. You also pay an annual administration fee, plus any investment fees charged by the mutual funds in your account. Mortality and expense fees will apply if your policy provides a death benefit. High fees over time significantly reduce returns that could have been made in another vehicle.

Forfeiture is a broad term that can be used to describe any loss of property without compensation. Forfeiture may be privately arranged. For example, in a contractual relationship, one party may be required to forfeit specified property if the party fails to fulfill its contractual obligations. If you annuitize your account—that is, request regular payments from it, based on your life expectancy—and die before you receive all of your deposited funds, you could forfeit the account balance to the annuity company. Options can be taken out to possibly avoid this, but come on, this is complicated. When terms are complicated, the consumer is in a tough spot to understand how their money is invested. Simplicity is, as simple as you make it.

The intent of this asset is not to disparage any annuity purchase. A variable annuity may very well be a wise addition to a diversified financial plan. However, our point is that it is not without risk and probably it’s a financial plan in and of itself. Yes, an annuity can produce a stream of income. But will that income be enough in twenty years when the dollar keeps falling and buying less in the future? This income has little chance to keep up with the cost of living at this pace of close to 10% a year. Consumer prices are rising nearly 10% not 2% like the CPI Index or television would lead us to believe. 2% yeah right. Where do prices of food, insurance, gas, utilities, rent, tuition, and restaurant checks, alcohol, car prices, landscaping, movies, internet services, etc. go up less than 2% a year? Not all of us live on a deserted island or in the woods off the grid hunting for our food. There is one product that always keeps up with the cost of living. There is one product that always holds your buying power over time, physical gold.

According to the Morris County Library of Historic Prices, a dollar bought 30 Hershey’s chocolate bars in 1913. After the Federal Reserve Act in 1913, gold criminalization in 1933, The Bretton Woods Agreement in the 1940s, the elimination of the Gold Standard in 1971, Quantitative Easing in 2008, and the 20% growth in money supply in 2020, one dollar buys 1 McDonald’s small coffee. A $20 gold piece in 1913 bought a man a nice suit. In 2021, that same $20 gold piece still buys a man a nice suit. Good luck finding 30 Hershey’s chocolate bars for $1 today. It’s obvious; the US dollar always buys a lot less in the future. Physical gold at a minimum keeps up with the cost of living. Physical gold is the only form of real money for 3000 years and counting.