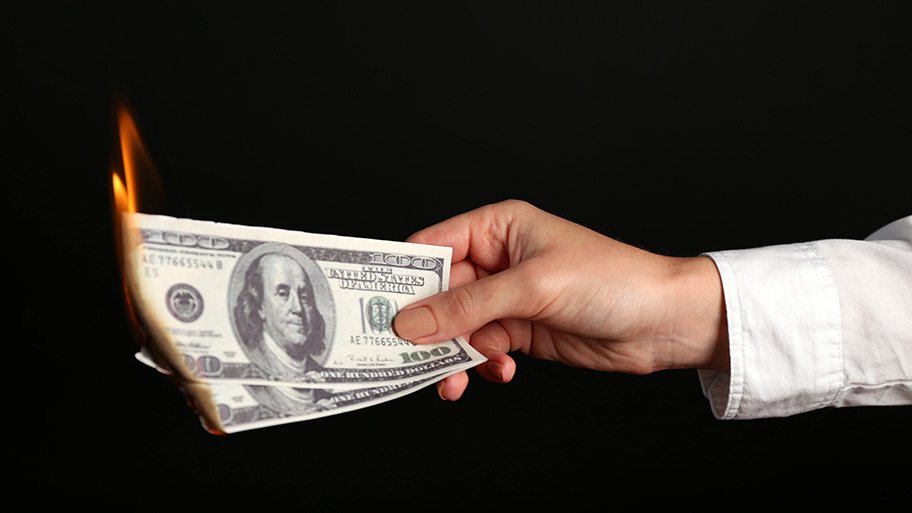 The US dollar is Under Attack

The value of the dollar is on pace to be cut by half in just 13 years, and that’s just assuming the inflation rate is 5.4%. We all know that it’s more than that. It’s troubling to think that Washington’s response to all of this is that it is a supply chain issue.

During a press conference from the East Room of the White House last Wednesday, President Joe Biden announced the ports of Long Beach and Los Angeles have transitioned to 24/7 operations as a means to alleviate the severe bottleneck at the Southern California ports. Before this unprecedented cargo surge began, we believed 24/7 operations were the future, Cordero said in a statement. After all, consumers can shop online at any time, whether it’s at 4 pm or 4 am, and 24/7 is already the standard at our partner ports in Asia. The supply chain truly never stops now.

Biden announced that Walmart, the nation’s largest retailer, has committed to going “all in” on moving its products 24/7. In the coming weeks, Walmart is expected to increase off-peak hour goods movement by 50%, Biden said. Who is exactly going to work all of these hours? The public has already shown its desire to stay at home and collect benefits. The Supply Chain Disruptions Task Force, which we set up in June by the White House, now sees headlines in mid-October such as: The global supply chain nightmare is about to get worse, Christmas at Risk as Supply Chain ‘Disaster’ Only Gets Worse, and US supply chain too snarled for Biden Christmas fix, experts say. Only a little over three more years of President Biden, while during the last ten months nothing seems to go right. All of this is very negative to our US dollar, a US dollar that is already under attack.

New data released this week shows the items that have gone up the most in price over the past year. Steaks are up 22%, washing machines 19%, and kid’s shoes 12% from a year ago. Supply chain chaos, a labor shortage, and the Federal Reserve’s easy money policies have all contributed to driving up prices, and if the current rate holds, the purchasing power of a dollar will be slashed in half in a little more than a decade. According to the Bureau of Labor Statistics, in addition to the above increases eggs are up 13%, hotels 20%, used cars 24%, and new cars 9%. Fresh fruit and vegetable prices rose less quickly, up 3.3 percent, while cereals and bakery products were up 2.7 percent. Overall, the price of groceries rose 4.5 percent on the year. Great, food loaded with pesticides and wheat anyways. Consumer price inflation was 15% in 1980. That means that this 5.4% inflation rate would be tripled when that happens. Prepare to have your $200 groceries cost $600. As we can see with these price increases in only a year, our US dollar is already under attack.

The gas pump has already attacked our US dollar

Last month gas prices were up 42 percent from a year ago, and overall energy prices rose 24 percent. According to the AAA Gas Price Index, the national average price of regular unleaded stood at $3.306 on Friday. Hmm, tell that price to anyone in California, Illinois, Nevada, or Washington and they will laugh. Soaring gas prices have the potential to raise prices further across the board because 70 percent of all retail goods are shipped by truck.

President Joe Biden on Wednesday reached a deal with unions and business leaders from Walmart, FedEx, UPS, and others to expand operations at one of the country’s largest shipping ports in a bid to ease supply chain bottlenecks ahead of the holiday season. Not sure what the plan is here as the Organization of the Petroleum Exporting Countries and its allies including Russia (OPEC+) struggled to pump enough oil in August to meet current consumption as the world recovers from the coronavirus pandemic. Several countries appeared to have produced less than expected as part of the OPEC+ agreement—suggesting a supply gap could grow.

US oil production is still recovering from hurricanes that hit the Gulf Coast region. Royal Dutch Shell, the largest US Gulf of Mexico oil producer, said on Monday that damage to offshore transfer facilities from Hurricane Ida will cut production into early next year. Great job shutting down the Keystone XL pipeline at the beginning of 2021 as President Biden had vowed to reverse a decision by President Donald Trump and revoke the permit for the pipeline. Crude stocks fell by 6.1 million barrels for the week ended Sept. 17. Gasoline inventories fell by 432,000 barrels and distillate stocks fell by 2.7 million barrels. Worldwide cuts to oil production are expected to decline by 12 million barrels per day by the end of the year. The White House has been consulting with the oil industry to seek a remedy for rising gasoline prices as surging inflation threatens to tarnish the economic recovery. The latest outreach to the oil industry is an awkward shift for the Biden administration, which has pledged to move the country away from fossil fuels and has drawn criticism from the industry and Republicans for pausing lease sales of federal land for oil and gas development. The confusion in the White House just about everything will continue to attack our US dollar.

Home prices and apartment rents are eating up dollars

Rising housing costs are also punishing consumers. Soaring home prices will not fully appear in official inflation data. Owner-equivalent rent will show up next year. In September, apartment rents were up 2.4 percent from a year ago, and owner-equivalent rent rose 2.9 percent. To everyone reading out there, you need more dollars now to buy a home or more dollars each month to pay your rent. PG&E recently raised its electricity rates 3.7%. Well if natural gas prices and oil prices are soaring, wouldn’t it make sense that electricity is going to cost much more? Service calls to your home cost more, landscaping costs more, and home improvement costs more, property taxes will be more, and it goes on and on. And these morons keep telling us that all of this is transitory. I guess they will say it isn’t transitory when it ultimately isn’t and they throw in the towel. By then all of our dollars will be gone. The rise in all living costs is attacking our buying power and our US dollar with no end in sight.

Listen, markets go through cycles. We have contended that diversification in precious metals is necessary now more than ever. During inflation in the 1970s, gold went from $38 a troy ounce to almost $800 a troy ounce in about seven years. During that inflation cycle, the price of gold sustained a 40% pullback, just to rocket in price from 1977 to 1980. That gold run was derailed by rising interest rates dramatically by Paul Volcker. The central banks don’t have that option now. Gold went up 19% in 2019, and 25% in 2020. In 2021, gold prices are down about 5%. We can tell you that you can’t print gold out of thin air; it has a limited supply for investors. Fiat money does not! The central banks think they can print an unlimited amount to deal with this economy. I have a simple answer to that; someday in the not too distant future, it will matter. It is already attacking our US dollar, and the end result will be a total devaluation and destruction of our fiat money. Protect your buying power while you still can and while a little gold is still available at reasonable prices.