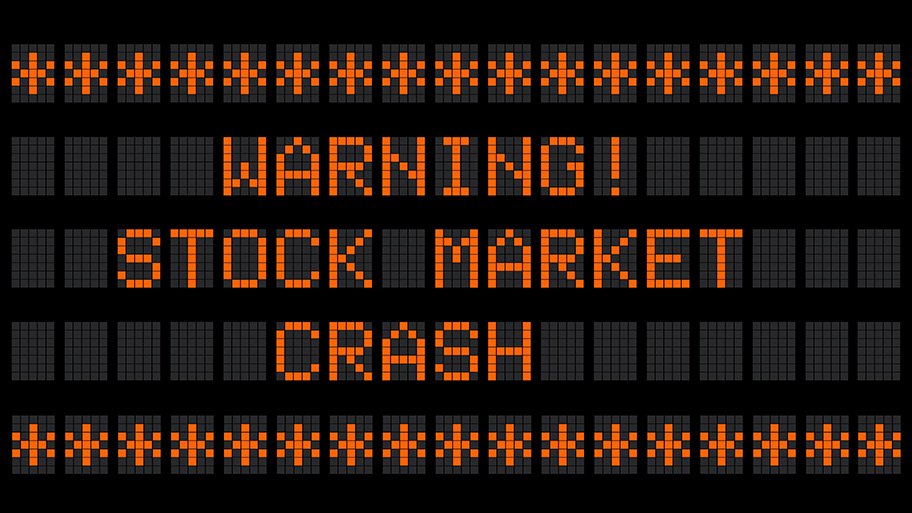 Three Stock Market Booms that Eventually Wiped Out Many

The stock market can make you rich; it can also bust you out. The United States in the last ten years has seen huge equity gains. These gains can be attributed to innovation, good business models, and mostly debt. Today we have more corporate debt, government debt, and consumer debt than ever in history. All markets go through peaks and valleys. Those investors, who get out near the peak, escape the carnage of the fall. Those who buy near the top: risk losing it all. Not everyone has twenty or thirty years for the markets to come back. Not everyone has the finances to bankroll a couple of decades of huge drawdowns and below-average returns. A crashing stock market, a bad real estate market, and a falling dollar are a bad combination for any nest egg. In this week’s article, we look at three stock market booms and busts that some investors are looking to avoid today. Investors that are looking to protect and preserve their legacy: investors not looking to see their legacy disappear in a blink of an eye.

Stock market boom leading up to 1929

In October of 1929, the stock market crashed, wiping out billions of dollars of wealth and heralding the Great Depression. Known as Black Thursday, the crash was preceded by a period of phenomenal growth and speculative expansion. A glut of supply and dissipating demand helped lead to the economic downturn as producers could no longer readily sell their products. The Dow rallied 600% from 1921 to 1929. Some of the stocks of this period were RCA, Union Carbide, AT&T, Allied Chemical, American Can, American Locomotive, American Sugar, International Harvester, Kennecott, Paramount, Texas, GE, Sears, US Rubber, and American Car & Foundry. The Dow peaked at 381 in 1929 and didn’t reach that level again until 1954. The crash began on Oct. 24, 1929, known as Black Thursday, when the market opened 11% lower than the previous day’s close. The markets saw losses of 13% on the following Monday, and losses of 12% on Tuesday. Although the price of many large, blue-chip stocks declined, smaller companies suffered even more, forcing companies to declare bankruptcy. Many speculative stocks were delisted from stock exchanges. Many factors went into this crash including speculating as a hobby, investors buying stocks on margin, overproduction of goods, tariffs, new layaway payment plans, bank loans, and high consumer spending up to that point. From peak to trough, the Dow saw a drop of over 89%. Not everyone has the wallet or stomach for that kind of drop. Not everyone has 25 years for the peak to be reached again.

Stock market boom leading up to Black Thursday in 1987

The Nifty Fifty was a group of 50 stocks identified by market commentators in the 1960s, although it was never an official benchmark index. The group included Revlon, Procter & Gamble, Philip Morris, Pepsi, Pfizer, Merck & Co, Eli Lilly, Coca-Cola, IBM, Gillette, Wal-Mart, Disney, Eastman-Kodak, and Polaroid. It was said by many investors at the time that Nifty Fifty stocks should be bought and never sold. By the early 1970s, the highest rated companies, darlings of the market, were trading on stunning valuations of 70 to 100 times earnings. Many of these stocks had a very poor performance for decades. In 1971, the fiat currency experiment started and the Gold Standard was officially eliminated for a temporary period of time. There were some warning signs of excesses that were similar to excesses at previous inflection points. Economic growth had slowed while inflation was rearing its head. The strong dollar was putting pressure on US exports. The stock market and economy were diverging for the first time in the bull market, and, as a result, valuations climbed to excessive levels, with the overall market’s price-earnings ratio climbing above 20. Future estimates for earnings were trending lower, but stocks were unaffected. The Plaza Accord of 1985 saw the Fed and central banks depreciate currencies. In the five years proceeding October 1987, the DJIA more than tripled in value, creating excessive valuation levels and an overvalued stock market. On Oct. 19, 1987, the Dow fell 23%, from 2,246.73 to 1,738.74. The loss of liquidity from this crash led to the savings and loan crisis in 1989. Not everyone has the wallet or stomach for that kind of drop.

Stock market boom leading up to the Dotcom bust in 2000

Between 1995 and its peak in March 2000, the Nasdaq Composite stock market index rose 400%, only to fall 78% from its peak by October 2002, giving up all its gains during the bubble. Many online shopping companies, such as Pets.com, Webvan, and Boo.com, as well as several communication companies, such as WorldCom, North Point Communications, and Global Crossing, failed and shut down. Companies that survived like Amazon, Cisco, and Qualcomm saw drops of nearly 90%. Leading up to this period many investors were eager to invest, at any valuation, in any dot-com company. Venture capital was easy. At the height of the boom, it was possible for a promising dot-com company to become a public company via an IPO and raise a substantial amount of money even if it had never made a profit—or, in some cases, realized any material revenue. High debt ratios bankrupted many companies. It took 15 years and much pain to regain the NASDAQ peak in 2015 with a whole new group of inventors now looking to get in. Global debt was $80 trillion in 2000, now it is $280 trillion. We are here mainly because of great debt expansion. Not everyone has the wallet or stomach for that kind of drop of over 80% in NASDAQ from 2000 to 2003.

The current market could be ready to fall

That brings us to today. The S&P 500 is up over 250% in the last ten years. The NASDAQ is up over 450% in the last decade. The financial crisis of 2006–2009 took many investors to their knees only to give up on stocks. We now have a whole new generation of investors. Many investors today have gone for the ride over the last twenty or thirty years. Young people are at home trading stocks on free trading apps. Investors are hoping that history and a crash won’t repeat anytime soon. Investors are hoping that central banks will always save the day with stimulus checks and continued market control. Investors pouring money into speculative stocks, SPAQs, alternative fuel companies, cryptocurrencies, and biotech. Some will work out great; most will go bust when the market craters under all this debt. This may last for a while, but not everyone has twenty or thirty years to wait for the next bust to boom to play out. The rug can be pulled out of a highly speculative market at any time.

The writing is on the wall. Smart investors get out near the top. Smart investors move assets into gold and hold a proven tangible asset that has survived every bubble. Speculation can make many rich. Speculation can also make many investors go bust. Physical gold will at least keep you rich. At Midas Gold Group we have been begging investors for years to diversify in physical gold and other precious metals. Get some money out of the markets and out of the banking system. The only true way to own precious metals is in physical form, not in paper form. This is true wealth preservation and diversification from a corrupt banking paper fiat system. A system that is on fumes only being supported by printing money out of thin air. A system based on exponential credit expansion. Exponential credit expansion means exponential risk. This is the bubble of all bubbles. It will be very ugly when it bursts this time. Protect your nest egg while you can.