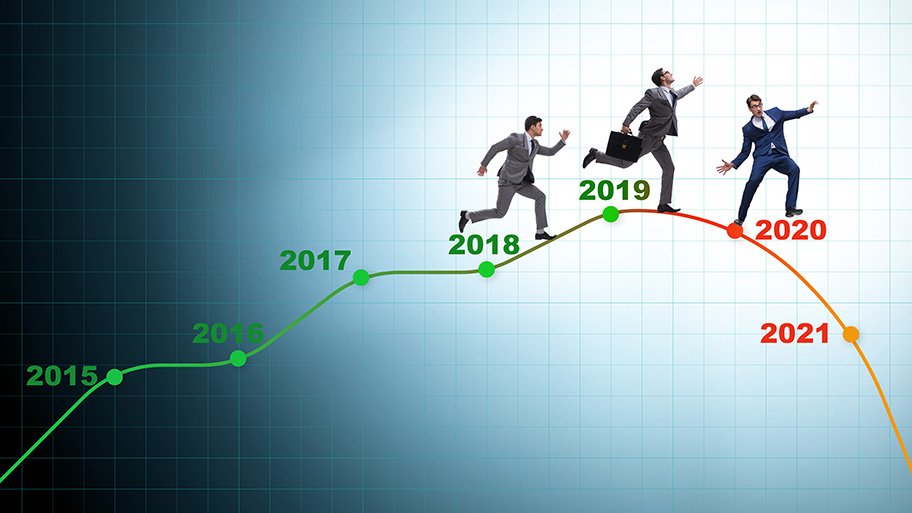 Based on History, Stocks Have a Long Way to Go Before Another Market High

Does anyone realize how far stocks rallied from 2009 to 2021? The Dow Jones Industrial Average was under 7000 in 2009 and hit over 36,000 in 2021. What is stretched so far one way eventually snaps back the other way? Of course, much of this performance was due to debt, money printing, and abnormally low interest rates. That other way ladies and gentlemen has just begun, and based on history has a long way to go to ever reach that high again. This drawdown, crash, pullback, slide whatever you want to call it was inevitable.

When the Dow peaked in 1929, it took 25 years to reach that point again. When the index again peaked in 1966, it didn’t significantly break that high again until 1982. If we consider an inflation-adjusted index, it actually took much longer than that. The crash in 2007 took over six years to recoup those losses. Because of that market and financial crisis, the global central banks embarked on the greatest money stimulus and printing experiment to date. Considering the biggest bubble in history is now bursting, this market may take a historical number of years to ever reach those heights again, assuming that it ever does.

When interest rates rise, costs rise especially for consumers. Credit card debt becomes more expensive, IRS costs increase, mortgages become more costly, auto loans are more, and it even becomes more expensive for the government to service its enormous debt. Wherever you look, everything in every way is going to cost you more. Your paper dollars will buy even that much less going forward. If we look at interest rate history, this trend has a long way to go.

In the stock market, higher rates will encourage investors to sell assets and take stock profits, especially after a run like we have seen for over a decade. When there is more selling than buying, prices go down. The Fed chose inflation in the past few years to hold the markets up at lofty levels. They printed obscene amounts of money and kept interest rates abnormally low. What the Fed inflated they are now deflating. This deflation of asset prices historically still has a long way to go. Considering where the indexes came from in 2009, there is a lot of room left for the downside.

Inflation may lead to stagflation

The printing of money and the increased deficit spending is a great theory to spurn economic growth. This typically leads to moderate inflation at the cost of positive growth and low unemployment. Yes, we all know the inflation numbers have been skewed for their benefit for the last couple of decades. The cat is really out of the bag now as consumers are facing forty-one-year high inflation with no end in sight. It’s all fine and dandy with stocks, real estate, and the economy chugging along. This debt has to matter someday. Now with stocks and other markets blowing up, history tells us that this trend of money printing, higher asset prices, and low costs of borrowing have seen their best days. The debt joyride is coming home to roost.

In economics, stagflation or recession-inflation is a situation in which the inflation rate is high, the economic growth rate slows, and unemployment remains steadily high. Top economist El-Erian says stagflation is unavoidable. As the economic rate slows, corporate earnings slow. When corporate earnings slow, price to earnings multiples on stocks and markets are lowered. If we look at historical trends, slower growth means lower stock prices over time. Since the last couple of decades are based on cheap money, stimulus, Fed intervention, and debt, the bursting of this stock market bubble will leave much wealth destruction behind it and still has a long way to go.

The Fed is totally behind the curve

Yes folks the Fed is behind the curve again. The 1970s was a decade known for inflation. By 1981 things were so bad that Paul Volcker of the Fed raised interest rates to nearly 20%. I have read articles from very smart people that interest rates today would need to be over 12% to fight what is going on. Just think about what that would do to the asset prices of bonds, stocks, and real estate. If we think about where we are now in comparison to being at that point means a lot more pain and a lot more time to pass before any significant market bottom. It almost seems that everything will need to crash first before that happens. I guess everyone will be much more easily controlled when they are hopeless.

We wrote many times about how central banks were keeping asset prices up by printing money, keeping interest rates abnormally low sometimes even negative, and acting like hedge funds by purchasing bonds, mortgage back securities, and stocks. This is outrageous and contributed heavily to the destruction that lies ahead. He who giveth is he who taketh away. The markets are falling and the Fed hasn’t pulled back that much on its asset-buying. What’s going to happen when they pull back hard? Are you willing to risk all of your nest egg to find out? History says this is going to end badly for paper asset investors and we have a long way to go.

Of course, nothing happens in a straight line. Some of the actions in individual stocks over the last few months may beg to differ. Some cryptocurrencies have disappeared overnight. This is not a hedge or wealth preservation. This is speculation. Speculation can make you rich, and speculation can put you in the poor house. The market is telling us to preserve right now, don’t speculate with all of your money.

During those horrific stock market drawdowns spoken about above, gold held its value and even increased during those years of investors losing it all in speculative investments. Those speculative investments are now broken. Yes, some will bounce for a day or two drawing speculators back in only to be disappointed again as new lows are made. The best thing to do now is to find a place to hide. Think about the return of your investment rather than just the return on your investment. Physical gold in your possession is a great way to hide. You have worked too hard to see it all disappear because the Fed was wrong again. Another historical trend as well is that the price of gold on average doubles every 7 years since 1971. The best time to buy gold was 20 years ago, if you didn’t today is a great time to start. Do it while you still can and the price of gold is still undervalued.