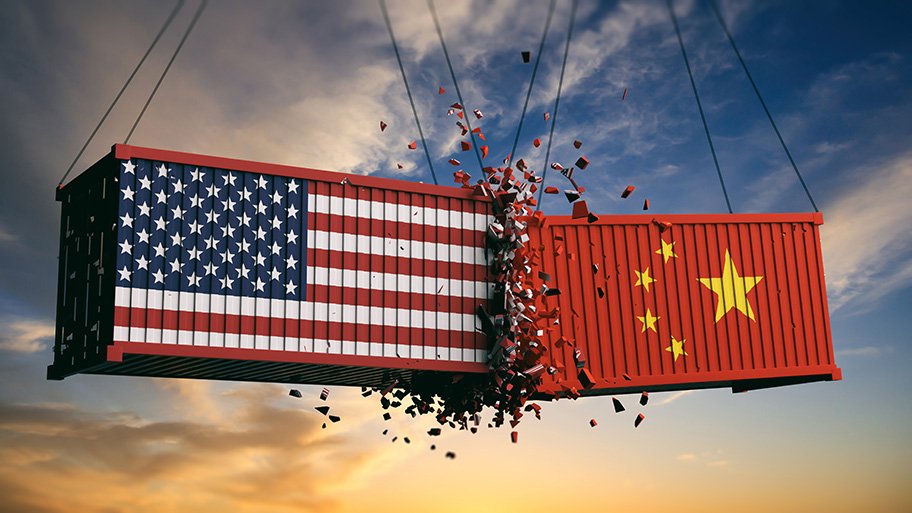 President Trump said he will increase trade tariffs on China

Sunday afternoon President Trump unexpectedly said trade talks with China were going slow and that he was going to raise tariffs on China from 10% to 25% on Friday, May 10th, he also said the tariffs so far are partially responsible for our great economic results. The tariffs may include goods not yet under impacted by previously announced tariffs. China’s response has been muted so far. Where the trade talks with China and across the world go from here is now a big unknown. Considering that last year the US, Mexico, and Canada agreed to a new trade pact tariffs have still not come off.

Unfortunately, China holds a key bargaining chip in negotiations. They are the single largest owner of US Treasuries other than the US government itself. China, who has already labeled US debt “toxic” have the unique power to collapse the US currency.

Global central banks including the Federal Reserve are desperate to keep inflation up. It is a desire to make you pay more for everything. While making what you get for your savings in the bank little to nothing for years. The White House is constantly calling on the Federal Reserve to go back to quantitative easing (maybe the treasury will just print more dollars). All over the world central banks have pushed investors into paper assets with low rates (devaluing their currencies) to increase inflation meanwhile the inflation-adjusted P.E. (price to earnings Shiller P.E) ratio for the SP500 is pretty much at nosebleed levels, only seen a few times in the past century. While this financial engineering has taken place government debt has ballooned and populations across the developed world have diminished. If for whatever reason those stock price to earnings levels reverts back to normal it will not a pretty sight.

A Look back and ahead

It has been 8 years since gold had its heyday. While world central banks are adding to their gold reserves, the average gold bugs are “dead and buried”. The managed funds that insisted on buying some gold for their managed accounts, have now liquidated their positions and are probably short. In the past 6 years, gold and most other precious metals have mostly been in a bear market. Platinum prices collapsed early this year to levels not seen for 15 years. As far as gold goes who needs it, just buy stocks… right… I heard that before a long time ago. However, palladium has taken off like a bat out of you know where. As far as gold and silver are concerned there have been a few rallies from time to time and gold has traded in a very narrow range and the large banks are no longer buying gold for their customers.

It only makes sense to own something that is sleeping. There is an old saying in markets never sell a sleeper. Maybe gold is just sleeping during what is likely an accumulation phase. In other words, the world has forgotten the Metals that Glitter and the world is bearish on gold and long on US dollars. With bulls in gold as scarce as a snowball in July in Phoenix. That alone is about the best reason I can give you to have some gold parked in your portfolio. The more selling at these levels, the more dramatic the rally.

Most Economists are happy to stick with the crowd and be wrong than take a chance and be right. They rationalize that it is better to be wrong and not stick your neck out than take a chance of being right. The World created economists to take the heat off the weatherman… After all, if they are wrong with the crowd, they can always say “but so and so was also wrong.” The next several years could be very volatile for stocks. If there is a sharp decline in the stock market you must wonder how the billion and trillion-dollar funds will react and how it will impact growth and how the crowd reacts.

Now we do not advise our clients to sell the farm and buy gold or silver and platinum. But it makes perfect sense that to have at least some precious metal representation in a portfolio. The recent lows could be the lows for quite some time.

George Santayana once said that Those who forget History are doomed to repeat it.