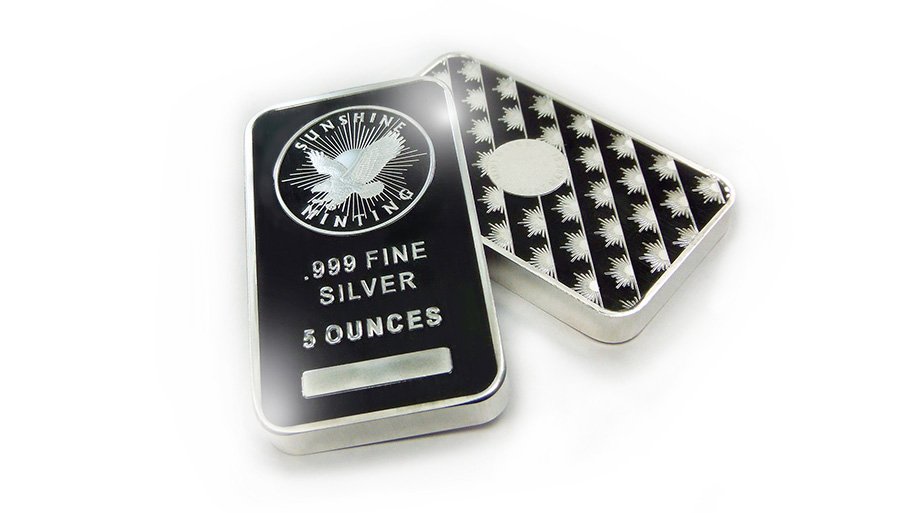 During the past couple of years, you may have noticed that silver prices have been trading in a range of near $15.50 per ounce and $14.00 per ounce. During the past couple of months, silver prices rose sharply and recently hit a three-year high before dropping back. Silver ended the first half of 2019 at around $15.15 per ounce and the S&P 500 ended the first half around 2941. So far, during the Third Quarter the S&P 500 is up 2 percent. Silver has risen around 10% even after the recent decline. With only a little more than 2 weeks left in the third quarter of 2019 it seems likely that silver will outperform the S&P 500 at the end of the third quarter.

During the fourth quarter of 2018 the stock market plunged and now the Federal Reserve is talking about having to cut interest rates to keep the ‘party’ going. If the stock market performance for the fourth quarter of 2019 is steady or is anything like 2018 some sort of diversification into precious metals such as silver is probably a smart thing to do.

Why silver and why now

Gold prices hit nearly a six-year high in US Dollar terms and set new all-time highs against Europe’s Euro. Historically silver prices tend to gain on gold when precious metals move up and that move may be just beginning. Consider that trillions of dollars have recently been shoved into in negative-yielding global government debt. If some of that money floats into silver the move up could be outstanding. Silver represents less than 0.1% of global financial assets. It is selling around production cost and has a real intrinsic value.

How high can silver go?

Historically the ratio between silver and gold can fluctuate between 30 ounces of silver to 1 ounce of gold and around 80 ounces of silver to one ounce of gold. That ratio is out of whack over 80. If precious metals just fluctuate in this general area and gold holds its value from the last few months, silver could rise to 30 dollars an ounce or higher and it would not surprise anyone. Silver has hit $50 twice before in 1980 and 2011. If you want an asset to diversify your portfolio and protect your wealth and family, owning silver makes sense.

Will silver attract attention from investors now that the price is rising a little?

Trillions and trillions of dollars are now stuck in global debt that is yielding very little to nothing, with this backdrop silver is probably undervalued. This means that silver is likely to be a good way to preserve your wealth. The move up in silver over the next few years seems imminent but it could happen at any time.

Looking back at history can tell us a lot. One of our nation’s founders Thomas Jefferson said, I believe that banking institutions are more dangerous to our liberties than standing armies. And he also wrote, The trifling economy of paper, as a cheaper medium, or its convenience for transmission weighs nothing in opposition to the advantages of the precious metals.

The use of silver and gold as a store of value and as money goes back thousands of years. The US Government used silver as a base for the circulation of money for over 160 years. The Coinage Act of 1792 defined a dollar in terms of silver. Silver was used as money until Congress passed the Coinage Act of 1965. The act of 1965 removed all silver content from nickels and dimes and reduced the silver content of the Kennedy Half Dollar.

Eventually, our government removed all the silver dollar certificates from circulation because the government did not have enough silver to reimburse people who wanted silver instead of the dollar.

You should think about that for a bit, let it set in, and consider buying silver to diversify your assets. You can hold the silver coins and silver bars in your hand or store them to protect your IRA.

Why it matters to you to own the physical silver

Wall Street and the so-called experts from banks will tell you to not buy the physical metal. Just own an ETF or some other paper asset.

Bad idea, if banks go under you’re not getting your silver without a fight, remember what Thomas Jefferson said.

The only paper asset you should own is a certificate of ownership from the depository where the silver is held. Owning an ETF may not get you the precious metal and if the ETF company goes bust or the banking system collapses you will not have your silver in your hand. You could have lawyers ready to hit the banks with a lawsuit as soon as you find out something is wrong or sue the ETF, but do you really want to incur that expense, or even plan on it? Not likely.

Owning silver coins or silver bars that you can hold in your hand, or can be physically stored for you, or even placed in your IRA will work just fine. Silver can work as insurance against a totally rotten and manipulated system which won’t survive in its present form.