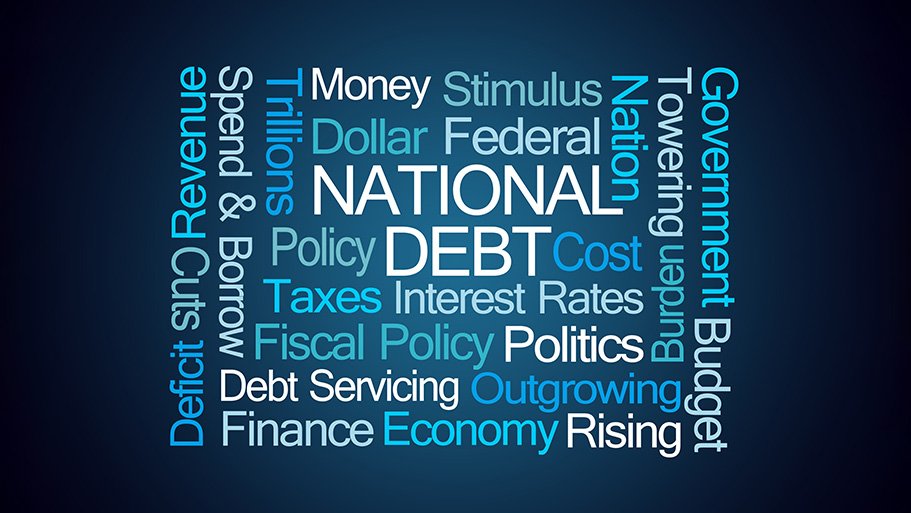 Both Republicans and Democrats Are Growing the US Debt Exponentially

Recently there were midterm elections held. Some of those results are still not known. This in itself is pathetic and unacceptable. Many clients believe that different political leadership will drive different results here in our great country. I would agree we need a better energy policy, better border security, better tax policy, less ESG talk and mandates, a better military, and just better leadership plain and simple. But regardless of the party in charge of the Executive or the Legislative branches, you can be assured of one reality: they will print and spend to keep the system from crashing. The US debt is already at a point of no return. Nearly every politician is bad news for the purchasing power of our money.

Since 1971 we have gone the wrong way when it comes to our money and the monetary system. While we have seen productivity increases, the money printing and debt boom especially over the last couple of decades was climbing even faster. The 40-year span of lower interest rates is over. Debt being refinanced at lower rates is done. So now we are in a situation of out-of-control US debt and a higher cost to service that debt. Then you can add an energy problem, a leadership problem, a spending problem, a system addicted to debt, and inflation. In other words folks, we are screwed. Our money is doomed. How the hell did we get here?

Booms and busts are the norm

As we look back over the last 50 years a few things stand out. Taking our money off the Gold Standard in 1971 was a game-changer. Our paper money was temporarily going to be backed by no more gold and silver. It’s still that way over 50 years later. Bailouts started in 1998 with the Long Term Capital Situation. We then graduated to the Dotcom bust, the War on Terror in Iraq and Afghanistan and whatever “stan” country, the 2008 financial crisis, and the 2020 pandemic. Each bubble and band-aid gets bigger. None of it is a solution. You can’t fix a debt problem with more debt. This next bust will be the mother lode.

All US Presidents have increased the US debt

Debt is starting to go parabolic now. Donald Trump brought debt from $20 trillion to $28 trillion in just four years. Joe Biden started with $28 trillion and possibly could be at $40 trillion by 2024. Federal debt has increased 387.5% in 42 years or roughly 37% every 4 years no matter who is in office. If debt reaches $40 trillion by 2024, that means it doubled again in 8 years, just like Obama did. The US has already announced $1.3 trillion in borrowing for the next 6 months. With interest rates climbing, the interest on this debt is outrageous. Interest payments could be $2 trillion a year sometime after 2025. Their system is addicted to debt and spending, and they want our money to run it. As you can see it’s being run straight into the ground.

Let’s look briefly at this other group of twisted souls, the central bankers. By definition, a central bank, reserve bank, or monetary authority is an institution that manages the currency and monetary policy of a state or formal monetary union and oversees its commercial banking system. Really since 2005 central banks have taken on a whole new meaning of manipulation and monopoly money. In 2005 the balance sheets of central banks stood at $6 trillion. By 2009 balance sheets stood at $10 trillion. They grew to $23 trillion in 2019 and then exploded to $36 trillion by 2022. Central banks bought debt issued by their countries with fake money. Who else is going to buy all of this toxic debt but the country that now issues it? What a wonderful Ponzi scheme they have going until it all blows up that is.

So let’s summarize what we just went over. Our country and the global system go through booms and busts created by free money. This free money is created out of thin air to hold up and inflate markets artificially. Nothing is produced and no services are performed. It is just funny money that is just created out of thin air with a mouse click and a button. This all sets a very bad precedent. Reckless investors feel the Fed and other central banks will just bail them out in a time of crisis. The solution of course is to lower rates again and print trillions more.

We all know this is not a solution. I guess our government can keep doing this until all of our currencies are worthless. In the meantime, central banks are buying more gold than ever. Gold prices are being artificially suppressed by banks so they can hoard more gold before the price and revaluation of gold go up. Our monetary system and our money will be ruined because of the reckless action of all political parties and central bankers. Who knows what our paper money will be worth a few years from now? History says it won’t be worth much. The track record of our wonderful leaders means this implosion is right around the corner. You should protect a portion of your nest egg today with physical gold and silver. This is going to end very badly for our money and our buying power. The fat political cats and bankers who lie, cheat, and print will still be OK and they don’t care.