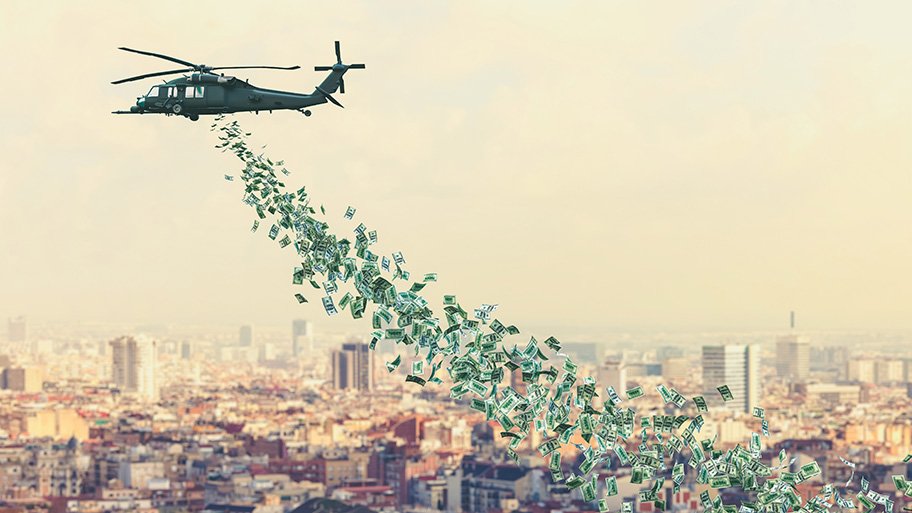 The Recovery Unfortunately Will Not Be Smooth and Easy

US economists continue to upgrade their financial forecast for 2021 recovery. The US media continues to count on stimulus to get us through the next stage of the pandemic. A $600 or $1,200 check is not a long-term solution at all. More dependence on the government for free money and handouts will not create jobs. Small business is the strength of America. Small business is being left out to die as the large business continues to exert their dominance. All trends point to a weaker US dollar and a very rough upcoming year. Tesla, Apple, and Amazon share prices do not reflect what’s happening to most Americans. The rich are getting richer, the middle class is being wiped out, and the poor are given every incentive to remain unemployed during this attempted recovery.

When President Trump was elected in 2016, Wall Street had little influence on him due to disputes with Street financiers. Trump campaigned in 2016 for a tough-on China platform. President Trump constantly talked about American manufacturing jobs that had been lost due to unfair trade practices. In 2018, Trump launched a trade war with China and slapped billions of dollars worth of trade tariffs on Chinese imports. During the 2020 presidential election cycle, Wall Street contributed more than $70 million to Democratic candidate Joe Biden. Biden raised more than Obama did in his two elections and much more than Trump in 2020 from hedge funds and investment banks. Joe Biden’s son, Hunter Biden, has extensive business allegations tied to China and other foreign governments. Tony Bobulinski, Hunter’s former business partner, has confirmed these allegations. The potential new administration led by Joe Biden takes away all the great work President Trump did for the US manufacturing sector and sends jobs and bargaining power back to China. A bad omen for a strong recovery.

Many rent memorandums end at the end of the year. Many have avoided paying rent since April. This only means one thing; evictions will increase substantially during this attempted recovery. At the same time, unemployment is starting to pick up again. Millions are still unemployed and the trend of joblessness is increasing again for the first time since the beginning of the pandemic. Many unemployed this year were aided by bigger than usual unemployment payments and benefits. Coca Cola just announced layoffs. Free money can not go on forever but the bills will still keep coming, possibly weakening the recovery. They can only be pushed off for so long. Someone will have to foot the bill for this. Student loan payments have been pushed off as well. The new administration is fighting to cancel all student loan debt. While we are at it, forgive all credit cards, forgive all mortgage debt, forgive all car loans, and pay everyone the same income. Is this America folks? We should just print money into oblivion. Helicopter money for everyone. You would have to live on Saturn to think this will solve our problem of debt and credit expansion. We have a fiat currency system. As Voltaire says Those who can make you believe absurdities, can make you commit atrocities.

The pandemic is not the sole reason for our financial problems

The FED stated on Wednesday that it would continue to buy at least $120 billion of bonds each month until substantial further progress has been made toward the Committee’s maximum employment and price stability goals. You may think that, but you are an unrealistic liar. These asset purchases help foster smooth market functioning and accommodative financial conditions, thereby supporting the flow of credit to households and businesses, the Federal Open Market Committee added in a statement that gained unanimous approval. This money is holding up the credit markets, the housing markets, and the stock markets creating a false hope of a recovery. Let’s hold up the markets with unlimited money printing until it folds like a house of cards. I would rather have heard that. The FED has been providing this monthly liquidity since September of 2019. There was no Covid situation at that point but there was a liquidity problem. The truth about the debt situation would have been nice. When the truth finally comes out in the form of a debt implosion, then we will all know. Yes by that time it will be too late to do anything about it for most.

The last decade of housing prices and stock market gains is not due to good organic growth. It’s due to credit expansion and debt. More money stimulus just makes the mother of all bubbles bigger. It just delays the inevitable. During the last crisis of 2008, most investors lost 50 to 75% of their portfolios. Three out of four stocks go down substantially in a bear market. Nasdaq went down 80% from 2000 to 2002 after it doubled in the six months at the end of 1999. Trees can grow very high, but they never reach the sky. Every television expert can say stay the course. Not everyone has twenty or thirty years possibly to wait out the next major cycle. Not everyone is willing to risk everything they have on that. Some smart investors learn from history. Physical gold outperforms equity markets during a recession. Get ready and prepared for the next deep recession. All this debt, all this rhetoric, and these television hype artists, all these account fee collectors have no grasp of reality. They make up reasons to support the present, overvalued, pumped up markets by as much money printing as necessary. Oh really, does the Weimar Republic mean anything to you, forty-year-old fund manager?

How soon we forget history. The track record of money printing dynasties is abysmal. The track record of preserving your wealth with physical gold is stellar. Before it’s too late to move, call Midas Gold Group today at 480-360-3000 or 805-601-6000. Schedule a phone consultation about what is keeping you up at night concerning the market and your retirement accounts. Get some of your assets out of the banking system and financial markets. Russia just hacked our systems up to the highest levels. It wouldn’t be fun if investors woke up and their retirement portfolios and bank accounts showed a zero balance. Why take that risk with all of your assets? Call Midas Gold Group today at 480-360-3000 or 805-601-6000. The nation’s #1 veteran-owned gold dealer will fight for your financial survival. The customer service representative at Fidelity, Vanguard, Merrill Lynch, Empower, American Funds, Franklin Templeton, Lincoln Financial, Allianz, and who knows who else won’t be able to do anything for you at that point.