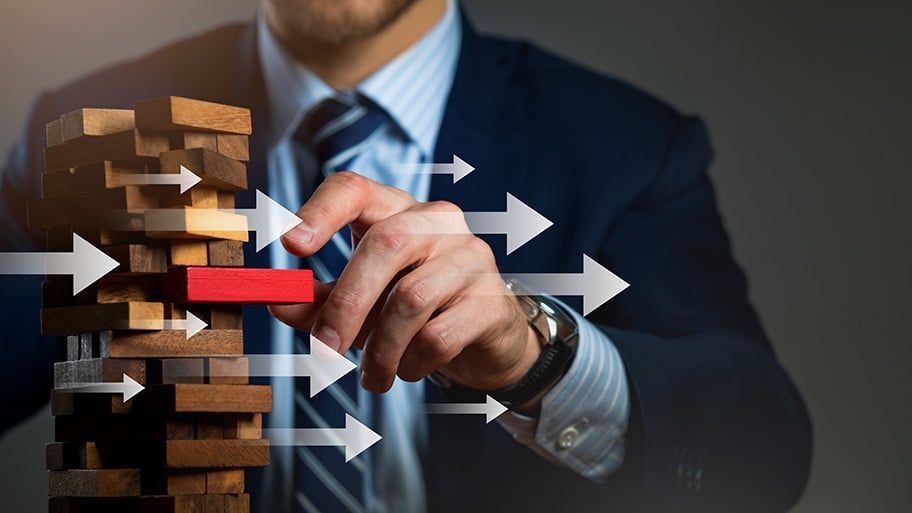 Prepare for the Next Bank Collapse

Aside from the record-high unemployment rate and the growing number of failing small businesses, the biggest threat to the economy is on the balance sheets of the big banks. They didn’t learn their lesson from the 2008 crash and fell back to old, bad lending habits. Unfortunately, we saw many people lost a majority of their retirement account during the financial collapse of 2008. As the economy and the markets fight for survival, the banks are hiding the next major landmine.

2008 crisis was about defaulting home mortgages (billions of dollars of subprime-CDO losses). New rules were set for banks and credit-rating agencies. The Dodd-Frank Act of 2010 was passed to monitor banks more closely. Banks were going to be more transparent. However, banks have a new instrument now: CLOs, leveraged loans for businesses (corporate debt). Since the financial crisis of 2008, interest rates have been abnormally low for more than a decade. The rates have been held artificially low through direct buying of treasuries by the Federal Reserve; in other words, we have printed money to purchase our debt. This decade of cheap money has added fuel to the fire for a potential credit implosion. Last September, the Fed started supplying overnight liquidity to the repo market. Jeffrey Gundlach, referred to as the bond king, said last year there was a corporate debt problem and many of these debts are rated incorrectly. He stated clearly that the corporate debt problem was a definite cause for concern. There are over $1 trillion in leveraged loans today. Corporations are at fault here too. Instead of doing productive things with all this cheap money over the last decade, many used this cash to buy their stock back to keep stock prices elevated. Financial engineering has just added more fuel to the upcoming bonfire.

Credit rating agencies such as Moody’s hardly have a stellar track record when it comes to the classification of debt instruments. Of course, before 2008, CDOs containing bundles of subprime mortgages were rated AAA, allowing them to be placed in low-risk retirement accounts and ultimately destroying retirement plans for millions of Americans.

CLOs have different layers of risk; the top layer being the less risky with smaller returns, while the bottom is for higher risk-tolerance investors aiming for higher returns. Still, many of these instruments are unrealistically rated. Many troubled businesses that were not able to get loans have turned to a more aggressive form of borrowing. Of course, the greed of Wall Street figured out a way to get this done. These troubled businesses could no longer issue bonds or qualify for a more traditional loan. These leveraged business loans are now bundled and called a CLO. The CDO bundled good and subprime home mortgages. The CLO has bundled good and very aggressive corporate loans to businesses. This CLO market is now bigger than the CDO crisis in 2008 at its highest point. Homeowners took advantage of cheap money to fuel the housing crisis. Corporations have taken advantage of cheap money in the last decade to fuel this upcoming corporate crisis. US depositories, major banks, central banks, and hedge funds more than likely hold many of these CLOs. 60% of bank capital on hand could be dedicated to these leveraged corporate loans. Citigroup and JP Morgan have reported CLO losses recently. Many midsize and smaller banks may even have a greater amount of their capital dedicated to leveraged corporate loans. If the leveraged loan market implodes, or should we say when it implodes, bank balance sheets will show liabilities far greater than their assets. Not exactly the place I would like to hold all my liquid assets. Banks claim these instruments are safe since “there isn’t a high probability that many loans would default at the same time.”

CLOs are a much bigger threat to banks balance sheets

There was a record number of loan defaults in April and the worst is yet to come. The present situation is like the summer of 2007, about a year before the fall of 2008. During only 14 days in May, J.C. Penny, J.Crew, and Neiman Marcus filed for bankruptcy. AIG has $9 billion in CLOs. Life insurance companies, pension funds, mutual funds, and exchange-traded funds are also invested in leveraged loans. AMC has close to $2 billion of debt in CLOs and Party City has $719 million while their business is paused indefinitely. AMC Entertainment, Bob’s Discount Furniture, California Pizza Kitchen, the Container Store, Lands’ End, Men’s Wearhouse, and Party City were all cited for loans of concern by the Fitch Agency in May. Restaurants, retail, movie theaters, party venues, cruise lines, airlines, and sporting events have been hurt substantially after social distancing. The full-blown crisis typically is some time down the road. Where there is smoke there’s fire. There was smoke in the summer of 2007 and we were in full-blown crisis by the fall of 2008. There is reason to believe that these loans may be a bigger bet than advertised. Banks are very creative. CLOs have recently been spotted in different places on bank balance sheets. Variable Interest Entities (VIE), Enron-style solutions to keep risky bets off their balance sheets, could be commonplace for loans backed by shopping malls and office parks. The erosion of bank capital is front and center.

2020 has already been a wild ride. We are facing health risks, financial risk, market risk, and social unrest. Midas Gold Group believes we are in a decade of being strong mentally, financially, and physically. It is inconceivable that banks, markets, governments, and professionals would risk every American’s nest egg by gambling in such risky investments. The unlimited printing of money program does not work in solving and finding solutions to liquidity problems. You cannot solve a debt problem by issuing more debt. The easiest way to preserve wealth and to protect yourself from a falling dollar is to move paper assets sideways into physical gold. Midas Gold Group has had the trust of investors for years in doing just that. Learn how to take some of your risks out of the CLO equation. Educate yourself on how to protect and preserve some of the stock and real estate wealth you have accumulated over the years. Hand down something of value to your children and grandchildren. Call a trader today at Midas Gold Group at 480-360-3000 or 805-601-6000. Schedule a private phone or in-person evaluation of your unique financial situation. Your legacy is not protected by the hope of a turnaround. Take ownership of gold bars and coins while they are still available at a reasonable price. The price of gold has doubled every seven years since 1971. Get some of your money out of the financial system and banking system while you can. Call Midas Gold Group today at 480-360-3000 or 805-601-6000.