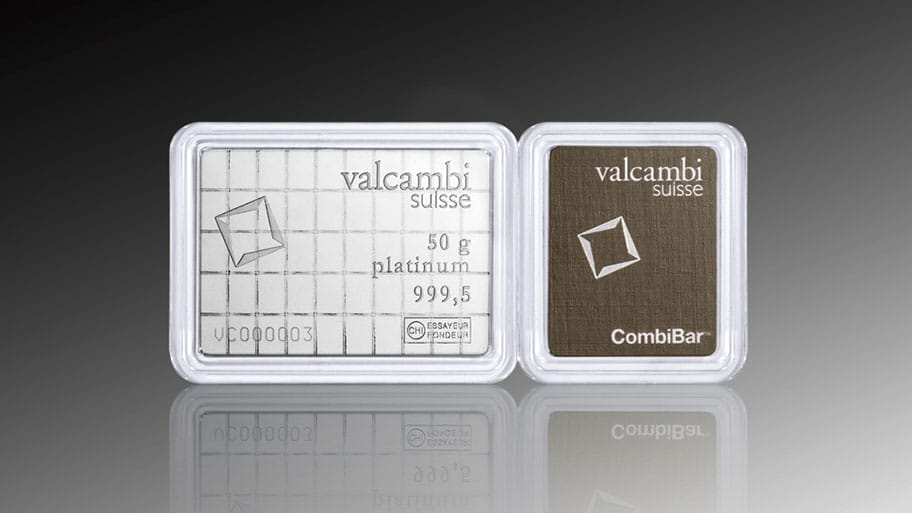 Over the past year, gold has risen over 30% primarily due to a falling dollar and concerns about inflation amid monetary expansion. Silver is up over 40% over 12 months and undervalued industrial metal with monetary attributes. Platinum, which is nearly 10 times rarer than gold is essentially unchanged over the last year. Platinum is presently $1,000 an ounce less than an ounce of gold. If we consider platinum’s plating and coating capabilities, platinum could offer great value here over the long term as a tangible asset. Platinum has a high melting point and is malleable with many industrial capabilities.

Platinum is used as a coating for ceramic stirrers

Platinum is used to coat ceramic stirrers in glass making. Because the stirrer is coated with platinum, they can withstand extreme temperatures and the corrosive nature of molten glass. Stirring equipment operates at high temperatures and under high mechanical stresses, so stirring devices have to be robust and often involve large amounts of platinum or platinum alloys. The current economic climate in the glass industry demands lower costs, improved operational efficiency, and reduced platinum inventories according to Paul Williams at Johnson Matthey. Platinum plays an important role in these new ceramic stirrers to perform at a high level.

Fuel cell electric vehicles (FCEVs) are powered by a hydrogen proton exchange membrane. Fuel cells are most commonly today found in vehicles and forklifts. As of 2020, 7500 vehicles powered by fuel cells have been sold or leased in California. Fuel cells are being developed and tested in trucks, buses, boats, motorcycles, and bicycles, among other kinds of vehicles. Clean air and pollution are front and center in today’s society. Fuel cell technology and platinum’s role should only become more widespread.

In the automotive sector, autocatalysts contain platinum as a catalyst

According to Johnson Matthey,

“As the number of cars on the road increases, further cuts in pollution per vehicle are needed to keep improving air quality. Many governments, including those of the USA, Japan, and the EU continue to apply increasingly stricter emissions standards. Advanced autocatalysts for gasoline and diesel cars and heavy trucks are being developed by Johnson Matthey in partnership with the world automotive industry to meet the new rules. In many cases, these will lead to greater use of the catalyst metals platinum, palladium, and rhodium.”

Platinum plating is widely used in the production of medical instruments, implants, and prostheses

Metal finishes lend important functional qualities to the finished medical devices and implants, like corrosion resistance and bio-compatibility. Platinum is harder than silver and highly dense. It works very well with corrosion, heat, and oxidation. Platinum is also hypoallergenic and works favorably with the human body. It is particularly favored as a surface plating for titanium hip and knee joint replacements. Platinum costs significantly less than palladium and should see continued demand from the medical instruments field.

Platinum can plate turbine blades which can help withstand high temperatures. The service life of these blades is also increased. At present, several industrial and marine engines in the United States of America are operating with blades coated with platinum aluminide systems as a standard production specification. According to Johnson Matthey, A number of other countries including the United Kingdom are expected to follow suit as more and more engines are required to operate in aggressive marine environments with lower-grade fuels. Platinum should play a significant role in this blade technology.

Platinum coating applications are widespread. Platinum should continue to transform the performance of many critical components. Platinum has many industrial benefits, yet it is a very scarce metal. The majority (about 80 percent) of platinum is mined in South Africa. Approximately 10 percent is mined in Russia, and the rest is found in North and South America, according to the US Geological Survey. Platinum used in the automotive sector, jewelry industry, medical field, and the industrial complex should support demand. Consider the price of platinum is $1,000 an ounce less than gold, and $1,200 an ounce less than palladium. Long-term investors seeking a tangible commodity should consider platinum. Midas Gold Group handles platinum bars and coins for investors in their IRA or their possession. Call Midas Gold Group today at 480-360-3000 or 805-601-6000 to see if a platinum allocation is a good fit for your portfolio. A platinum bar, a Platinum Eagle, a Platinum Philharmonic, or Platinum Maple Leaf may be suitable for your long term goals. Call Midas Gold Group today at 480-360-3000 or 805-601-6000 to see if platinum inventory is available at competitive prices for your IRA or maybe just for your metal hoard at home. Midas Gold Group recommended investors consider platinum’s sister metal, palladium in 2018. Many investors who took our advice doubled their investment in a short period of time. Platinum could very well show similar gains in the coming years.