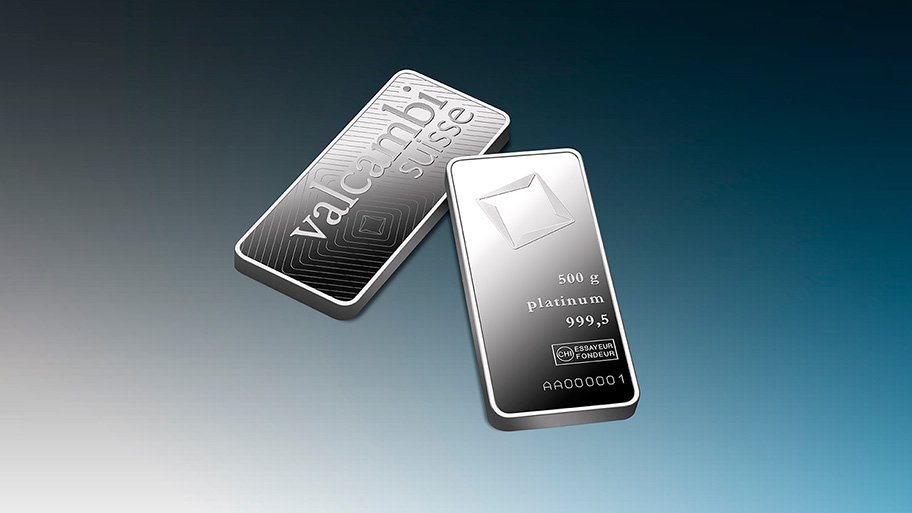 The price of platinum is on a strong upward trend since last March. While it is still well below its historic high set in 2008, the demand for platinum substantially outweighs the current supply. Over the past year, many investors have diversified their precious metals holdings to include some exposure to platinum. As the price rises, should investors be adding to their platinum positions? In this week’s article, we summarize some of the World Platinum Investment Council’s recent comments, recent research by Auctus Metals, address some of the direct questions we are getting from our clients.

Platinum has a unique combination of physical and chemical properties. These properties allow platinum to be used extensively in industry and manufacturing. Platinum has a high melting point, it’s highly dense, very stable, and extremely non-corrosive. Over 65% of platinum consumption will come from automotive and other industrial uses this year. Platinum plays an important role in reducing emissions from internal combustion engine vehicles. It’s growing its share in the autocatalyst market as it continues to substitute for the more expensive palladium. A small molecule of platinum can speed up chemical reactions. It is also used in many established medical treatments and is involved in developing many new ones. Platinum is also at the forefront of clean energy and climate control. A zero-emission hydrogen economy has been a hot topic as of late. Platinum will play an important role for fuel cells and electrolyzers. Governments strive to meet zero emissions by 2050. UK and EU CO2 emissions targets will come into effect from January of 2021. The UK, for example, has brought forward the deadline for the ban of sales of new petrol and diesel vehicles to 2030 from 2040. California is trying to ban the sale of gas-powered vehicles by 2035.

Platinum is a hard asset

Platinum is a hard asset like gold. In a time of overvalued equity, bond, and real estate portfolios, it provides diversification. In a time of drastic monetary expansion and unprecedented amounts of monetary stimulus and liquidity, platinum provides a hedge against currency and interest rate fluctuation. Like gold, platinum acts as a store of value. The demand for hard assets has surged with reckless money printing, market volatility, and fears of reduced financial privacy. Platinum has been referred to as “rich man’s gold” as it has historically traded at a $200–$300 premium to the price of gold. Platinum still stands less than $700 per ounce than an ounce of gold. Platinum hit an all-time high of $2,080 in 2008. Diesel engines became less popular compared to gas-powered hybrid engines and the Volkswagen fiasco of their fuel-efficient diesel engines hurt the demand for catalytic converters made with platinum.

Investors can own platinum coins and bars in their IRA or in their possession. Quality platinum bars are inventoried by Midas Gold Group from quality assayers such as Valcambi, PAMP, and Credit Suisse. The most available coins these days are the platinum Britannia, Philharmonic, Maple Leaf, and American Eagle. Call Midas Gold Group today at 480-360-3000 or 805-601-6000 for price and availability.

Platinum is 30 times more rare than gold. If all the platinum ever mined were melted and poured into an Olympic-sized pool, the platinum would barely reach your ankles. With price and demand increasing, supply is very tight. Platinum will be unavailable soon for investors to own, or only available at much higher prices.

Platinum fell to $599 an ounce during the start of the 2020 COVID-19 pandemic. Since then it has traded over $1,100 an ounce, which is a move of 80%. More demand than supply pushes up prices. It seems that 36% more platinum will be needed to meet the demand in 2030 for hydrogen fuel cells in heavy-duty trucks and from the production of green hydrogen for electric battery production. Platinum Group Metal supply seems to be moving from South Africa towards Russia and Zimbabwe. This trend supports higher palladium supply but lower platinum and rhodium supply. We could expect the supply of platinum to decline further in an environment of overwhelming and increasing demand for platinum from around 2025. Forward-looking platinum demand trends clearly cannot be met by the forward-looking platinum supply. The World Platinum Investment Council even expects a platinum deficit for 2021 of 200,000 ounces, but this could be low. The supply of platinum in 2020 was down by 18%. Platinum had a 1.2 million ounce deficit for 2020. South African outages in March, April, November, and December reduced supply by 900,000 ounces in 2020. Auto demand remains fairly strong, jewelry demand should be higher in 2021 than even in 2019, and investor demand for hard assets in such a turbulent fiat market should remain high. With all eyes on platinum’s discount to the gold price, the platinum moves away from palladium, and the extremely tight physical inventory, the platinum price has plenty of demand to head higher. The all-time high for platinum of $2,080 is reachable, which represents a 90% move today based on the platinum futures current price.

Physical metals are an important part of a diversified financial plan. Metals offer an opportunity to preserve wealth in a fiat currency system as our dollars are debased by money printing and debt. Metals offer an opportunity to preserve some of our wealth in a liquid tangible asset. Art and land can be very good if you can buy low and you know what you are doing, but they can be hard to sell and sometimes illiquid. Platinum has industrial value, but it also offers protection against a falling dollar. Considering the supply and demand aspect, the importance of the clean energy movement, and the desire to hold physical metals as our fiat currency system disintegrates, platinum offers the opportunity to hold a tangible asset with plenty of upside potential. If you would like to learn about owning physical platinum and you are curious about how it works and what is available, call Midas Gold Group today. Traders can be reached M–F from 8 am to 4 pm PST. Liquid assets or retirement assets can be moved sideways into physical platinum bars and coins that you can hold on to in your IRA or in your possession. Midas Gold Group traders can be reached at 480-360-3000 or 805-601-6000.