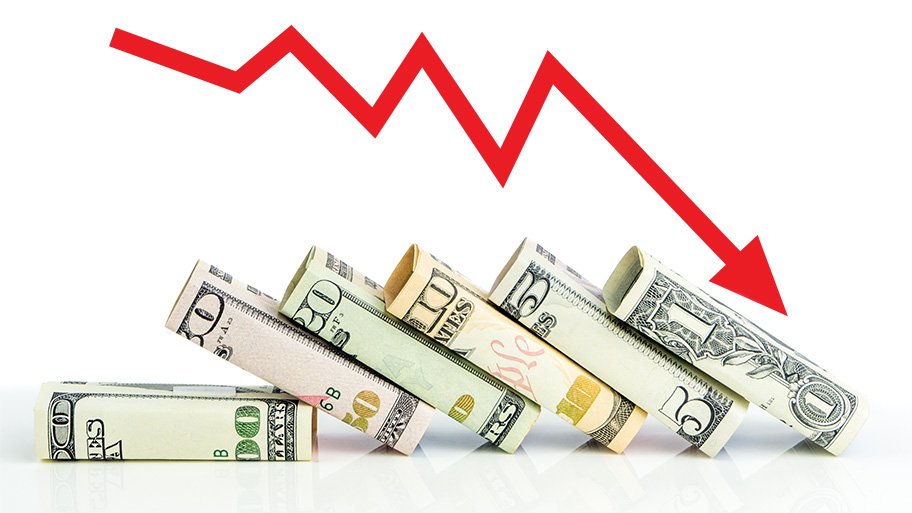 Money Is About Trust, and Our Paper Money Is Losing Its Trust

Money can be any item or confirmable record that is generally accepted as payment for goods. Money is also used for the payment of services and the repayment of debt such as taxes. Money is supposed to be a medium of exchange, a unit of account, a store of value, and sometimes a standard of deferred payment. The US dollar, our money, has been total fiat since 1971. Our paper money is backed by nothing except a promise by the government to repay all of its debts. These debts will never be paid off.

Money is supposed to be about trust. The trust of the government backing its currency establishes its trust and its value. The trust in our government is waning. The trust behind the value of our paper money is eroding. The players behind this eventual fiat implosion have been hard at work for decades destroying our money’s purchasing power. It all started in 1913 and is quickly approaching the tipping point.

The Federal Reserve is no more federal than Federal Express

The Federal Reserve Bank is the central bank of the United States. Yes, the Fed has a Board of Governors appointed by the President of the United States. Maybe they used a teleprompter for this process as well. It wouldn’t surprise me. The US Constitution authorizes the Federal Government to mint its own money. Why would the Federal Government instead borrow money from a private banking corporation like the Fed and pay interest on it? Americans are losing trust in this whole process and a whole lot of politicians and bankers are lining their pockets at the expense of the US taxpayer.

Inflation is not temporary or transitory. The Fed has been lying to us for years. The problems we are having today with our purchasing power are not the fault of Putin, supply chains, and a pandemic. It’s about monetary policy and stimulus. It’s about a reckless US central bank that is more than willing to keep printing money out of thin air and loaning it to the government and banks at high interest rates. This system which has created massive asset bubbles will ultimately be its demise.

A central bank, reserve bank, or monetary authority is an institution that manages the currency and monetary policy of a state or formal monetary union and oversees its commercial banking system. A central bank is a monopoly over the monetary base. The six major central banks of the world are the Fed, the Bank of England, the ECB, the People’s Bank of China, the Bank of Japan, and the Swiss National Bank.

Central banks have printed the global debt increase from $80 trillion in 2000 to over $300 trillion today. Central bank balance sheets have increased from $6 trillion fifteen years ago to over $36 trillion today. The trust in central banks being able to monitor our monetary base has been abused and caused the biggest asset bubble in history. Reckless central banking has led to eroding trust in their ability to do anything sensible when it comes to monetary policy. They just keep kicking the can down the road delaying the inevitable.

The US Government is addicted to money printing and losing trust

The US Government always spends too much and gets too little in return. This has never been more relevant than over the past two decades. George W Bush came into office in 2001 and there was approximately $5.8 trillion in debt. National debt today is over $30 trillion and counting. How could anyone have trust in this system of debt that has gone exponential? The trust and value of our money are based on these decisions to spend and spend and spend. As our politicians reveal plan after plan, confidence in their abilities to steer the ship into port safely is gone.

For the first half of 2022, the Nasdaq100 is down over 30%, the Russell 2000 is down over 35%, the S&P500 has lost over 20%, and bonds had the worst first half in decades. The government’s response is to raise interest rates and pull back on asset purchases to fight inflation. Investors should stop believing the lies and stop trusting the government to come to the rescue. No matter how you look at it, this is very bad news for the purchasing power of our paper money. Our paper money running their system is losing its trust by the day.

Wealth preservation simply put is the protection of your assets and accumulated wealth. It doesn’t matter how you achieved this wealth. All we can do is address where we are today and how we can hold on to most of our wealth during hard times. Yes, folks when all of these asset classes pop there will be hard times. These inflated asset classes are stocks, bonds, crypto, and real estate. We are just starting to see the beginning of major wealth destruction in these particular assets and we have a long way to go. Why you may ask? Well, that’s simple, because the bubble is that massive.

The trust in gold as money goes back to the Roman Empire. Gold has always been a store of value. The price of gold has averaged a 10% a year return since 2000. The value of gold has doubled in price on average every seven years since 1971. Gold has a long track record of keeping your purchasing power from a falling dollar. Gold ownership is private. Gold today is as under-loved by institutions and investors as ever. It’s more important than ever to be diversified with gold being a major asset for wealth preservation. The gold you own must be outside of the banking system in physical form. The gold you hold is the gold you own. Physical gold still provides financial privacy and financial freedom.