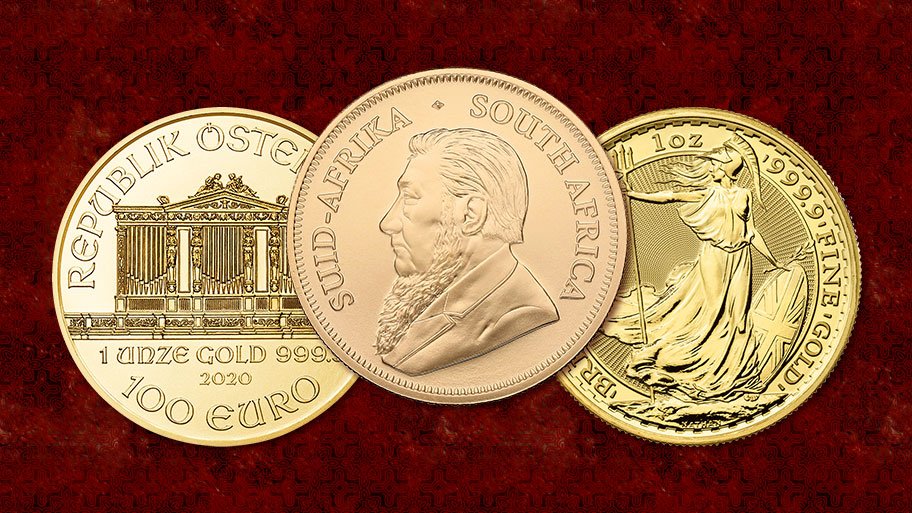 Ready to Own Gold? You Might Consider These Bullion Coins

Last week President Biden nominated Saule Omarova to the position of Comptroller of the Currency. Saule Omarova is a Marxist and quite the anti-capitalist. Her academic writings included a proposal for the Federal Reserve to take over banking functions for citizens and she wrote a thesis at law school about the Marxist economic system.

Saule Omarova, who proposed ending banking as we know it, and that radical change to the system would make the institution more inclusive, efficient and stable, has come under fire over her extreme views. Her comments on the gender pay gap are alarming. Until I came to the US, I couldn’t imagine that things like gender pay gap still existed in today’s world. Say what you will about old USSR, there was no gender pay gap there. Market doesn’t always know best. People’s salaries were set (by the state) in a gender-blind manner. And all women got very generous maternity benefits. Both things are still a pipe dream in our society! The Wall Street Journal notes,

“Ms. Omarova thinks asset prices, pay scales, capital, and credit should be dictated by the federal government. In two papers, she has advocated expanding the Federal Reserve’s mandate to include the price levels of ‘systemically important financial assets’ as well as worker wages. As they like to say at the modern university, from each according to her ability to each according to her needs.”

In a recent paper The People’s Ledger, she proposed that the Federal Reserve take over consumer bank deposits, effectively ‘end banking,’ as we know it, and become the ultimate public platform for generating, modulating, and allocating financial resources in a modern economy. She’d also like the US to create a central bank digital currency—as Venezuela and China are doing—to redesign our financial system & turn Fed’s balance sheet into a true People’s Ledger, she tweeted this summer. This Lenin Award winner is just another reason that investors should be converting some government-monitored investments into private tangible assets outside of the banking system as soon as possible.

At every turn, it seems that the Biden Administration is choosing a policy that undermines the country and its institutions. We have seen horrific military blunders that undermine American military might, open borders, undermining notional autonomy, rampant inflation, destabilizing the currency, and the list goes on. A nomination such as Omarova seems to undermine the American currency and our entire financial system.

Many investors are waking up to something many have understood for centuries: it is wise to own gold as an asset that is private, tangible, and cannot be inflated by government policies.

If you are looking to own gold bullion coins, as opposed to more collectible pieces, you might consider owning these coins that currently sell at a low premium to their gold content: 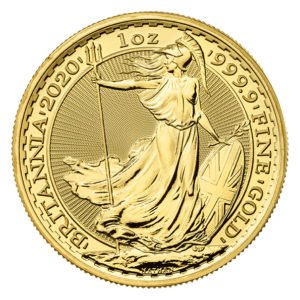 The Gold Britannia is minted in .9999 fine gold and was first introduced by the British Royal Mint in 1987. It was Europe’s first gold bullion investment coin. Britannia is the embodiment of the national spirit appearing on coins for 2,000 years, ever since the Romans invaded the isles and claimed them as a province of Britannia; in fact, Britannia first appeared on the Roman coins of Emperor Hadrian around 119 AD. And Britannia was revived for the coinage of Charles II in 1672. Modern sculptor and coin designer Philip Nathan created an interpretation of Britannia that was perfect for the new coins: strong, majestic, and resilient. Nathan presented Britannia as the goddess standing upright against the wind and turbulent seas. Britannia is the face of the United Kingdom. She holds a trident, her head is protected by a helmet, and she stands ready with both a shield and an olive branch. She’s ready for anything.

The most important design change was the 2016 introduction of the 5th official portrait of the Queen. No British monarch has ever received such an honor. Queen Elisabeth II is the real-world equivalent of the mythological heroine Britannia. The Gold Britannia coin would be a magnificent addition to any bullion collection. The Gold Britannia is one of the three gold bullion coins flying under the radar for wealth preservation and diversification. 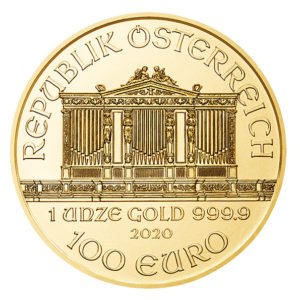 Gold Philharmonic coins are easily the most popular gold bullion coins traded in continental Europe. They are issued by the Austrian Mint in a variety of sizes ranging from 1/10 oz to 1 oz. The reach of the Austrian Philharmonic gold coins (sometimes called Vienna Gold Philharmonics) quickly expanded across the global gold market after its debut in 1989. These are the only bullion coins on our list with a denomination in euros. The design of the coin, like its name, pays homage to the historic thriving of musical arts in Austria’s capital city, Vienna. It has an array of orchestral instruments depicted on the obverse of the coin. The reverse shows the grand pipe organ at the famous music hall where the Vienna Philharmonic Orchestra often performs.

One interesting note: the same design has graced a silver version of the “Philly” as well since 2008. This thinner gold coin minted in 24kt gold is one of the three gold bullion coins flying under the radar in the Midas Gold Group vaults. 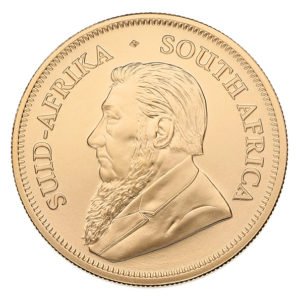 The Gold South African Krugerrand has come a long way since it was first struck in 1967. The Krugerrand is a favorite of the “old-timers” at Midas Gold Group. The Gold South African Krugerrand has undergone a variety of changes through the years, but one thing hasn’t changed: the Krugerrand still represents an excellent choice for anyone looking to invest in gold bullion. It’s a one-ounce gold coin (actually about 1.1 troy ounces). It’s 22 karats and measures 32.77 mm in diameter and 2.84mm in thickness. So it’s a substantial coin to hold. It’s also struck in ½, ¼, and 1/10 ounce sizes, although the one-ounce remains the most popular. Production of the coin has varied over the decades, with only 40,000 being produced per year in the 1960s. In 1978 alone, though, there were six million Krugerrands struck!

The South African Gold Krugerrand coin is named for the Boer statesman Paul Krugman, the long-running president of South Africa. And “Rand”, at the end of the coin name, is the name of South Africa’s currency. Krugman’s visage graces the obverse, or “heads” side of the Krugerrand, with South Africa’s national symbol, the antelope-like springbok, springing across the reverse. With tens of millions of coins in circulation, the Gold Krugerrand is an extraordinary value for bullion collectors across the globe. This coin is a must for those investors looking for wealth preservation and diversification.

Whether you are looking to invest, hedge inflation, or acquire survival-based precious metals, now may be the perfect time to pick up some of the world’s most revered gold bullion struck into coins. With greater resale potential than bars or rounds, a value that will only accrue more worth over time, and a hypnotizing beauty, the bullion coins we feature today aren’t ranked in any particular order.

The financial system and our dollar are under attack. The administration in Washington shows no ability to lead our country in any way, and definitely will not handle the upcoming financial crisis properly. Whether it is printing trillions of more dollars or nominating the wrong people to lead our financial system, it’s not a question of if this financial system is toast; it’s just a matter of when. A debt problem cannot be solved by issuing more debt in a futile attempt to fix the problem. This attitude and guidance will just make the greatest bubble in our history that much greater. Every other fiat monetary in history has failed. The US currently spends 111% of its tax receipts on the true cost of servicing its debt and now the Fed is obligated to printing up the difference. All the other central banks of the world now have a similar role. This fiat currency experiment started in 1971 is failing. The message is loud and clear; if you have been fortunate enough to build a nest egg over the past few decades, diversify now into physical gold while you still can and while you still have a nest egg before it disappears with the stroke of a computer key. Our leaders are not capable of saving your financial future, only you are and it starts today.