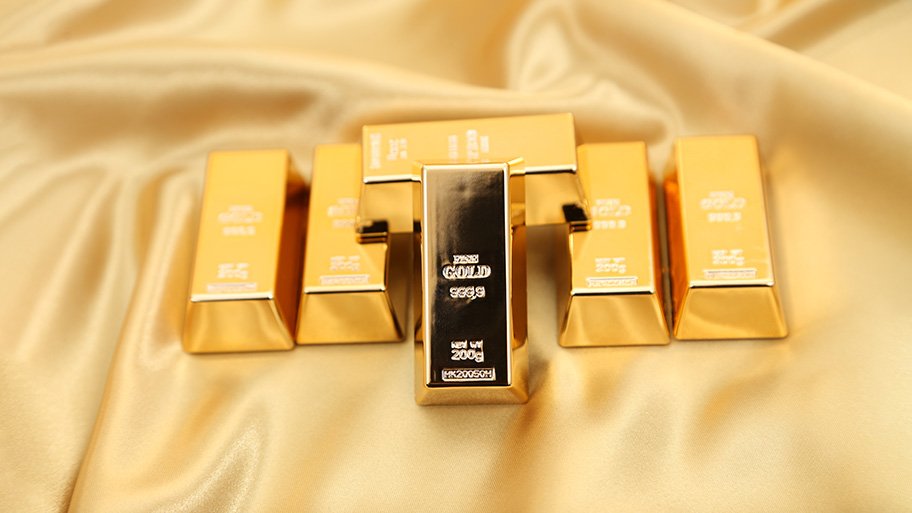 It’s Only a Matter of Time Before We See Goldflation

There is a history of debt cycles, currency destruction, and speculation mania. Today speculation wealth has created an “everything bubble” that is directly attributed to unsustainable central bank liquidity. According to its definition, a central bank, reserve bank, or monetary authority is an institution that manages the currency and monetary policy of a state or formal monetary union and oversees its commercial banking system. In contrast to a commercial bank, a central bank possesses a monopoly on increasing the monetary base. Well since 1971 when the US dollar was “temporarily” taken off the gold standard, we have seen printing and stimulus and now central banks acting like hedge funds. Paper currencies are dying before our very eyes and bloated risk assets from crypto, stocks, bonds, and real estate are all reaching dangerous highs. History tells us that when this “everything bubble” bursts, we will revert to more dangerous lows. Since only .5% of the world’s financial assets are invested in gold, the current eventual unwinding of paper assets will force gold prices much higher through increased demand for wealth preservation, creating a new “tion” word goldflation. We will define goldflation as the general increase in the gold price due to the unwinding of debt and inevitable currency and paper market devaluation and implosion.

All other paper currencies in history have gone to zero

Richard Nixon in 1971 took the US dollar off the gold system entirely. Since then, mostly all paper currencies have lost significant purchasing power and 97–99% of their value against gold. Although this was proclaimed to be a temporary adjustment, fifty years later we are seeing prices increase at a faster rate than we saw in the 1980s. World debt has increased from $100 trillion in 2000 to $300 trillion twenty years later. The printing of paper money is the real pandemic out there that will affect every single saver and investor. The entire world is now doing it. It is not sustainable for the financial system to deal with this much spending and debt without bad consequences. As the US dollar fades into oblivion as the central bankers again get it wrong, investors will be forced to cash in whatever they have left and move it into a stable tangible asset. You can’t print physical gold out of thin air. There is only so much to go around, and prices will have to rise substantially to accommodate all the demand that will be eventually forced into gold. Financial institutions and individual investors will have to take a portion of their assets and run for cover in the gold market. The gold market is relatively very small compared to the bond, currency, and stocks markets. As investors flee paper currencies and the assets that are backed by debt and paper, the gold price will rise dramatically created a scenario of goldflation. As Egon von Greyerz states So far gold has not yet reflected the massive growth in fiat money that the world has experienced in this century.

Wolf Richter recently talked about margin debt at brokers reported by FINRA. Wolf says Stock market margin debt spiked by $33 billion in October from September to another all-time high of $936 billion, up by $277 billion, or by 42%, from a year ago, and up by 67% from October 2019. When this market is going down hard enough, it will trigger massive bouts of forced selling as margin calls are going out, and leveraged investors have to sell stocks to pay down their margin debt, which then pushes down prices further, which then triggers more forced selling, and more fears of forced selling, as portfolios are being liquidated, thereby accelerating the swoon. High levels of stock market leverage are one of the preconditions for a massive sell-off. It’s hard to have a massive sell-off without a lot of leverage. We all know this bubble will eventually be destructive of the kind that we have never seen. The Fed recently said in its Financial Stability Report, The median leverage ratios of younger retail investors are more than double those of all investors, leaving these investors potentially more vulnerable to large swings in stock prices, as they have a larger debt service burden. Moreover, this vulnerability is amplified, as investors are now increasingly using options, which can often boost leverage and amplify losses. Why would this mania end any differently than the tulip mania in the 1630s, The South Sea Bubble of 1720, The British Railway Mania of the 1840s, the 1890s Brewery Bubble, the Bicycle Mania in 1896, the Roaring 1920s, or even the dotcom boom in 2000? It eventually won’t as many investors will be left holding the bag. Many paper assets will have no choice but to be sold and funds will move sideways into physical gold causing goldflation as investors try and preserve whatever is left. The volatility of the selloff in margined markets and stocks will eventually cause more demand for physical gold and cause a dramatic revaluation of the price of gold much higher.

Citizens we talk to are scared of the banking system

Many clients we talk to are slowly pulling their cash out of the banking system. After reviewing the comments for Biden’s pick for Comptroller of the Currency last month, Saule Omarova, it’s not a surprise. According to a video taken on January 28, 2021, Omarova made a presentation about a paper she wrote. And she describes it as a way to try to re-design the current financial system to connect it more directly to the macro-economy and to make the connection more effective and equitable for everyone. The purpose of the proposal was to change the public-private power balance in finance. The Federal Reserve’s balance sheet is the ‘crucial lever’ in achieving this. The Fed can indirectly induce private banks to increase their lending, but cannot force them to do so. She said her paper pushed the idea of “Fed accounts,” or digital dollar deposit accounts for everyone, to the limit, and to imagine what would it be like if instead of being just a public option for deposit banking, this would be the full transition, in other words, there would be no more private bank deposit accounts, and all of the deposit accounts will be held directly at the Fed. She called her idea a thought experiment. This is shocking and outrageous, to say the least. Omarova has also called for the bankruptcy of some oil and gas companies to fight climate change. With comments like this is it any surprise that any American would not trust the banking system or our leaders in Washington DC and rush to get their hands on some of their own money? As more cash reserves move into physical gold, goldflation will be a common word we will hear more of in the future based on its tremendous rise in price.

In 2019 the NY Times wrote a story Safe Deposit Boxes Aren’t Safe. Banks are places to store your money, but not really. Not literally. It’s not like you hand your money to the teller and they put it in a special envelope with your name on it, to be opened when you make a withdrawal. No, you give the bank money in exchange for a special sort of payable-on-demand debt obligation, and the bank mingles the money with other people’s money to fund loans, and of course, the loans create the deposits, etc., etc., etc.

On the other hand, if you have valuable stuff you can leave it with the bank and the bank will keep it in a box for you. Mr. Poniz found his box empty, he began piecing together what had happened: Wells Fargo had tried to evict another customer for not keeping up with payments, and bank employees had mistakenly removed his box instead. After drilling No. 105 open, the bank shipped its contents to a storage facility in North Carolina. After Mr. Poniz discovered the loss, Wells Fargo sent back everything it had in storage, but some items had vanished. Oddly, the bank returned to him five watches that weren’t his. They were the wrong color, the wrong size — totally different than what I had, Mr. Poniz said. I had no idea where they came from. The Office of the Comptroller of the Currency, the banking industry’s main federal overseer, said it had no grounds to get involved. “No provision of federal banking law expressly regulates safe deposit boxes,” said Bryan Hubbard, an agency spokesman. Bank of America says in its lease agreement stating that the renter assumes all risks of leaving a property in the box.

“The bank’s liability for any loss in connection with the box for whatever reason shall not exceed ten (10) times the annual rent charged for the box.”

Goldflation will occur as investors buy up gold in the form of gold bars, gold coins, or gold ingots as a private tangible asset and diversification. With all of this going on, it’s no wonder that our clients feel safer with the majority of their tangible assets in their own care invested in tangible gold. With all the enormous risks in the current market, what are you waiting for? Get gold today or add to your hoard for wealth preservation.