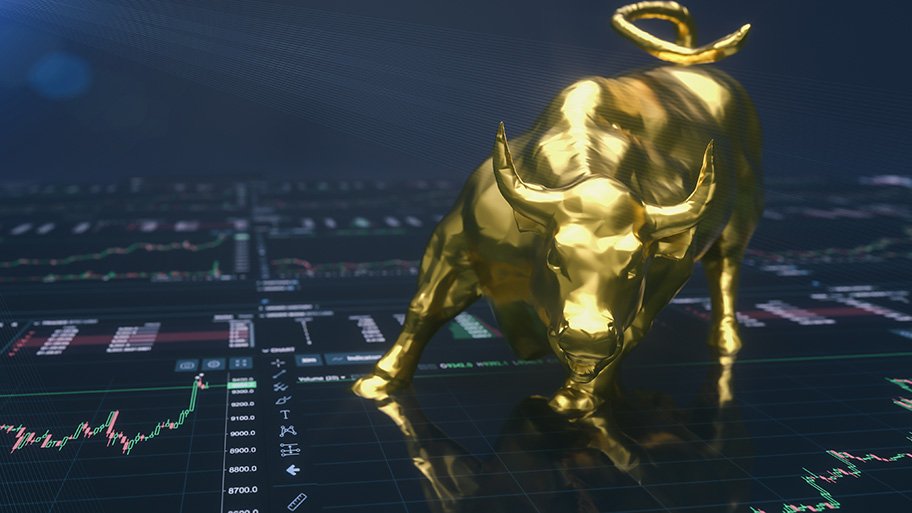 As the Markets Lose Trillions, Gold Is Holding Its Own

Everyone can see the markets have been melting down this year dramatically. Investors are panicking as paper markets lose steam every week. Those big gains from the last few years in bonds, cryptocurrencies, and stocks are gone. As the markets are giving the signs that a crash is looming, gold has held its own. The typical 60/40 portfolio of bonds and stocks is not working anymore. This so-called diversified portfolio is highly correlated and they are going down together.

Matthew Piepenburg is a principal at Matterhorn Asset Management in Switzerland. Matterhorn in my mind is one of the preeminent voices on gold and wealth preservation through precious metals in the world. Typically they only deal with high net worth individuals that are looking for at least two million dollars of gold to be held at a vault in Switzerland. Recently Matthew did an interview regarding the current state of the market and gold. In this week’s article, we focus on this interview.

In February of 2022, the Ukraine and Russia conflict started. Financial sanctions were levied against Russia concerning SWIFT, SDRs, and even trade. This will have even a bigger impact than when the US dollar was completely unpegged from gold in 1971. These financials sanctioned have backfired. The US dollar was weaponized. This may have made great headlines but it’s a bad message.

Paper assets can be frozen and other countries must be thinking what if we do something wrong? Germany is openly criticizing Putin’s policy but at the same time sending weapons to Ukraine and sending dollars or rubles to finance Russia for resources. 35% of German oil and 45% of its gas come from Russia so they can’t afford to be too tough. 80% of Austria’s oil comes from Russia through Ukraine. As the US dollar continues to lose trust, these countries will look to do more business outside of the dollar as well; this will affect the value of the US dollar slowly.

Russia getting closer to China and their relationship is strengthening

Central bankers and politicians are being disingenuous with this debt charade

$300 trillion in global debt with one-third of GDP is an appalling unsustainable number. In the US combined public, corporate, public, and government debt is over 90 trillion. It takes $4 of debt to make $1 of income and that too is unsustainable. Every debt crisis leads to a market crisis, a financial crisis, a social crisis, and a political crisis that typically ends with extreme centralization and control from either the left or the right.

History and math need to be respected. There is no way to grow out of this debt pile. The kick the can down the road will lead inevitably to a currency and debt crisis. It’s inevitable and unsustainable. Investors are being lied to as they have seen stock and bonds reach all-time highs by printing money with the click of a computer key. Central bankers and politicians are being disingenuous with this debt charade. You can’t monetize treasury markets and bond markets by mouse-clicked printed money. Thomas Jefferson, Woodrow Wilson, and Andrew Jackson all regretted signing the Federal Reserve into law. This debt has consequences.

While the price of gold is holding its value, the dollar is losing its predominance and its purchasing power. The US has been able to export inflation and debasement of its currency for decades. The central bank continues to print money to monetize its debt. Other countries will continue to debase their currencies to repay their US dollar-denominated debt. There are ramifications for this in South America, Eastern Europe, and Asia. It will be worse in third-world countries like Venezuela, Turkey, and Argentina which have a lot of US dollar-denominated debt. As the US dollar continues to lose trust, these countries will look to do more business outside of the dollar as well; this will affect the value of the US dollar slowly over time.

Bitcoin is a trade and a speculation

April was the worst month for NASDAQ since 2008 but also awful for Bitcoin, which is ultimately a tech stock. Bitcoin can’t be trusted as a store of value or as a currency hedge like physical gold. Gold was far more anti-fragile than the NASDAQ or Bitcoin in April in May and held its own as a far more stable asset. Many investors who made big profits on Bitcoin are now converting some of those gains into physical gold.

As cryptocurrencies are losing most of their gains, and most will go to zero, gold has held its value. While blockchain technology is real, unfortunately, cryptocurrencies are still risky speculation that has not worked now for a while. Will it work in the future? If you are willing to risk it all on that premise, then that by definition is a gamble. This is a gamble that may or may not pan out.

Gold has held its own and is expected to go higher

Many wonders why gold isn’t $2,500 by now with these perfect scenarios. We have inflation, geopolitical risk, and negative real rates. Even though the price of gold this year is flat, it’s behaving much more reasonably and stable than everything else. If we look at the big picture for gold in 2015 at $1,100 and it broke $1,350 in 2019 and now it is a little under $1,900. So all in all it has performed relatively well and is expected to make a new high soon and head much higher over time. The bull market for gold hasn’t even begun.

Central bankers never have any accountability. Central bankers will conveniently blame this debt implosion on Covid or Putin. There were already credit and liquidity problems in 2019 and Covid provided a whole new bailout bigger than the 2008 bailout. The Fed is a private entity. The average investor is missing the debt problem.

Amazingly, people don’t want to see this. You can’t solve a debt problem with more debt and then monetize that debt with a mouse click. Fed can only save the markets by monetizing them and inflating the bubble even more thus killing the currency. To inflate all this debt away is horrible for the average investor not to mention causes a financial crisis, a social crisis, and a political crisis as stated above. Purchasing power is the real issue. Since 1971 all fiat currencies have lost 95% of their value against gold.

Gold has far more trust and credibility than the dollar. Gold is insurance for dying debased currencies. Gold prepares you for the social, political, and market consequences that are inevitable. Hard assets are a much better hedge to protect wealth. This is gold that you can hold. Every debt crisis ends terribly throughout history from Ancient Rome to today. The arrogance comes before the fall. Before markets and our currency are wiped out, preserve some of your wealth in gold today before you no longer have that option. Moving some of your assets into physical gold won’t ruin your financial future. Based on history, gold will save a good portion of what you have left.