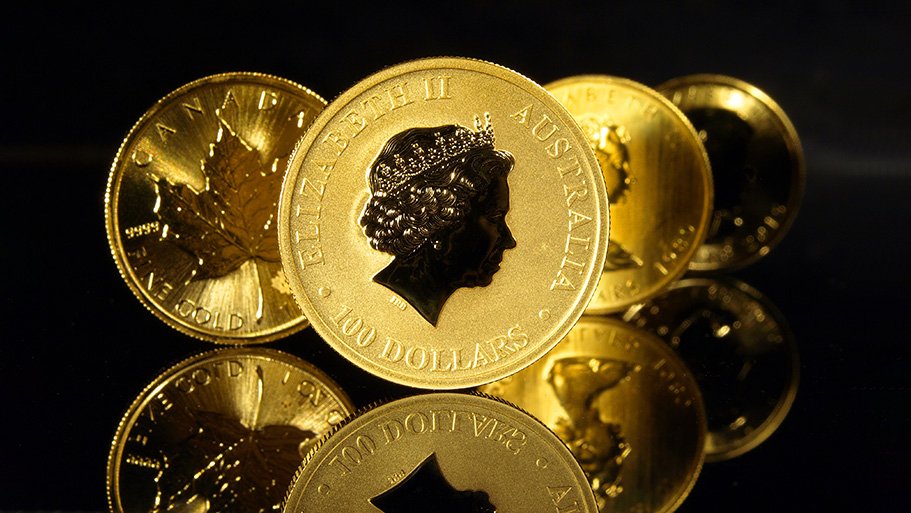 With the Markets at High-Risk Levels, Physical Gold is a Must-Own for Wealth Preservation

Last week Meta’s (Facebook) stock fell 25% overnight. Netflix lost more than $100 per share overnight and shaved $50 billion off its valuation. PayPal and Shopify stock, two of the best high flyers over the past two years, are down over 60% from their highs just over the last few months. Most of the speculative names are down even more. Oh, how the narrative has changed in such a short period. The market pundits are hiding under their desks as the media portrays the market fall as no big deal. Just chillax and it will always come back. Well, not everyone has twenty years to wait for some to come back. Some companies will go to single digits, pennies, or even to zero. It’s the same game with different players. Does anyone remember 2000 to 2003 when NASDAQ dropped 80%?

With the markets still at high-risk levels, physical gold is a must-own for wealth preservation. Going forward there will always be opportunists; Investors that have extreme skill and patience to trade the equity markets. This is not the average investor. The average investor has been trained to stay the course and just wait it out. As those IRA and 401(k) quarterly statements come rolling around, many will be saying “Oh not this again!” Yes, it’s happening again. The last twelve years of great market gains were mainly due to funny money and debt. Yes, there is a light at the end of the tunnel where we will someday come out of this better. Right now that light is a speeding locomotive bearing down on the market at full speed. Of course, there will be sharp rallies that suck investors back in. The Japanese NIKKEI 25 Index hit an all-time high in 1989 and to this day has never made it back there. Going forward we see many issues that make the ownership of physical gold as a hedge even more important.

The Freedom Convoy has been a big news topic recently. It is a much bigger deal than the media will show and talk about. Since late January Canadian truck drivers have occupied parts of Ottawa and ultimately blocked some vital trade routes. This protest is due to Covid restrictions and vaccine mandates. It’s simply about government control versus advocates of freedom. These protests are garnering international attention and their potential to further fuel the anti-government movement across the globe. According to Politico, the protest organizers have raised about 10 million Canadian dollars, or 7.8 million US dollars, through GoFundMe for their Freedom Convoy protests. Only a small amount was dispersed to organizers since GoFundMe shut down the campaign after police cited violence and unlawful activity during the protests. Justin Trudeau, the Prime Minister of Canada, empowered Canadian banks to seize funds from personal bank accounts. The government is directing financial institutions to review their relationships with anyone involved with the blockades and report them to the RCMP or CSIS. As of today, a bank or other financial service provider will be able to immediately freeze or suspend an account without a court order. In doing so they will be protected against civil liability for actions taken in good faith. If the Canadian Government detects support for the Truckers Convoy, account funds can be frozen. Canada is not China. The United States is not China, but don’t be so foolish to think that it won’t happen here when we see the next group uprise for freedom and vaccine mandates here in the United States. Canada went even further to say that These changes cover all forms of transactions, including digital assets such as cryptocurrencies.

Gold and silver are the only forms of private money that exist today. It is imperative that every single American realizes this and diversifies some of their paper assets into precious metals. With the markets at all-time risky levels and government overreach, physical gold is a must-own for wealth preservation. The icing on the communist cake: the Canadian Government is bringing forward legislation that will make the changes permanent. Control is important when it comes to controlling a portion of our assets directly, in our possession. Control displayed by the government is just not what anyone signed up for in Canada or more importantly here in the US.

Inflation rates are moving up as the Fed unwinds its bonds

Over the past twenty years, the Fed has purchased over $8 trillion of US debt. Who is going to buy this debt when the Fed slows down and possibly stops? The United States is a nation that relies on debt and printing money. The entire financial system is based on this central banking thinking. The financial system as we have come to know it is on its last leg. The system is running on fumes. There is so much debt out there, that no one truly understands what will happen when it all comes down like a house of cards. For those that understand this, physical gold and silver are an important and meaningful part of their nest egg and legacy. There could be quadrillion dollars of financial derivatives out there that are a financial system ticking time bomb. Inflation gauges are already at a 40-year high and heading higher. What kind of a clown would believe that with all of this debt and stimulus money and financial assistance and rent relief available that inflation is going away any time soon. It’s foolish to think that the government can print its way out of this without serious financial implications. Rational investors understand that with the markets at all-time risky levels, physical gold is a must-own for wealth preservation. Exponential money stimulus means exponential risk. Global debt was roughly $80 trillion in 2000, and now it is close to $300 trillion. And that’s what the governments admit to. How much else is out there in “secret bookkeeping” that no one knows about? Smart investors who diversify in physical gold are not willing to risk their entire nest egg on that question.

Political conflict is the clash between groups of people for the control of power, authority, prestige, and resources. Think about these countries for a moment, Russia, China, and Iran. Think about what is happening in Australia and Canada and the Middle East. What about the division here in the United States? It is a country divided as we have never seen before. It almost makes you wonder if it is being done on purpose to weaken the whole.

War has always been big business. The thing I think about most is “What are our leaders going to do about a financial and national crisis?” Do we have the right people in charge to make the absolute best decisions for every American? Politicians can’t be believed. Central bankers are lining their pockets and taking care of their buddies. Who is making the decisions concerning our money? Since when in the last thirty years has the Fed made the correct timely decisions. They are completely behind the curve when it comes to all of this. You are on your own to protect a good portion of what you have worked so hard for. They don’t have an answer for inflation. They don’t have an answer to avoid a market crash. Our government already showed in the tiny Afghanistan situation that political decisions will be really bad. Afghanistan is a country of goat herders. Look at the spending plans. We are the, we were the superpower of the world and I have no faith in anyone calling the shots. And when we uprise and protest back, they call the police, install martial law, and seize bank accounts. And oh yes, print a whole lot more fiat money. I’m sorry to be such a downer today, but for gosh sake please at least protect your money. With the markets and the political climate at all-time risky levels, physical gold is a must-own for wealth preservation.

The price of gold was $250 in 2000. Gold was $800 in 2006. The yellow metal hit $1,900 in 2011 and made a new high of $2,060 in 2020. There is pretty good evidence that the price is starting another run to eclipse those highs very soon. Gold is the safe medium of exchange and a store of value. It’s been private money for 3000 years. Gold in your possession has no third-party risk and is not part of the BIS banking system. It is imperative, with everything being so risky and air being let out of the equity markets, that every American own gold and silver for a part of their nest egg. Both have a long track record of getting you through financial chaos and political unrest. Ladies and gentlemen, financial chaos and political unrest are headed right this way. Wealth preservation, financial privacy, and tangible assets are more important today than ever.