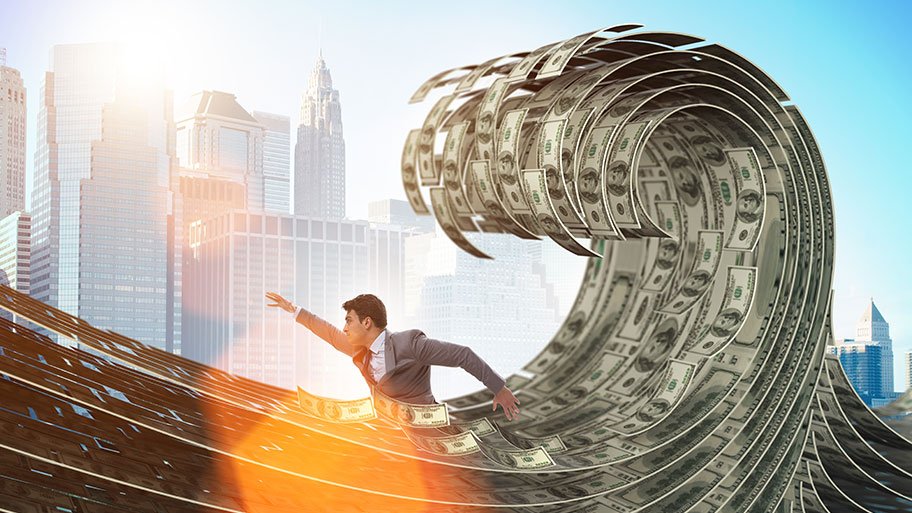 There Is a Serious Liquidity Problem in the Financial System

Most people reading this blog are well aware of what a stock or a bond is. They are aware of what fiat money is and the fact that fiat money is backed by nothing except debt. Many are not aware of what derivatives are and how toxic they are and will ultimately cause a liquidity problem in the financial system. A financial derivative is defined as a security whose value depends on, or is derived from, an underlying asset or assets. The derivative represents a contract between two or more parties and its price fluctuates according to the value of the asset from which it is derived. These underlying assets of derivatives are currencies, stocks, bonds, commodities, cryptocurrencies, and equity indices.

In 2003 Warren Buffett warned that rapidly expanding derivatives are a threat to both the parties that deal in them and the economy. Buffett went on to call derivatives a financial weapon of mass destruction and that these derivatives pose a mega-catastrophic risk. Buffett also said that derivative contracts also invite erroneous accounting because they are often valued on assumptions that can be wildly inaccurate. Warren hasn’t said anything recently on derivatives as the derivative market today is over a quadrillion dollars. Maybe it was suggested to keep quiet on this subject and just talk about the stock market and your companies Mr. Buffett. Either way, these derivatives are already causing a serious liquidity problem in the global financial system that is already drowning in debt.

A liquidity problem already existed in the US system in 2019

The overnight funding market in the fall of 2019 was already flashing liquidity problems. Dallas Federal Reserve Bank President Robert Kaplan said The dramatic increase in Treasury issuance takes liquidity out of the system. This is when the Fed started buying $120 billion of Treasuries and Mortgage-Backed Securities monthly. This was before trillions flowed in due to the convenient pandemic that followed in 2020. It was just more fake money, buying more fake bonds, to support the fake financial system of enormous debt. Well, it’s going to produce a real implosion of debt eventually. In the fall of 2019 and for really the last few decades, the Fed is supporting a fake market with fake money printing that is disguising a serious liquidity problem in the financial system.

The Bank of Japan recently injected liquidity into the system

Recently liquidity problems arose in Japan. Did anyone hear about this as CNBC continues to tout buy the dip? The Japanese Government owns 55% of the BOJ’s outstanding shares. Japan has the second biggest sovereign debt market. Any clue who is number one? Yes, you got it correct, the United States. Even though inflation is increasing in Japan also, the BOJ insists on keeping interest rates at rock bottom. The BOJ’s determination to stick to its easing policy is increasingly at odds with other central banks that are raising rates to rein in inflation. Why do they need to do this? There is a liquidity issue with their markets. Recently there were no trades in their 10-year benchmark note for the first time since June. Japan is just another fake market that threatens global financial stability and liquidity.

The Bank of England supports the pension system with liquidity

During the first week of October, the Bank of England said pension funds were hours from disaster before it intervened. There was a massive sell-off of UK government bonds. These bonds are known as gilts and the BOE had to step in with liquidity. Another fake monetary system built on printed money and fake bonds. These bonds make up LDIs, which are known as liability-driven investment funds. Many pension funds invest in these LDIs. It’s all intertwined folks and it all starts with printed fake money, which is leveraged, loaned out, and used to purchase government bonds. It’s another house of cards waiting to implode. It’s another liquidity problem of worthless debt that is only supported by more fake money.

Did anyone hear that in September the Fed quietly sent $3.1 billion to the Swiss National Bank to cover an emergency dollar shortfall? It’s more printing to avoid systemic financial collapse. Actually, on the 12th of October, the Fed reported that it sent $6.27 billion to the Swiss Bank at 3.3%. Why would Switzerland have a financial institution that would need $6.3 billion of overnight funding at 3.3%? Folks, that’s because there are global entities that have so much leverage and debt that liquidity problems are inevitable. Debt implosions are inevitable. And what is the answer to all of this? Well, to fix all these debt and liquidity problems, the central banks can just create more fake money out of thin air and loan it out. That kind of financial response leads to one thing, bankruptcy.

Many people are asking why the gold market hasn’t been going up lately. It is a relevant question. We just covered the major global liquidity issues above. They are causing major volatility. These disruptions with short squeezes and temporary liquidity are all short-term in nature. None of them is a fix. A market can do anything in the short-term based on investors and entities being on the wrong side. We are going to see a lot of this. The only thing that matters is what happens in the long run. Where will we be in five or ten years?

None of this temporary liquidity action solves the problem of debt and derivatives. The global financial system that we have is a ticking time bomb. It inevitably bursts and implodes. Physical gold is for when the system implodes. Physical gold is for when our currency crashes. Look at those headlines above folks. This is very serious. The liquidity problem is real and it is global. The actions of the government and central bankers to print more and spend more are not a fix. It will only make things worse. The system and our money could crash at any time. That’s why you own gold and that’s why the price of gold in the short term doesn’t matter.