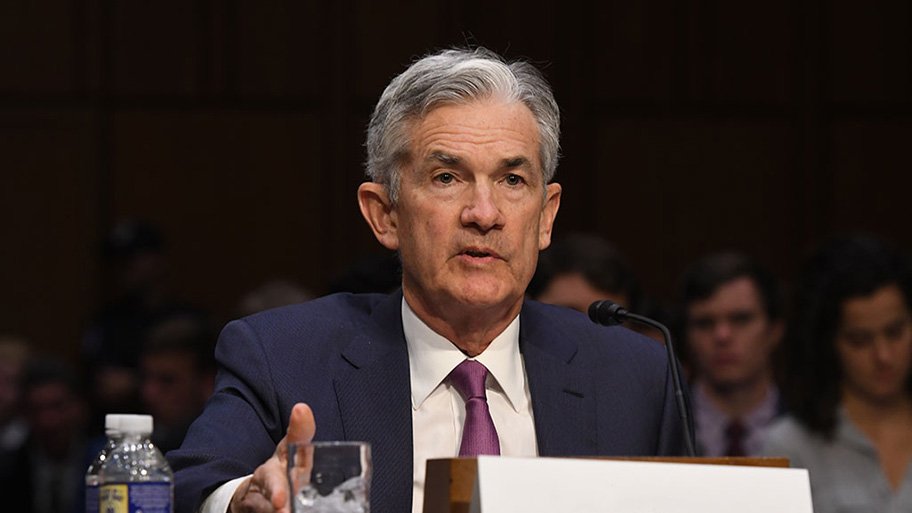 On February 23, Jerome H. Powell, the Federal Reserve chair, testified to lawmakers on the economic rebound from the pandemic recession and the threat of future inflation. Equity markets continue to trade wildly as GameStop and Tesla continue to attract speculators as the Fed is seen as a savior no matter what. We all know how this is going to end, the question is when. In this week’s article, we discuss what the Federal Reserve chairman said and what this means to an already historically highly valued market. It’s a joy ride in the markets until it isn’t.

The Federal Reserve chair says the recovery is “far from complete”

“Far from complete” means more printed money, more monetary stimulus, and more bond-buying. Trillions have already been thrown at this pandemic. Trillions more are coming. The Fed has been supplying $120 million a month since September of 2019 buying mortgages and bonds. In 2008 assets on the Feds balance sheet stood at $800 billion. In 2015 assets on the balance sheet were $4.5 trillion. In 2020 the Feds balance sheet was over $7.5 trillion. So what has happened since the last crisis in 2008? Oh, we’ve kicked the can down the road. There has been exponential credit expansion and debt. President Obama took office and had $10 trillion in federal debt. He left office and debt stood at $20 trillion. President Trump in four years took it to $28 trillion. Maybe President Biden will take it to $40 trillion in the next four years. I guess it doesn’t matter how much money we print or how much debt the government takes on. It won’t matter until it does. By then it will too late for the average investor to do anything about it. The Fed has our back. They will preserve our nest egg. No worries here at all as almost every stock in the market is near all-time high valuations.

Unemployment is closer to 10%, not near the 6.3% reported

According to top economic officials, US unemployment is closer to 10 percent, not near the 6.3% reported. The figures we hear reported don’t take into account the people who have stopped looking for work. Economists have long worried that by relying on the headline rate, they ignore people they shouldn’t. The ones ignored include would-be employees who are not actively applying for jobs because they are discouraged or because they are waiting for the right opportunity. Published unemployment rates during Covid have dramatically understated the deterioration in the labor market, Mr. Powell said recently. We have an unemployment rate that, if properly measured in some sense, is close to 10 percent, Treasury Secretary Janet L. Yellen said on CNBC. Ok, this is pretty gloomy news for the United States. The whole world is experiencing this! You would have to have been on that Mars rover recently to think that more debt is going to solve this global debt problem. Global debt in 1971 was $5 trillion. Global debt in 2000 stood at $80 trillion. Global debt in 2020 was close to $280 trillion and growing. There is no healthy global economy. There has been no healthy growth for decades. Whatever point we are at now is because of debt. Debt that will eventually implode and all the assets that back that debt will go down too. The central banks have our back. They will preserve our nest egg. No worries here at all as almost every stock, bond, and real estate asset is valued near its all-time high. If you were not on that Mars rover, you may want to really look at where we are.

The economy is a long way from our employment and inflation goals, and it is likely to take some time for substantial further progress to be achieved, Mr. Powell said. This means that that the Fed will keep buying bonds at least at the rate of $120 million per month. As bond prices go up, yields come down. A recent bump in interest rates has everyone spooked. But look at where we came from a year ago. Nothing goes up or down in a straight line. The US dollar is in a downtrend. The Fed has to keep interest rates low. The government can’t afford higher interest rates as the federal deficit grows by trillions. Mr. Powell said on Tuesday that inflation dynamics generally do not change on a dime and that if unwanted price pressures arise, the Fed has the tools to push back on them. Congress and the White House have provided enormous spending packages. We had the largest fiscal deficit last year in history. This isn’t going to stop. It’s going to be print and spend into oblivion. The Democrats are now pushing for another $1.9 trillion in relief for workers and businesses. Then there will be another push, and then another. The only bullet in the Feds gun is to print money and keep interest rates low. Keep inflating that bubble until it pops. Don’t worry; the central banks have our back. They will preserve our nest egg. No worries here at all. The amount of debt out there doesn’t matter until it does. It’s OK, they have your back. Keep it all in paper assets. I was born one night but not last night.

Physical gold has been seen as a store of value for over 3000 years. A client asked me today why would anyone ever buy paper gold? A great question I thought. So I pondered for a second and said, maybe his advisor only trades paper gold, maybe someone has a traders mentality, maybe they don’t have a gold dealer who is transparent and they can trust, maybe they only trade on platforms because there is little or no fee, or maybe they just don’t know how to own physical gold and how to do it wisely. My client’s next question was, how can I get some of my money out of the bank and out the markets and hold gold coins and gold bars myself? I asked him why? My client stated, Because my family is counting on me to preserve some of our nest egg and do the right thing for them. There is way too much debt and money printing going on and it will end very badly. I paused for a second, looked at my client and his wife, and said, You are a smart man. Your family will be better for it in the long run. Let me show you how.

Folks, it doesn’t matter that gold has been going sideways to down for months. It’s an opportunity to still get some before it’s not available anymore or only available at a much higher price. Since 1971, gold has doubled in price every seven years. Physical gold over time has always held its value, always been worth something, never has had third party risk, has never been dependent on the electrical grid, and has never been hacked. Its price has been manipulated and artificially held down by central banks, but this will eventually give way and much higher prices will follow. How could we possibly know this? Very simply, they will print more money, fiat currencies will be debased, our dollar will always buy less in the future, and we have foolish politicians and bankers running the show. Our debt problem can only get worse.

Do yourself and your family a huge favor. Call Midas Gold group today at 480-360-3000 and 805-601-6000 and give us a shot to be your transparent trusted dealer. Oh, by the way, my client also asked Why should we give Midas Gold Group a shot to be our dealer? Boy, I tell you, this client had all the important questions. I simply said, Midas will be transparent, educate you on owning physical gold, be reliable, answer your calls, charge your fair prices, give personal service, and work harder for you than any other gold dealer out there! He said, Where do I sign? Call Midas Gold group today at 480-360-3000 and 805-601-6000. A live person can be reached Monday through Friday from 8 am to 4 pm PST.