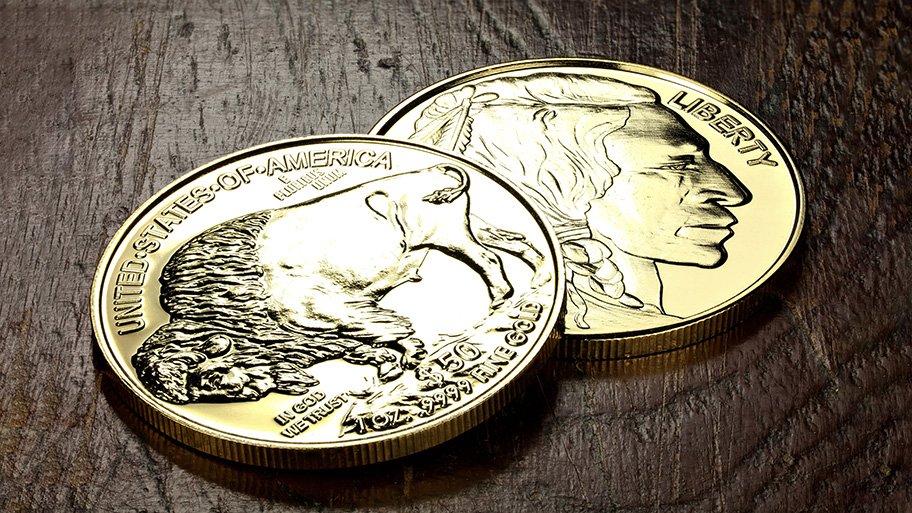 Investors Should View Gold as Currency

Historically, gold is and has always been money: the oldest and most stable form of human currency. As stated many times in this blog over the years, we are now entering the last phase of fiat money. The fiat experiment started in 1971, is over fifty years old, and is crumbling. Inflation is eroding the dollar’s buying power. Dollar dominance is diminishing. 20 years ago the price of gold was $300. Today the price of gold is $1,800. That means if you held your savings in gold for the last 20 years, your purchasing power held as the price of gold has appreciated by 500%. If you held your savings in dollars, it will probably buy about half of what it did 20 years ago. You have to make at least 15% a year in the stock market to just make up for what the dollar loses each year. This is the hard fact that many investors fail to realize when it comes to speculation in the stock market. With inflation on the loose with no end in sight, it is imperative to protect your purchasing power with physical gold.

Cash reserves are a guaranteed loser to keep up with the cost of living. Some speculation is fine, as long as you don’t put all of your eggs in one basket. The last 20 years have been great for technology investors who have held on and bought every dip. Someday soon that cycle will be over. Historically central bankers have manipulated and held down the price of gold on purpose. What will people think their dollar is worth when gold trades at $10,000 or $20,000 per ounce? This week we look at historical information on gold and how the government has always tried to keep the price of gold down. Eventually, this will no longer be the case as gold goes up dramatically in price as every fiat currency in the world disintegrates. Much of the following information is taken from the World Gold Council’s website and the great job they do talking about the history of gold.

The Gold Standard was a system under which nearly all countries fixed the value of their currencies in terms of a specified amount of gold, or linked their currency to that of a country that did so. Domestic currencies were freely convertible into gold at a fixed price and there was no restriction on the import or export of gold. Gold coins circulated as domestic currency alongside coins of other metals and notes, with the composition varying by country. As each currency was fixed in terms of gold, exchange rates between participating currencies were also fixed. Remember before 1933 there were two forms of money, gold, and paper. A $20 one-ounce gold coin was worth $20 and a $20 bill was worth $20. At that time each bought a man a nice suit. Today an ounce of gold is worth over $1,800 per ounce and still buys a man a nice suit. On the other hand, the $20 bill can’t even buy a nice tie. The gold coin held its purchasing power, while the $20 bill lost tremendous purchasing power. Historically gold should be viewed as money. The dollar always buys much less in the future. In March 1933, the president prohibited banks from paying out or exporting gold, and in April of that same year, Roosevelt signed Executive Order 6102. It was touted as a measure to stop hoarding, but was, in reality, a massive confiscation scheme. The order required private citizens, partnerships, associations, and corporations to turn in all but small amounts of gold to the Federal Reserve at an exchange rate of $20.67 per ounce. In 1934, the government’s fixed price for gold was increased to $35 per ounce. This effectively increased the value of gold on the Federal Reserve’s balance sheet by 69%. The Federal Reserve Act required all Federal Reserve notes have 40% gold backing. But the Fed was low on gold and up against the limit. By increasing its gold stores through the confiscation of private gold holdings, and declaring a higher exchange rate, the Fed could circulate more notes.

It was clear during the Second World War that a new international system would be needed to replace the Gold Standard after the war ended. The design for it was drawn up at the Bretton Woods Conference in the US in 1944. US political and economic dominance necessitated the dollar being at the center of the system. After the chaos of the inter-war period, there was a desire for stability, with fixed exchange rates seen as essential for trade, but also for more flexibility than the traditional Gold Standard had provided. The system put together fixed the dollar to gold at the existing parity of $35 per ounce, while all other currencies had fixed, but adjustable, exchange rates to the dollar. Unlike the classical Gold Standard, capital controls were permitted to enable governments to stimulate their economies without suffering from financial market penalties.

Monetary shenanigans are only increasing. Today’s consumer goods prices are 15.44 times higher than average prices since 1945, according to the Bureau of Labor Statistics consumer price index. A dollar today only buys 6.48% of what it could buy back then. The inflation rate in 1945 was 2.27%. The current year-over-year inflation rate (2020 to 2021) is now 6.81%. If this number holds, $1 today will be equivalent in buying power to $1.07 next year. No, this number will not hold, it will eventually get much worse. Unfortunately, paper US dollar holders will learn a very costly lesson viewing fiat money, like the US dollar, as real money. US dollars that are not living expense money are a waste of time and doomed. Not to mention an awful investment guaranteed to buy less in the future. It’s nice to see a big cash balance in your bank account or retirement account, but when all is said and done; it will buy much less in the future. Inflation will continue to erode buying power and the money you have set aside for retirement will not buy as much as you hoped it would. By having a long track record of holding your purchasing power, gold should be viewed as money.

The end of the Gold Standard completely

Governments and central banks were implicitly expected to behave in a certain manner during the period of the classic Gold Standard. In addition to setting and maintaining a fixed gold price, freely exchanging gold with other domestic money, and permitting free gold imports and exports, central banks were also expected to take steps to facilitate and accelerate the operation of the standard, as described above. It was accepted that the Gold Standard could be temporarily suspended in times of crisis, such as war, but it also was expected that it would be restored at the same parity as soon as possible afterward. In practice, several researchers have subsequently shown that central banks did not always follow the ‘rules of the game’ and that gold flows were sometimes ‘sterilized’ by offsetting their impact on domestic money supply by buying or selling domestic assets. Central banks could also affect gold flows by influencing the ‘gold points’. The gold points were the difference between the price at which gold could be purchased from a local mint or central bank and the cost of exporting it. They largely reflected the costs of financing, insuring, and transporting the gold overseas. If the cost of exporting gold was lower than the exchange rate (i.e. the price that gold could be sold abroad) then it was profitable to export gold and vice versa.

Fifty years ago, President Richard Nixon slammed shut the “gold window” and eliminated the last vestige of the Gold Standard. Nixon ordered Treasury Secretary John Connally to uncouple gold from its fixed $35 price and suspended the ability of foreign banks to directly exchange dollars for gold. During a national television address, Nixon promised the action would be temporary to defend the dollar against the speculators, but this turned out to be a lie. The president’s move permanently and completely severed the dollar from gold and turned it into a pure fiat currency. Nixon’s order was the end of a path off the Gold Standard that started during President Franklin D. Roosevelt’s administration. 1971 is the year that the US began to see a serious decline of the middle class and a massive expansion of income inequality. I see this as just more shenanigans to manipulate our paper dollar. I observe this as a deliberate act by every government and central bank to keep gold down. The government would have been better off viewing gold as real money.

The gold price has changed only four times from 1792 to the present: Starting at $19.75 per troy ounce, raised to $20.67 in 1834, and $35 in 1934. In 1972, the price was raised to $38 and then to $42.22 in 1973. Since then we have seen the biggest central bank conspiracy and manipulation of gold and our paper money in history. If you think about it, it’s criminal. Savers have been punished on purpose for trying to do the right thing by saving dollars. Speculation has been encouraged by abnormally low interest rates and immense debt. Yes, all of this speculation has spurred innovation. The innovation that has worked has made a small portion of the world immensely wealthy. Some of the world has tried to invest intelligently.

When I look at a stock market historical bubble, and a housing market bubble, aren’t we looking at immense inflation through these inflated prices? If you are lucky enough or have been smart enough to be in this position, protect some of it in physical gold. Exponential money printing and stimulus means exponential risk. Paper gold and ETFs are not real gold; they are just ways to keep your money in the banking system as paper. Mining shares are still tied to the stock market and company execution.

Historically physical gold will hold your buying power and will be there when you need it. Fiat money is ending and will look very different five or ten years from now. But the fact remains the same; the money the government gives us at that time will always dwindle and buy less each year. Your chance to do something about the next twenty years starts with a decision today to move some cash reserves or retirement funds into physical gold while it’s still available at an undervalued price. History says it will be worth more than it is today and will still be real money. The US dollar is dying and gold will not!

Coinage Acts and Executive Orders that Shaped US Gold and Silver Ownership May 13, 2022

Physical Silver is One Way to Protect Your Nest Egg May 6, 2022

Politicians and Central Banks Have Ruined the Financial System April 22, 2022