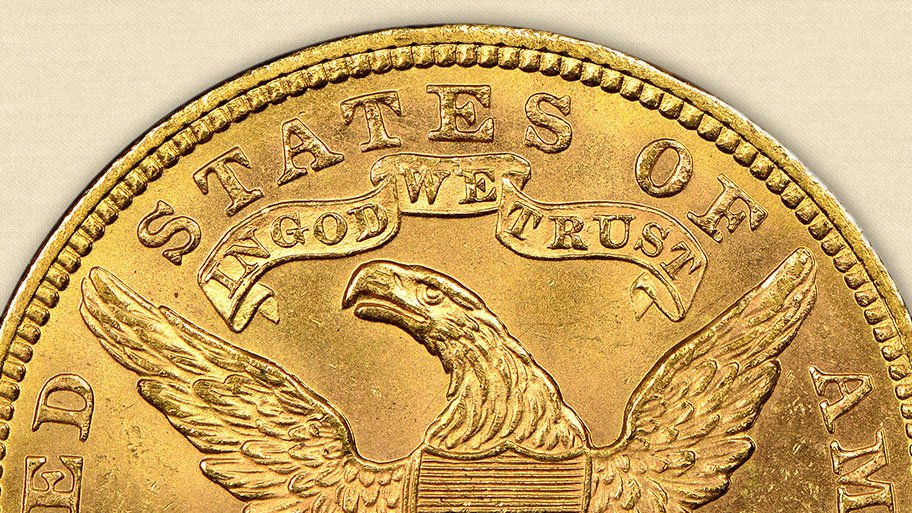 A Great Time to Invest in pre-1933 Gold Coins

Long before the US Mint began offering gold and silver bullion coins, they issued, as part of their regular distribution, gold coins in 4 denominations. They were the $2.50 Quarter Eagle; the $5 Half Eagle; the $10 Eagle, and the $20 Double Eagle. Actual gold content of these coins ranged between .1209 to .9675 troy ounces of gold alloyed with 10% copper to improve wear and durability.

There’s a window of opportunity now, and who knows how long that window will remain open, to invest in early American pre-1933 gold coins for about the same price you’d pay for a modern-day issue bullion coin. A few years ago, the supply of American gold coins…namely Saint-Gaudens Double Eagles, which were minted between the years 1907 and 1933, coming from European vaults far exceeded the demand.

A little known historical fact about our money was that in 1933, President Franklin D. Roosevelt issued executive order 6102 forbidding the hoarding of gold coin. However, throughout the 30s and thereafter, the US government continued to use the Saint-Gaudens Double Eagle and other gold pieces as currency particularly for business with Europe which preferred the gold coins to paper currency and bank notes. As a result, giant hoards of pre-1933 US coins have been purchased out of European vaults and repatriated to the US where they are favorites among collectors.

Between 2008 and 2011 a huge influx of these coins coming into the US flooded the market. This influx created enormous downward pressure on the price of common date Saint-Gaudens which can now be purchased mostly for its gold weight. However, coin in a Mint State 65 (MS65) condition sold among dealers in 2011 for double its gold weight.

There has never been a better time to find some attractive examples for your collection or as an investment. With virtually no downside risk to the coin’s numismatic value and tremendous upside potential, an investment in pre-1933 US gold coins such as the $20 Saint-Gaudens seems like a no-brainer to the savvy gold investor.

Here are the reasons why pre-1933 US gold coins present a unique buying opportunity. Early American coins are much rarer than any modern issue bullion coin. The mintages are smaller, and they have survived years of melting. All gold coins struck before 1834 had more gold in them than their face value. Today, you can acquire a Saint-Gaudens Double Eagle, which is about an ounce of gold, for about the same amount of money you’d pay for a modern bullion coin such as an American Gold Eagle. The vintage Saint-Gaudens Double Eagle is a numismatic coin that has a value over and above the fluctuating spot price of gold. Typically, those who invest in rare numismatic coins, will purchase a certified rare coin (certified by a third party grading organization like PCGS or NGC), hold it for 5 to 10 years, and sell it for a profit.

Here are some pre-1933 gold coins you might want to consider. The common dates 1900 or 1901 Liberty Head $2.50 gold piece had a mintage 67,000 and 91,100. Another example is the 1914 Indian Head $2.50. The Indian Head design by Bela Pratt is unusual because it has an incuse engraving where the design has been impressed below the surface of the coin as opposed to the usual relief — where the design is raised above the coin surface. The $2.50 Indian Head has a slightly larger size relative to the $5.00 gold piece. The 1911-D issue is a great buy. It features the second lowest mintage (the 1909-O has the lowest) of any Indian Head Half Eagle.

One of the more interesting gold coins to consider as a great investment is the 1908 “No Motto” (IN GOD WE TRUST is missing) Indian Head $10. The art deco style Indian Head obverse was designed by Augustus Saint-Gaudens. The 1908 No Motto has the third lowest mintage of the series at 33,500 and is available through your dedicated rep at Midas Gold Group. The popularity of this unusual series of Eagle coins will only increase.

Midas Gold Group has always believed that the average precious metals investor should keep their gold investments simple and most investors should avoid high-margin collectibles. However, with the current low price of these coins, the value is hard to overlook.