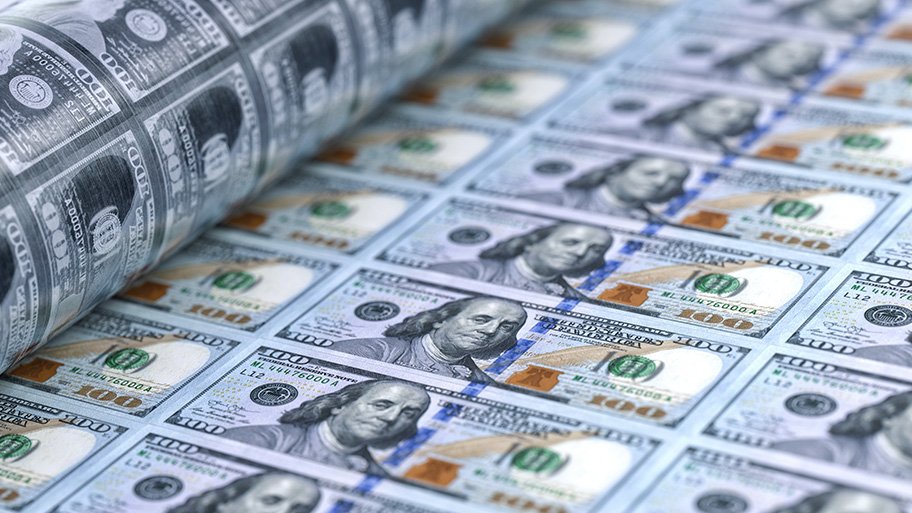 The Inevitable Demise of the Paper Dollar

Since the consumer price index was first used in 1919 as a key measure of inflation, it has been modified at least 18 times. Many argue that the goods measured are not representative of the true increase in living costs. Recently President Joe Biden announced that inflation dropped to zero percent despite double-digit annual increases in the price of food, housing, gas, and other non-discretionary spending items.

Why don’t we ever hear the truth about inflation or our paper dollar? Maybe it’s because if people understood what is going on with our paper financial system they would run for the hills. The financial system definitely can’t handle that. Would governments and central banks lie to skew asset prices? Would price indicators be given a false narrative in the media to avoid the fear of our money? All we hear is that inflation is transitory and it will be back to the good ole times very soon. The fear of missing out is the fuel to this market. The fear of missing out also means many will be left holding the bag.

The term bank run refers to a circumstance in which banks run out of funds due to depositors withdrawing all of their money for fear of losing it. When numerous customers withdraw the same amount simultaneously, banks, which store only a fraction of the total deposited amount on the premises, begin to lose their accessible physical money.

If you have your money in the bank, and the bank loans it out times nine, you could be left with nothing when most of those loans go bad. The Wall Street machine and the media will always convey every day that this is never possible here in the greatest country in the world. Well, folks, a bail-in can definitely happen someday. Our money is used to pay for their debts and mistakes. Can we please hear the truth of what is going on with our paper dollars’ purchasing power and the causes of this inflation?

The money supply has increased by more than ten times since 2008. Simply by the click of a mouse out of thin air. A dollar since 1913 is now worth 5 cents. This is a serious dollar devaluation. Fiat money can just be created and printed. The paper dollar is just a note of broken faith and trust. It’s not a genuine store of value. The US dollar has lost 95% of its value versus gold since 1971. Why doesn’t anyone talk about this when it comes to inflation and the paper dollar?

Fiscal spending by the White House since Reagan is embarrassing and now it’s accelerating. It doesn’t matter if it’s Reagan, Bush, Clinton, George W. Bush, Obama, Trump, or Biden. The US deficit in 1981 was about $800 billion, now it’s over $30 trillion. We have had trillions more spent in the last year and new spending passed this week. Why isn’t the truth about reckless government deficits and spending by the government ever mentioned when it comes to inflation and the lost purchasing power of our paper dollar?

Central banks have overstepped their boundaries

Central banks have become hedge funds. Markets react daily to reports and central bank policy. Central banks have gone way beyond their charters. There have been trillions of paper dollars created out of thin air with no connection to a real asset. Where are the real services or real goods exchanged for all of this monopoly money? Central banks have increased their balance sheets from $8 trillion to $36 trillion in the last 15 years. When it comes to the causes of inflation and our paper dollar losing value why don’t we ever hear about the role central banks have directly had in that?

Interest rates were zero or negative for a long time

Sanctions on the rest of the world have led to inflation. Ukraine and Russia can’t export fuel and fertilizer. Higher commodity prices were of course going to happen. Social unrest in Sri Lanka and collapse in Argentina are happening again. The Don’t Pay UK campaign is underway in Britain. All of this will only make currencies worse and commodity prices higher. Why don’t we ever hear the truth about how the decisions in Washington DC have caused this inflation?

Our government is led by a bunch of puppets

Washington is led by a bunch of power-hungry puppets who have no choice but to keep the money train going. The system is addicted to debt. The damage is already done. The solution is to have the media endorse false narratives and to have all of the connected Wall Street players continuously pump the idea of staying the course to fulfill your dreams of wealth through paper assets. The same thing happened in 2006 while Wall Street held up the mortgage bond market for two years to allow their buddies to get out before the bottom dropped out. You can’t fix a debt problem with more debt. Why isn’t this ever talked about?

COVID was a convenient reason to print more paper dollars

The war on COVID was just another reason to open the money spigots. The US alone threw $7 trillion to combat this flu through combined fiscal and monetary policy. Global central banks accounted for tens of trillions of paper dollars. Not to mention lockdowns have stripped our inalienable rights and civil liberties as Americans. The small guy and small businesses were forced to rely on the government. Power and control and good versus evil are always the case. COVID was a convenient reason to bail out the bond markets and repo markets. I sure would love to see an honest press conference at the White House on how this bailout during COVID was directly responsible for making the ongoing mess even worse. But no, we keep hearing how great a job they are doing. A great job devaluing our money that’s what they are doing.

Stop believing the lies. The CPI numbers are lies. The employment numbers are lies. Speeches given by our highest government officials are lies. We just heard there is zero inflation now according to the White House. We also heard the Inflation Reduction Act is not inflationary. The desperation to keep this system going before it implodes is embarrassing. Don’t be fooled. Unfortunately, the smartest people don’t run our country. They are involved in the same shenanigans that will be this country’s demise. They are all trying to get rich too by taking advantage of our debt-ridden system. Move paper assets into physical gold and silver today. And remember there is only one way to do this. Gold and silver you hold is gold and silver that you own. Precious metals have to go up over time because fiat currencies will inevitably go down. The system and our great leaders will make sure of that and that is the truth.