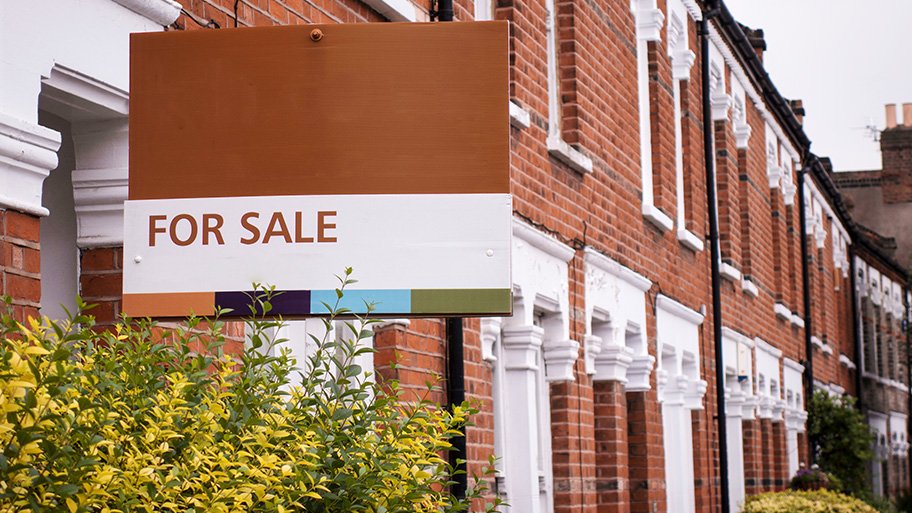 As traders of precious metals, we have encouraged clients to increase rather than decrease positions in physical precious metals in 2019. After eight years of economic expansion and stock market growth based on artificially low interest rates, the risk in the stock market is arguably at an all-time high. 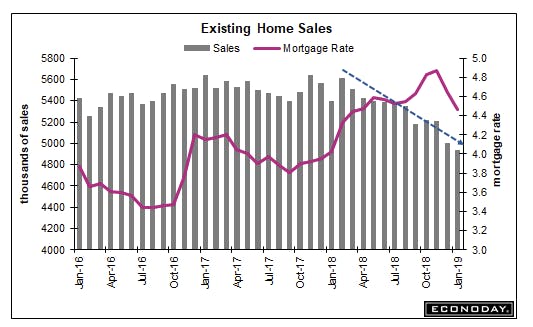 One of the key economic indicators we have watched recently is existing home sales. Based on the January report just released on February 21, 2019, by the National Association of Realtors (NAR), existing home sales dropped 1.2 percent to a seasonally adjusted rate of 4.94 million units. This follows a December drop that was equally alarming. Not only is this well below analysts’ estimates of 5.0 million units, but it is also the lowest level since November 2015.
This trend was particularly disturbing to the NAR because it was accompanied by a drop in mortgage rates, that should have actually helped sales.
The biggest disappointment of the 2018 economy was the nation’s housing sector and the first definitive indication on 2019 is not favorable. Stated a summary report released by Econoday Investor’s Journal.

Federal Reserve Is Now on Hold

The Federal Reserve also released the minutes from its last meeting. It appears from the minutes that the Fed has at least temporarily given up its hope of shrinking its balance sheet through rising interest rates. It appears that the Fed will not raise interest rates any further in 2019 and may even lower rates to prop up real estate and stocks.
You can expect the Fed to continue to grow its balance sheet with US treasuries in a continued effort to keep rates artificially low by essentially printing money to buy US debt.
The Fed interest rate decision is good news for realtors and stockholders but bad news for the dollar as the Fed appears to be digging itself a deeper hole on its balance sheet with no reasonable prospects of digging itself out. If the lower interest rates are unable to keep real estate price up, the Fed could be in serious trouble.

Despite good news from the Fed and optimism of a trade deal with China, stocks fell on Thursday over weaker than expected economic data. Fresh data suggests that Japan, Europe, and the US suggest that global growth is slowing.
December’s retail sales report showed an unexpected 1.2% drop in spending when consumers should have been shopping for holiday gifts. JP Morgan Chase slashed its first-quarter growth forecast to 1.5%. The Philadelphia Manufacturing Survey fell to negative 4.1, the biggest drop since 2011.
An expanding Fed Balance Sheet, a slumping real estate market, and a weak economic outlook is not a good combination for a long-term stable economy. This combination makes us only more confident in our recommendation to hold a significant portion of investable assets in private tangible assets such as gold and silver.