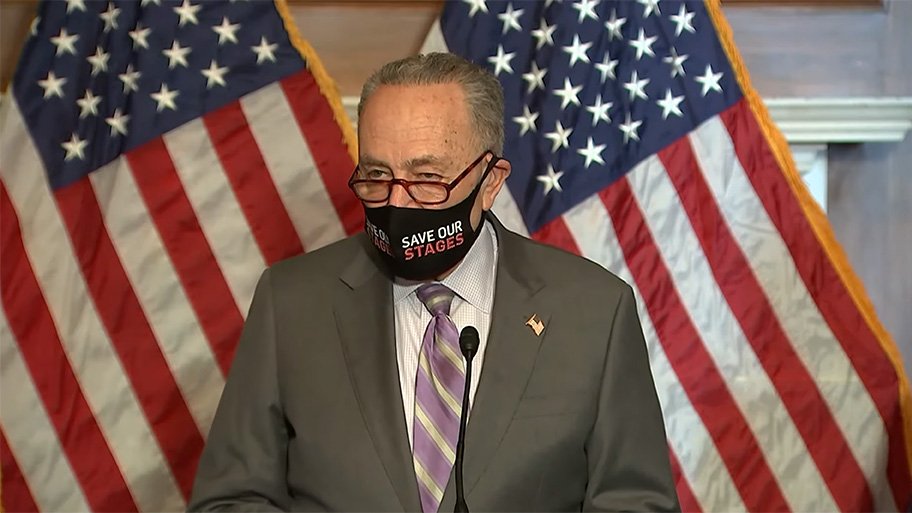 2020 was an abysmal year for those of us who believe in limited government and fiscal responsibility. Over the weekend, the US Senate set us on a path towards an even worse 2021 from a fiscal responsibility perspective. Clearly, the US and the world have turned a corner on the fight against COVID19. Both cases and deaths are plummeting with vaccines and natural immunity taking hold. Many states are reopening for business with some states lifting all restrictions entirely.

This didn’t stop the US senate, along strictly party lines, from using the idea of a “Health Crisis” to pass one of the largest deficit spending bills in the US and even world history. Much if not a majority of the spending in the bill has nothing to do with “COVID Relief” and everything to do with advancing liberal spending causes. It has no regard for the future stability of the US dollar. Just a few of the spending line items include:

The Senate bill heads back to the house where it is expected to pass and be signed into law by President Biden. Repercussions of this type of spending are destined to have a profound impact on our lives and our finances for years to come.

Our elected officials on both sides of the aisle have, with a few exceptions, essentially ceased the arguments in favor of balancing the budget and reducing the national debt. The US Debt Clock shows soaring US debt now over $28 trillion. This just seems like an arbitrary number and not a looming catastrophic ready to implode the financial system and debt-based economy as we know it. There is nearly $85,000 in national debt per citizen and debt stands at a historically high 129.75% of GDP. When the topic of debt is brought up in public debate, you generally hear someone saying, “this debt needs to be paid by future generations”. That’s not the way it works.

We pay for the national debt every day with inflation: which is appropriately called “The cruelest tax”. Today’s debt of $28 trillion is only 129.75% percent of today’s GDP because of the inflation and devaluation of the dollar. A $29 trillion debt would have been over 1,000% of GDP in 1971. Again, GDP has not increased over 800%, rather the dollar has lost nearly 600% of its value in those 50 years.

The Democratic Party, which passed the spending bill without a single Republican vote, claims to care about the lower and middle class, senior citizens, and minority groups. However, with the passage of this spending bill, they don’t seem to care that inflation disproportionately harms these groups. These are the groups most likely to be on fixed incomes, spend the largest percentage of their budget on necessities like rent, food, and gas, and tend to put a larger portion of their savings in cash.

We are all going to be paying the cost of this spending bill when we go to the grocery store, when we fill up our tank as we see the purchasing power of our saved dollars buying less and less. Those who own gold and silver will also see the effects as the dollar-denominated value of their gold increase, hopefully offsetting some of the losses in their real dollar purchasing power.

Gold and Silver Price Charts are not Telling the Whole Story

Gold and silver prices are substantially off their 2020 highs. But this hardly tells the story of investor sentiment.

Many Fortune 500 companies have seen record stock prices and some even record profits over the past 12 months. Drastic government spending has found its way to the capital markets. Further, larger companies are the long-term beneficiaries of the destruction and hundreds of thousands of small businesses in the wave of COVID lockdowns. In the restaurant industry, for example, expect the wealthy corporate chains that can survive without indoor dining to benefit from more than 30% of restaurants nationwide closing forever.

Some institutional investors on major exchanges have abandoned holding gold futures contracts in favor of short-term holds on Fortune 500 stock. This has led to lower gold prices on the spot market. However, this is not the whole story. Only a tiny fraction of global buying of gold every day involved purchasing actual physical gold. This section of the market has been soaring as investors and even institutions seek private wealth and look for places outside of US dollars to hold wealth. The short-term institutional investors may be favoring stocks at the moment, but long-term savers are flocking to physical gold holdings.

The spot prices are not telling the true story of the demand for diversification away from US dollars. Government is the only entity that can take a valuable commodity like the dollar and render it worthless by printing it at an exponential rate. Our government seems either consciously or unconsciously intent on doing exactly that.

The price of gold has gone from $47 per ounce in 1971 to over $1,700 in 2021 as the government has devalued the currency. The rate of money expansion is now increasing exponentially. Expect the price of gold in the future to increase at a similar rate.