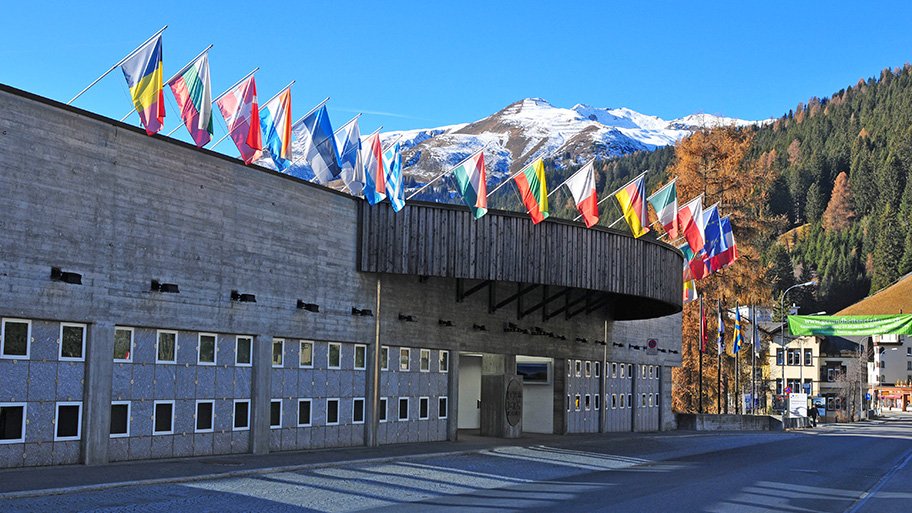 The Great Reset Will Change Money as We Know It Today

The World Economic Forum (WEF) is a private corporation. The WEF is not granted any powers by humanity. The WEF suggests that a globalized world is best managed by a self-selected alliance of multinational corporations, governments, and civil society organizations. The WEF is funded through the backing of the central bank-funded “superiors” or “elites”. The WEF is mostly known for its annual meeting at the end of January in Davos, a mountain resort in Switzerland. The meeting consists of some 3,000 paying members and selected participants. Global issues are discussed by investors, business leaders, political leaders, economists, bankers, celebrities, and journalists. The WEF’s main initiatives today are Global Redesign and The Great Reset. This reset has many facets politically, socially, and financially.

Fascism is defined as a blending of private corporations, and governments into one function. The WEF is based on Prussian political philosophy. A nation must be ruled by an autocratic elite, and nothing but a submissive, compliant citizenry is acceptable. The founder of the WEF is Klaus Schwab. The perfect scenario under this Great Reset will land all of us in political, social, and financial prison. According to Clif High, we the people or prisoners in this WEF system

“will own nothing, eat bugs, and be happy.”

The World Economic Forum and the Great Reset will destroy our money and investments that are connected to the criminal fiat banking systems and rigged financial markets. Our money and financial system as we know it today will look totally different.

Central Banks or the Treasury will control our personal accounts

Although this seems like an outrageous idea, this is from the horse’s mouth. It is the Federal Reserve System report available for free if you would like to give us a call and request it. We all know that our government wants to track our financial transactions greater than $600 from the banking system now. With central bank digital currency or central government digital currency, all of our transactions are easily tracked. When our financial system is “reset” in this manner, not only will our accounts be controlled by other entities, our financial privacy and financial freedom are completely gone.

Geo tracking, also known as geographical tracking is the process of determining someone’s or something’s physical location at a specific point in time. Geo tracking was explained in detail in the new documentary 2000 Mules by Dinesh D’Souza and how the 2020 Presidential Election process has many questions to be answered. Our cell phone is literally a tracking device. The ability to use a tracking device and the ability to monitor our spending habits is shocking. A financial system under this reset can literally control how and where we spend our money. Our debit card can be shut down outside of a certain mile radius. The privacy of our investments and our money in this system is zero.

When I connect the dots, I can see that they’re looking to crash our current economic system, so that the new system we go into provides tracking on everything you do. Every place you go. The powers that be want total control. The WEF and the Great Reset idea is an inflection point in our history. Our money is operating their new financial system under their rules and their arrangements. Sounds like a nice setup for them. It sounds like an awful situation for us, monetarily speaking that is. It would be a great idea to get some of your money out of their system while you still can. It would be a great idea to do this before the Great Reset revalues our money and investments even more than it has already this year. The new financial system will look unrecognizable. What’s going to happen to our paper investments when the new system revalues everything? How much more money will need to be printed to fund these outrageous agendas?

Free speech is attacked and accounts are shut down

Justin Trudeau is the Prime Minister of Canada. Prime Minister Trudeau and half of Trudeau’s cabinet are members of the WEF. According to an article by Cosmin Dzsurdsza, the Trudeau government provided the World Economic Forum (WEF) with $2,915,095 between 2020 and 2021, as well as giving the United Nations a whopping $1.576 billion all in Canadian taxpayer dollars. Thank you, Professor Schwab, for your warm welcome and for bringing this impressive group together, Trudeau said during a speech to the Forum in 2016, only two months after becoming Canada’s Prime Minister. Today, we are gathered here to contemplate whether we are in the stages of the Fourth Industrial Revolution about to begin. What a breathtaking possibility that is. These are the people who are making the decisions to control our money? Many political leaders are members of the WEF. Is the WEF in some way being funded with our tax dollars too?

We all know about the Canadian trucker protest. Yes, the vaccine mandate is part of the Great Reset agenda for social control. What happened when a certain group of people expressed their personal views and were willing to protest and fight for their freedoms and choices? Their bank accounts and ability to financially survive were shut down. Assets were frozen. These folks were ostracized and taken out back to the woodshed. Are the prime minister’s actions based on WEF beliefs?

What did the US government do to Russia when they attacked Ukraine? Personal assets and banking privileges in US dollars were confiscated and revoked. Russia was no longer able to use the SWIFT banking system. Private investments of oligarchs and assets were frozen and destroyed pretty much immediately. That’s a pretty scary scenario for those invested in paper dollars. Russia in response pegged its currency to gold and other commodities. This is all bad news for the US dollar as the world’s reserve currency. A global reset promotes one world currency with one-world control. The demise of America is important for the WEF ideology to prosper.

Does the World Economic Forum affect our finances? Well, let’s look at some of the members of the Board of Trustees.

Folks, it’s our money in their financial system. If they achieve their Great Reset we will be left with nothing financially. There is much more about this reset than just money. In this article, we talk about our financial and banking system and how it works against us. How we are debt slaves to our government and our central bankers. At Midas Gold Group we dedicate every day to trying to preserve wealth through the ownership of physical precious metals like gold, silver, and platinum. Our plea is to do this while you still can! The idea of a one-world government and one-world currency is not that far away if the WEF has its way and its influence continues to be taken seriously by our world political, banking, and corporate leaders.