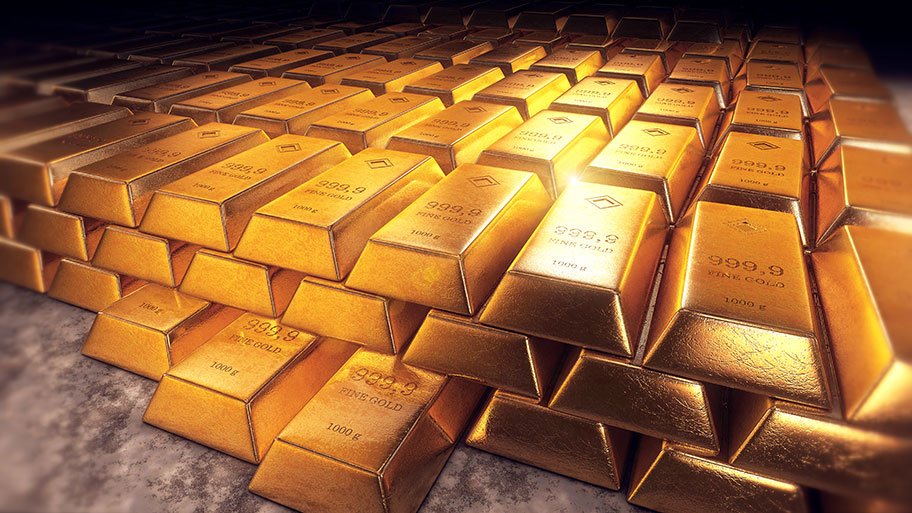 Markets are starting to shake. The summer is over and a Presidential election is around the corner. No one is exactly sure when the pandemic situation will go away. The economy is limping and could take a serious step back from a possible recovery. In such an environment of uncertainty, precious metals should be a place of safety. Gold and silver pulled back significantly over the past week and to some, this seems perplexing. Let’s examine the facts and how the market is pricing precious metals. This is the same gold that hit an all-time high in August as the famed investor Warren Buffet bailed on banking stocks in favor of gold.

The markets are waiting for more stimulus

In March, President Donald Trump signed the CARES Act, a $2.2 trillion relief bill that included stimulus checks sent to most Americans. It also swelled the federal budget deficit to over $3 trillion. The federal budget deficit is over three times what it has been in recent previous years. The Fed, as stated many times before, started providing liquidity to the repo markets in September 2019. There were already liquidity problems before the great virus. Talk recently is that a $2.4–$3 trillion relief package is on the way and likely. The issue is with the election in November, social unrest, and now a Supreme Court judge appointment looming, the delayed stimulus package may now be another election ploy to encourage a White House change in November. Whatever the nonsense, the system is still insolvent, printing money won’t fix this problem, and yes it’s all that can be done. More money will obviously be printed out of thin air. Much more money will be created globally out of thin air. Helicopter money is everywhere until it all comes down. The smart money will accumulate gold and silver on this pullback.

Markets shake the weak hands out before skyrocketing

Since March gold has been as low at $1,400 and as high as $2,050. All big moves are eventually met with long periods of rest or big pullbacks. Let me repeat that, no markets go up or down in a straight line. Our research says gold will be valued significantly higher five years from now. Five years not five days. These pullbacks are a slingshot. The slingshot provides the power to go higher. When the rubber band is stretched too far, it breaks or snaps backs. The trend in gold is much higher. Gold more than likely will bottom somewhere between $1,750 and $1,850. Silver will more than likely bottom somewhere between $19 and $21. The long term fundamentals of a broken financial system are intact. No amount of money printing and stimulus or forbearance can fix this situation. It’s just a matter of time before the financial situation implodes. Gold and silver will be financial insurance for the next decade. The smart money will accumulate gold and silver on this pullback.

The US dollar is temporarily bouncing up after months of falling

Shares of European banks fell sharply on Monday, after the release by BuzzFeed and the International Consortium of Investigative Journalists of thousands of documents seemingly showing that some $2,000 billion worth of illicit funds were moved and laundered through the US financial system over two decades. A corrupt banking system, wow this is shocking. Come on folks since 1971 the fiat currency experiment has been building to fail. Paper currencies backed by nothing except debt. Governments are allowed to print money out of thin air. Banks create loans with a fractional banking system and a ledger of digits. Debt has expanded exponentially over the last few decades. The financial crisis of 2008 was never fixed, the can was just kicked down the road with hundreds of trillions printed globally. It’s a broken system based on unlimited debt expansion. It’s a system that will have no choice but to continue to debase our dollar. The US dollar could collapse by the end of 2021 and the economy can expect a more than 50% chance of a double-dip recession, the economist Stephen Roach told CNBC on Wednesday. Since 1971, all paper currencies buy less in the future. The smart money will accumulate gold and silver on this pullback.

Quoting the insightful Egon von Greyerz over the years,

“The value of paper money has been decimated in the last 100 years since the creation of the Fed in 1913. In a final attempt to save the world governments will print unlimited amounts of money. The problem with money printing is not just that it destroys the value of paper money, as creating money out of thin air also creates an uneven playing field. We are now not far from the point when the bubbles in stocks, credit, and property will collapse. This will lead to a final futile attempt by governments to save the world by printing unlimited amounts of money. Once money is printed on a larger scale, the currency will be debased, becoming worthless with hyperinflation to follow. The Great Financial Crisis in 2006–9 was temporarily patched up with trillions of money printing but it was never solved. This was only a rehearsal and now the world is facing the inevitable collapse of the financial system.”

The writing is on the wall. The financial facts are undeniable. The next decade will be about wealth preservation. Physical gold and silver is an easy way to protect yourself from the inevitable. To fix this hornet’s nest of global debt by printing infinite money is insanity. Call Midas Gold Group today to make your nest egg bulletproof. The nation’s #1 veteran-owned gold dealer will work hard for you to come up with a unique plan to sidestep the upcoming collapse. Just because the ship is going down it doesn’t mean you have to go down with it. Call Midas Gold Group today at 805-601-6000 or 480-360-3000 and schedule a no-obligation consultation to protect your nest egg. Gold and silver have always been a safety net. Get some of your money out of the banking system and financial markets while you can. Gold is presently $1,863 per ounce. The Dow Jones Industrial average is 27,174. The Dow-to-gold ratio is 14.58. In 1915 the ratio was 2.86, in 1932 it was 2.06, 2.09 in 1933, 1.30 in 1980, and the ratio was 6.74 in 2011. Is it so crazy to think we aren’t headed toward a lower ratio? Call Midas Gold Group today at 805-601-6000 or 480-360-3000 and get your metals while you can.