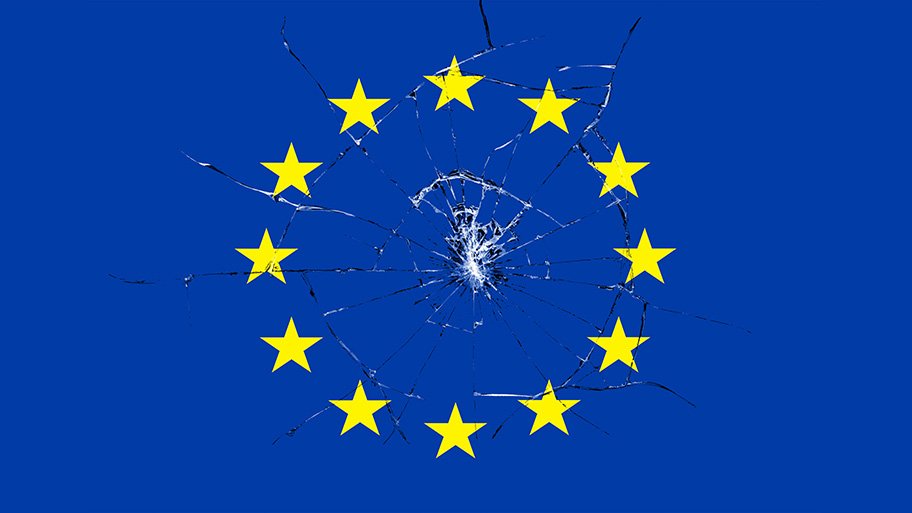 European investors are fleeing Euro banks and flocking to gold, which is at an all-time high in Euro and British Pound.

When we posted out the gold outlook for 2019 on January 4 of this year we said, we are more bullish on gold in 2019 than we have been for some time as both an insurance policy and a sound investment, and also pointed to the Gold/Euro price as an important leading indicator for dollar gold price. How long until gold reaches an all-time high in US dollars? It may not be that long.

You have seen this before and know when this happens there is little room left before a banking collapse or a takeover by the government. We know that global banking disasters spread rapidly and will spread into the USA. This happened during the crisis a decade ago.

While this train wreck has been building up over the past few years, gold has traded sideways and has just recently just gained momentum now trading near a six-year high around $1,540 per ounce.

Why is this happening?

Many bad loans and the European Central Bank (ECB) negative interest policy. This policy is turning out to be very risky for overseas commercial banks and the ECB may just keep lowering rates well into the future.

What if the overseas banks decide to pass the cost of the negative rates to their customers by charging customers for keeping their savings in the banks?

The customers of many banks might withdraw their savings. This could create a run on the banks in Europe and maybe around the world.

Capital flight can also occur because of other reasons like war or because of a stall in the economy.

Owning gold and other precious metals like silver would protect you from events like capital flight. No matter what the reason is.

Have banking failures ever happened before?

Yes, over history banking failures are common. When banks fail no good comes of it and keeping money in the bank puts you at risk of the bank tying up your cash or even worse the government taking the money. The last time it happened here at home in the USA the banks survived but the banks took your homes. You remember that money and wealth was destroyed. When this sort of thing occurs gold and other precious metals offer investors one simple thing other investments do not, you can own the metal and even hold it in your hand.

Why does all this matter to me? Wall Street experts say this would never happen here at home again.

If capital flight occurs in the USA it would not look pretty, it may start slowly like the stock market stalling or the changes can be abrupt.

Last week Bank of England (BOE) Governor Mark Carney made some interesting and alarming comments about the US dollar’s role in the world economy.

Maybe it is time to get ready for a storm, buy precious metals like gold and silver and diversify your assets to protect your wealth and your family.

Carney made a point of saying the US dollar’s role as the reserve currency is causing distortions and perhaps the whole global financial system is now at risk of a large liquidity trap resulting in weak growth and zero interest rates for a long time.

Carney warned that low equilibrium interest rates in the past coincided with wars, financial crises and fast-paced changes in the banking system.

Carney went on to use the word “destabilizing” when describing the role of the US dollar in the world economy and said central banks might need to join to create their own replacement reserve currency. Carney said some emerging economies increased their share of global activity to 60% from about 45% before the great financial crisis. Still, the US dollar is used for at least half of the international trade invoices. About five times more than the United States’ share of world goods imports. He says this is creating demand for US assets and exposing many countries to damage from upswings and downswings in the US economy. He went on to say,

“Even a passing acquaintance with monetary history suggests that this center won’t hold”.

Why you should worry if the current system does not ‘hold’.

Capital flight may occur in the USA, where a bunch of money leaves the country and causes more distortions. Stocks could plunge or become less in favor; banks might also collapse. We had wars and the stock market had problems for a decade that finally ended with a banking collapse in 2008 after the bubble burst in 2000.

Gold prices rose from a low just under $300 per ounce to about $1,200 during that time period.

What you can do?

Buy gold and other physical precious metals and be diversified to protect your wealth and your family. Preferably do so before gold hits a new all-time dollar high. You may also want to consider diversifying some of your assets into physical gold or other precious metals in your individual retirement account (IRA).

When economic change happens, it can happen very quickly and can impact your life in many ways, it is better to be safe and sleep at night than lose sleep and wealth.