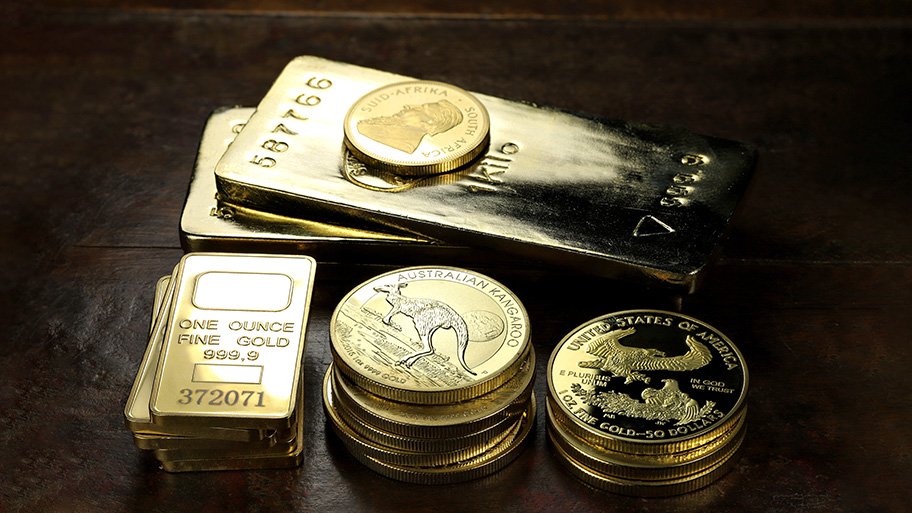 From a perspective of prices, gold is coming off of a rather boring 2021, with a downward movement in price despite demand for the physical commodity (not the paper contract primarily driving the price) seeing a dramatic surge in demand.

Inflation recently hit its highest level in 40 years and we are told to expect inflation throughout the year. Any pullbacks to the gold price in 2022 could be driven by the Fed raising interest rates to combat inflation. If you look at gold predictions from the major investments banks, there is a wide range of predictions. JP Morgan sees gold backing down to $1,675 before a rapid recovery. FX Empire calls on gold to hit $2,280.

While we can debate the scenario about how gold prices may move in 2022, it’s perhaps more important to see how the price of gold could surge much higher than the risk of not owning gold when that happens. The premise is fairly simple. The US Government and the Fed have debased the US dollar dramatically over the past few years. All of the global central banks are doing the same. The US Government added 30% to the money supply last year out of thin air. More rounds of stimulus are on the way and more government spending is inevitable.

A financial reset is fast approaching. The governments of the world will attempt a one-world government with a one-world digital currency. Our financial freedom and privacy are on their last leg. As the economy, the currency, the financial system, and the world governments collapse, citizens will rely more on the government for everything. These governments are already burdened with an unfixable debt situation of their own doing. Central bankers are addicted to money printing and debt. It’s the only bullet left in their gun besides control. As we see their control aspect plan falling apart as more see the real truth behind these sinister jokers, the only thing left for them to do is to bankrupt the system. The new reset will not benefit the American citizen financially. If you aren’t careful, many will lose it all when it comes to paper assets and dwindling purchasing power. Physical gold has a long track record of holding that purchasing power during financial chaos. Financial chaos is fast approaching as government officials and central bankers are busy speculating in the stock market and adding to the real financial problems. The mother of all asset bubbles is ready to pop at any time.

The gold price was up 19% in 2019 and 25% in 2020. Gold saw a pause this year as it was down 3.6%. This pause will provide the energy for a new uptrend eventually. Based on the economic conditions that persist and the relentless continuing debt by world governments, gold is poised to have a big 2022.

The price of gold has gone up more than 5,300% since 1971 when the US dollar was completely taken off the Gold Standard. The US dollar has lost 97% of its purchasing power since then. If we consider all of the money that has been created out of thin air, debt, and asset bubbles, the price of gold is an inexpensive today than it was in 1971 at $35 per ounce. The technical setup for gold is very similar to 2005. We saw a breakout to new highs in August of 2020, and now a triangle consolidation. Once this consolidation ends, technical traders and institutions will jump on board playing the momentum.

Central bankers have done a wonderful job convincing the investing public that all is well and speculation is the way to go. Speculation may be appropriate for a portion of your assets if you know what you are doing but not 100% speculation. Speculation can make you a fortune, but it can also bankrupt. It’s not a coincidence that central bankers are printing paper notes into the ground and behind the scenes are accumulating gold. Egon von Greyerz the head of Matterhorn Asset Management says that if the price of gold reflected money devaluation and debasement it could be $30,000 or $40,000 per ounce, maybe $100,000. Jim Sinclair of JSMineset agrees and believes when gold reflects government debt it should be over $50,000 per ounce. Jim has written over 11,000 articles since 2008 on gold. So you see based on many currency and debt factors, gold is still undervalued and poised to do very well in 2022 and beyond.

Norm Franz, Money & Wealth in the New Millennium: A Prophetic Guide to the New World Economic Order is quoted as saying

Slavery is an interesting word for many reasons. By definition, slavery is the condition in which one person is owned as property by another and is under the owner’s control, especially in involuntary servitude. As the financial system and economy are being decimated by big government, could financial slavery be the goal of these elitists? Elitist by definition is a person or class of persons considered superior by others or by themselves, as in intellect, talent, power, wealth, or position in society.

During the COVID-19 pandemic, billionaires’ fortunes reached a total of $10.2 trillion; the highest amount of money ever owned by the world’s wealthiest. Meanwhile, millions of the world’s most vulnerable are being pushed into extreme poverty. The middle class with inflation is having a very hard time surviving. Global debt stands at $300 trillion, up from $80 trillion only twenty years ago. Did you know, that just 0.1% of all people own around 80% of all financial wealth? Total debt and derivatives could be close to $2 quadrillion. Derivatives are financial contracts, set between two or more parties that derive their value from an underlying asset, group of assets, or benchmark. How many of these derivatives are a ticking time bomb that no one understands? When debt is defaulted on, the assets that back that debt are brought down to pennies on the dollar.

The US debt is not the $29 trillion they disclose. Who knows how many secret sets of books there are? Many have said that unfunded liabilities are over $200 trillion. An unfunded liability describes any liability, debt, mortgage, or obligation that one either does not have savings set aside for it. These unfunded liabilities include social security, Medicare, prescription drug, and national healthcare. Whatever the figure is, it is outrageous and absurd, not to mention financially toxic. The ongoing awful financial condition of the world will continue to produce demand for the gold market. Investors who look to protect their purchasing power turn to physical gold. As the financial system turns more chaotic in 2022 and beyond, the price of gold will reflect this at a much higher price than today. If you didn’t know the United States debt is $222,676.95 per household. How on earth is this fixable without many investors being financially ruined? What giveth is taken away when it comes to this mother of all bubbles.

Take a good look at your paper money in your pocket. It used to say US dollar, now it says Federal Reserve Note right on it. They aren’t even called dollars anymore. Federal Reserve Notes, also United States banknotes, are the currently issued banknotes of the United States. These notes are backed by nothing except the assets of the Federal Reserve Banks, which serve as collateral under Section 16. These assets are generally Treasury securities that have been purchased by the Federal Reserve through its Federal Open Market Committee in a process called debt monetizing. The Reserve Banks are organized as self-financing corporations and empowered by Congress to distribute currency and regulate its value under policies set by the Federal Open Market Committee and the Board of Governors. That’s right, a self-financing corporation. According to federalreserve.gov

Great, I feel real confident that my notes are backed by nothing except the promise of the government to keep their word on US Treasury bonds. This is the same Treasury that has no idea what to do except take out more and more debt and loan it to the government. Sounds like a real shell game with a lot of sleight of hand tricks to me. Deception and trickery are at the core of our fiat currency system. By definition, fiat money is a type of money that is not backed by any commodity such as gold or silver and is typically declared by a decree from the government to be legal tender. This fiat money experiment started in 1971 is imploding before our very eyes. Our government’s answer is we can print as much as we want to infinity! It would be financial suicide to leave all of your assets in paper. As more people are not willing to take this risk, more paper assets will move into the gold market pushing the gold price higher. With the unwinding of these paper assets looking for a new home, gold over the long run will keep your buying power.

As we start a new year in 2022 it’s the same game with different players. A whole new generation is trading stocks, crypto, and buying homes at record high valuations. The decade for these assets was tremendous from 2010 to 2021, but how long will it continue? Greedy by definition is having or showing a strong or excessive desire to acquire money or possess things. This is especially true when wishing to possess more than what one needs or deserves. It doesn’t matter how you acquired your wealth, as long as it was within the law. It could have been because you are a great trader, a great investor, you were lucky, you were timely, you are brilliant, or maybe you inherited it. The smart thing to do now is to lock in a portion of it and move it to something that will be there when you and your family need it. Judging by its track record, it will be worth a lot more than it is today ten years down the road. Physical gold will protect your nest egg as paper assets lose their luster. There won’t even be a Federal Reserve note in ten years or if there is one, it will buy a whole lot less than it buys today. It took 300 Federal Reserve notes in 2000 to buy an ounce of gold, now it takes close to 1,900 notes to buy that same ounce of gold. What a dollar bought in 1955 requires $15 in notes today. Do you get the picture? It would be a great idea to start 2022 and move some of those dwindling paper assets into physical gold. And remember when it comes to gold, if you don’t hold it, you don’t own it.