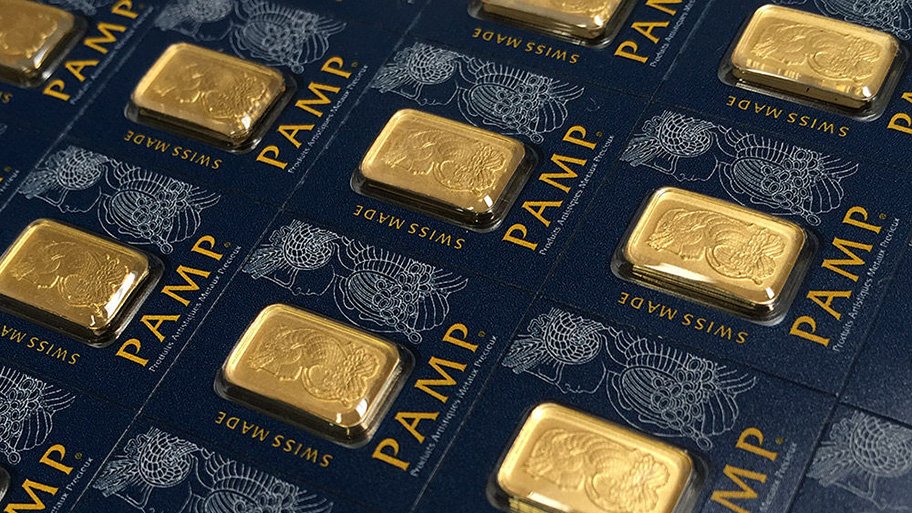 The year is about to end and the price of gold is higher on the year by over 15%. You may want to refer to our 2019 gold outlook What Does 2019 Have in Store for Gold? from the turn of the year in January of 2019. In our conclusion of the gold outlook, we wrote: We are more bullish on gold in 2019 than we have been for some time as both an insurance policy and a sound investment.

What 2020 will bring to the economy and global investment markets is unknown, therefore we must assume the economy and the markets remain somewhat stable in 2020. However, since gold performs best when unpredictable events occur gold remains a sound investment and solid asset for wealth preservation.

Events that occurred in 2019, some unexpected, some not. Currency risk still exists.

The near-fatal collapse of the Argentine peso was a significant event in 2019. After some polls unexpectedly revealed that political tides were tuning in Argentina, the Argentine peso lost 17% in one day during July leaving the country floundering like a fish out of water.

This economic turmoil in Argentina occurred in a very small part of the world, however, risks are always present and 2020 may reveal surprises no one expects.

The value of fiat money depends on supply and demand along with the stability of the issuing government, that part is always a risk and that includes your dollars in your pocket.

Argentina eventually used capital controls to stop the carnage, these actions proved once again that holding gold for wealth preservation is a sound choice.

Currencies rise and fall. It is part of the economic system we have, and these movements happen more often than you think. Owners of gold and other precious metals do well before and after these periods.
The British Pound, once the reserve currency of the world, has fallen nearly 40% since just before the Great Recession. You may have experienced the most recent period of devaluation for the US dollar that started just before the turn of the century. The US dollar lost nearly 35% of its value before recovering and moving higher years later.

The price of gold traded in the $250 to $400 per ounce range at that time and eventually raced higher to $800 per ounce. 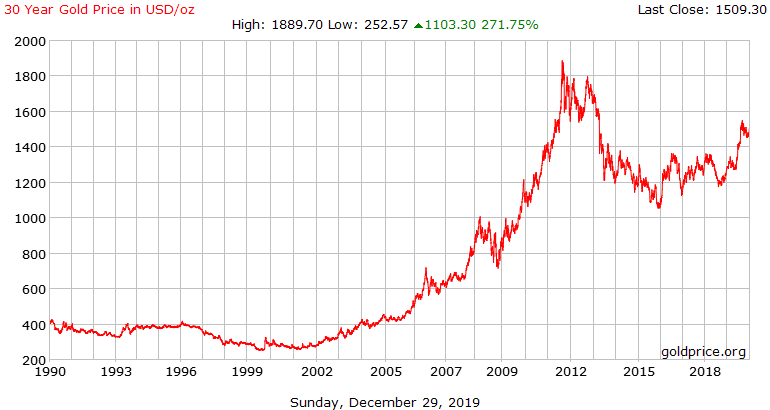 Looking at the gold chart above tells us that gold is doing what it is ‘supposed to do’ during and before these events and is providing wealth preservation for owners of gold. Gold has made all-time highs in many currencies already.

Paying for the privilege of lending money to governments became normal in 2019. A decade ago, experts said zero percent rates were unusual, would not last and this economic scenario would never happen in Europe or the US. European interest rates are below zero and there are record amounts of government bonds yielding less than zero, which means you are paying governments to loan them money. Gold throughout history has proven to be a timeless store of value. Long term events along with the consequences that may be felt in the future provide a good simple reason for you to own physical gold for wealth preservation.

The world is always in flux, changes occur constantly. A fight somewhere is always expected but unexpectedly during 2019 for the first time ever a cruise missile attack hit major crude oil facilities in Saudi Arabia. Since the attack on the oil region in Saudi Arabia the US has promised to increase its armed forces in the area to help protect the facilities. Meanwhile, for the first time ever Russia, China and Iran announced they will participate in a joint naval exercise in the North Indian Ocean.

Expect the Unexpected and Be Prepared

What 2020 will bring to the economy and global investment markets is unknown, therefore you must expect the unexpected. You should be prepared and considering what history tells us you may find it beneficial to own physical gold for wealth preservation, especially if the general assumptions about the economy and the markets change. The experienced representatives at Midas Gold Group are always here to help answer your questions about gold and precious metals and help you add physical precious metals in bars or coins to your investment portfolio or open a Gold IRA. Don’t hesitate to give us a call at 480-360-3000 anytime.