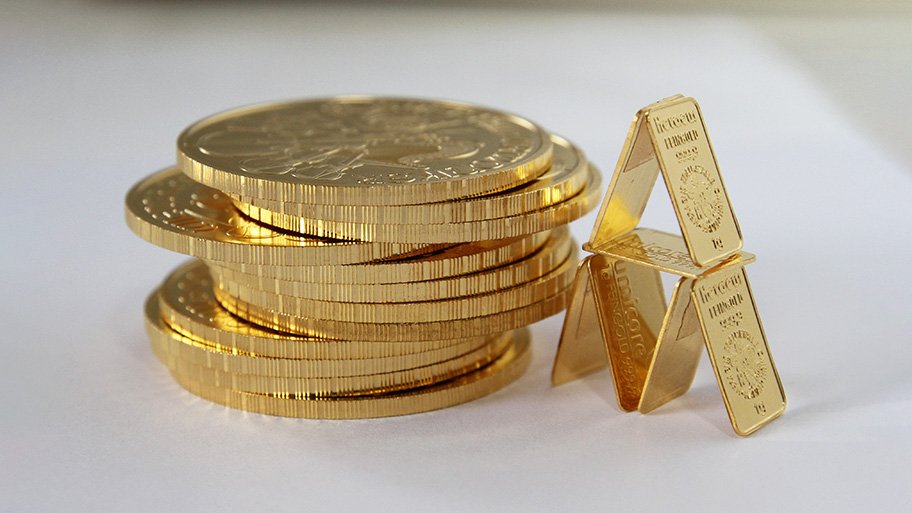 The Fed has been adding liquidity to the markets monthly since September of 2019. Trillions of dollars have been printed to stimulate the economy over the past year. Inflation is higher now than it has been over the last twenty-nine years. Inflation is not going away anytime soon. Democrats pushed a $3.5 trillion framework for bolstering family services, health, and environment programs through the Senate last week. Tens of trillions will be created out of thin air over the next few years. Besides higher taxes on the wealthy and corporations, Democrats envision savings by letting the government negotiate prices for pharmaceuticals it buys, slapping taxes on imported carbon fuels, and strengthening IRS tax collections. American capitalism is under attack. Government control, dependence on the government, and degrowth are front and center. Financial chaos and crisis seem inevitable the way things are going. You would figure that gold would be flying. The price of gold has been lackluster this year and slightly down. Joseph Brown of Heresy Financial made some recent comments about gold in one of his videos. In this week’s article, we look for evidence to see if gold is still an essential asset in a balanced portfolio.

Gold is doing its job, acting as a hedge against stocks

The Standard and Poor’s 500, or simply the S&P 500, is a stock market index that tracks 500 large companies listed on stock exchanges in the United States. It’s a very good barometer of stock performance. The S&P 500 and gold over the last 50 years are both up roughly 4000%. The S&P 500 over the last 20 years is up 260%, while gold is up 560%. Over the last 3 years, the S&P 500 is up 55%, and gold has seen a 48% return. Physical gold is in your possession and outside of the banking system. Physical gold cannot be hacked and is not reliant on the electrical grid. Even though gold has been quiet so far this year, it has done its job versus stocks recently and over the last 20, and 50 years.

Gold is doing its job, outperforming the dollar

The US dollar index is an index (or measure) of the value of the United States dollar relative to a basket of foreign currencies, often referred to as a basket of US trade partners’ currencies. The Index goes up when the US dollar gains “strength” (value) when compared to other currencies. The basket of currencies is not a good indicator of the lost purchasing power of our fiat money. Nevertheless, the dollar index is down 24% over the last 20 years, and down 4% over the past 3 years. Gold again, as we saw before, is up 560% in the last 20 years, and gold is up over 48% in the last 3 years. Fiat money is speculation. Gold is money. Even though gold has been quiet so far this year, it has done its job versus the dollar index recently and over the last 20 years. Gold has significantly outperformed the dollar the last 50 years since the end of the Gold Standard in 1972 by thousands of a percent. The fiat currency experiment started in 1972 is failing and doomed. Physical gold in your safe is alive and well just collecting dust. Gold is just that boring metal just keeping your buying power.

Inflation has been a hot topic over the last few months. We’ve been talking about it for more than two years. In economics, inflation is a general rise in the price level of an economy over a period of time. When the general price level rises, each unit of currency buys fewer goods and services; consequently, inflation reflects a reduction in the purchasing power per unit of money. Money growth in the last 3 years to M2 was 30%. (M2 is a measure of the money supply that includes cash, checking deposits, and non-cash assets that can be easily converted to cash.) As we all know, inflation numbers are skewed and misreported. In the last 3 years, inflation is at the low end of 7.82% according to the Bureau of Labor Statistics. High-end inflation could be 39% according to Shadow Stats. The truth is inflation is probably somewhere in the middle. Gold has still outperformed the highest inflation numbers in the last 3 years. In the last three years, inflation is probably around 20–30%, so the 48% return in the gold price has more than kept our purchasing power. Even though gold has been quiet so far this year, it has done its job versus inflation. Gold keeps our purchasing power, paper money does not.

Gold’s purpose is as a store of value. Gold is a savings vehicle. Gold is money, not speculation or investment. Gold is a savings vehicle that retains your purchasing power. Gold is a store of value that will get you through financial chaos and crisis. Gold has done its job the last 3 years, even if it has been down this year. Fiat dwindles over time. Fiat is speculation. Fiat is not a store of value. The death of gold is wrong. Gold is still a store of value that holds buying power. Gold is still doing its job. Own gold and accumulate while it is down. It is down for no other reason than manipulation by central banks. Eventually gold will go up in price to reflect the debasement of our fiat money. Over time all investors need a portion of their nest egg in a rock-solid asset that will retain purchasing power with the possibility of returning much more. Gold is an asset that collects dust and will be there when you or your family needs it. You can count on gold always doing its job over time. It’s more important now than ever to have that reliability. At Midas Gold Group we believe “if you don’t hold it, you don’t own it.” Joseph Brown of Heresy Financial says gold is not dead, and we would have to agree.