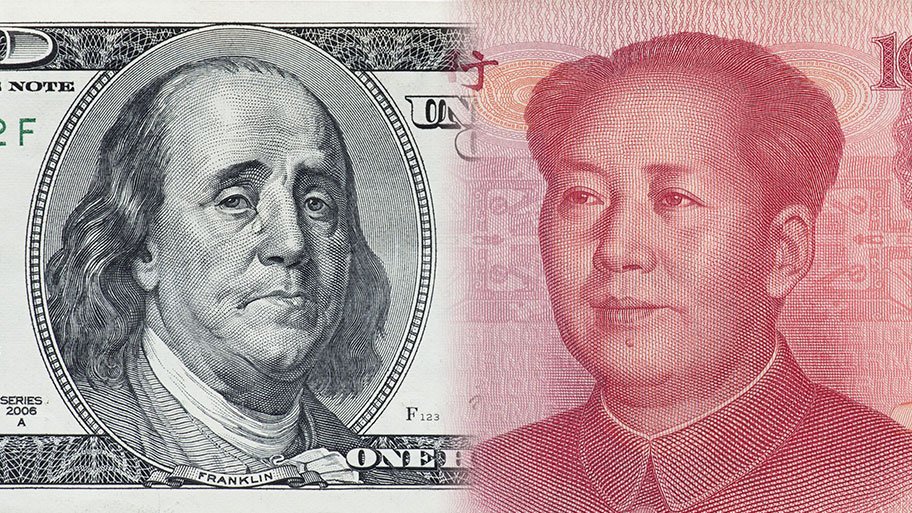 Some say it will boost growth, others say the lower interest rate will have less impact since rates are already low. President Trump said it was not enough.

Why it matters to you

Do you remember slow growth and high-stock prices in the past? Usually, it does not end well and has eventually caused massive losses to investors and retirement savers.

When considering diversification of your portfolio look at precious metals. Gold has done exceeding well over the last 20 years when the bubble burst in stocks. Gold doubled shortly after the dotcom crash in 2000.

History has shown over the last several hundred years that countries and banks get themselves in trouble and usually it is the citizen and investors who lose. The best recent case to own some physical precious metals was in Iceland. Iceland had one of the biggest financial crashes in history during the 2008 mess. The country defaulted on a bunch of debt after its largest banks collapsed. The government collapsed and then in a pure act of thievery took the life savings of about 10 to 15 percent of the population.

Do you think it will never happen here? The last time we had a crisis here in the USA, You the taxpayer bailed out the banks and got very little as a taxpayer. After the bailout, the banks confiscated your neighbor’s homes if they could not pay the mortgage. Iceland let the banks go into default.

What will happen the next time an economic mess occurs here at home?

Diversify some assets into gold or silver and other precious metals and you can physically hold them.

Another example closer to home was back in 1982, the Mexican peso was devalued by nearly 50% against the US dollar. Inflation soared and the economy fell into a recession. During the following five years real wages fell around 30%. Smart investors in Mexico already had the gold and rode out the storm. There was an additional peso devaluation in 1994, bailouts by the US and from other sources occurred. Some countries have already devalued their currencies slowly by 30 % over the last few years. China devalued its currency against the dollar today. The world seems to be getting away from the dollar on purpose.

Do you think anyone is going to ‘save’ countries around the world now if capital flight occurs? Maybe not, maybe some nations will, but the risk of problems is too great to ignore.

Economic and military conflicts are simmering between countries and these may matter to you. Japan and South Korea tit-for-tat dispute worsen.

Japan said it will remove South Korea from its list of top trading partners. Soon Japanese companies must seek government permission to export to South Korea products that could have military uses.
Last October Japanese companies were ordered by the South Korean Supreme Court to pay Koreans who performed forced labor during World War II. The Japanese government said the labor dispute was settled in a 1965 treaty and the trade decision is about national security. Japan has the world’s third-largest economy and a dwindling population. A trade war in East Asia could impact the world economy and threaten technology supply chains because South Korea produces about 70 percent of global memory chips.

Nuclear powers with a history of conflict constantly bickering; Two nuclear-armed nations, India and Pakistan have been at odds for decades. India recently announced that it was sending more troops to one of the most militarized areas of the world. The two nuclear-armed nations have various wars during recent times and the last was 1999. Now people are fleeing the disputed Kashmir region after India ordered tourists and Hindu pilgrims visiting a shrine “to curtail their stay”. The area is a hotbed for skirmishes that could evolve into a full-fledged conflict.

Why conflicts may be important to you

Conflicts cost money, heighten fears and can cause global uncertainty. Diversifying into precious metals like gold, silver, and platinum while tens of trillions of dollars are invested in global debt that yields less now than years ago seems to be a good idea.

Gold prices held steady near a six-year high last week and rose a little as investors pondered President Trump’s announcement of more tariffs on Chinese imports. Tariffs of 10 percent on about $300 billion worth of Chinese goods means just about all products imported from China will subject by some sort of tariff. President Trump says the trade war is just fine by him and is damaging China’s economy.

Should you care about the trade war?

Yes, the trade war may cause uncertainty for some overvalued stocks. The economy and consumers may weather a storm. However overpriced stocks may be impaired because of uncertainty. Uncertainty is always a risk with stocks and once uncertainly starts it can cause investors to move money around.

Consider diversifying your assets. Precious metals such as gold and silver have been used as a store of value for thousands of years and have performed well over the long term. You can store the precious metals or take possession of silver and gold coins and even own bars of precious metals.