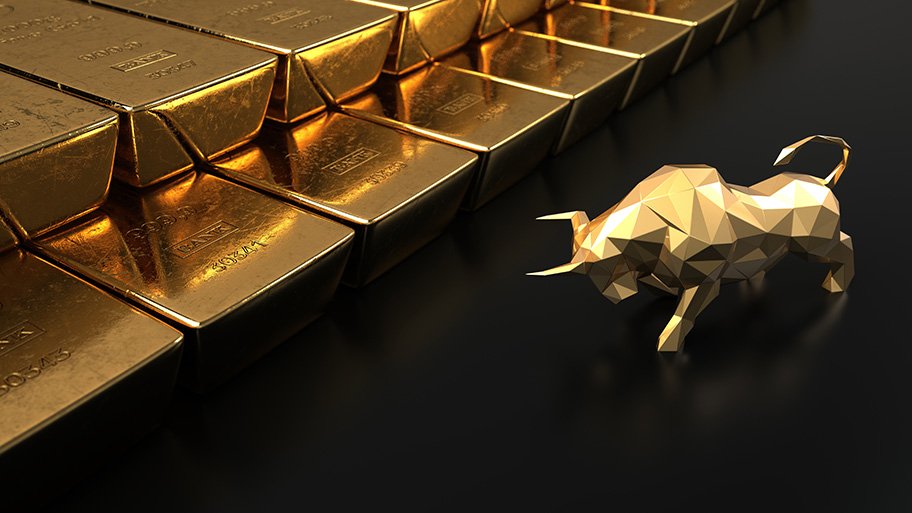 The History of Gold at 3 Critical Financial Times

Gold has always been viewed as an alternative currency or currency of last resort that is both private and free from the manipulation that the paper currencies of the world are subject to from central banks.

The Great Depression was a severe worldwide economic depression. It took place mostly during the 1930s, beginning in the United States. Some of the events leading up to it were the roaring 20’s, stock market performance that was well above par, an overproduction of consumer goods, high debt created, and a period where industrial output was more profitable than it had ever been before. When the cycle finally turned the stock market had crashed, there were bank closures, bankruptcies, a fall in demand and the purchase of consumer goods, a dust bowl, a lack of credit, and financial lives were ruined. In November 1929, the price of gold in real dollar terms was $20.65 per ounce; however, the inflation-adjusted price was $309 a troy ounce. In 1933, the Great Depression prompted President Franklin D. Roosevelt to announce the New Deal, a massive government spending program aimed at creating jobs. However, this New Deal required the creation of new money via printing presses and was not possible with paper bills being redeemable for a limited supply of gold. In 1933, President Roosevelt issued Executive Order 6102 that ended the redemption of paper currency for gold coins and made it illegal for Americans to even own gold. Gold prices quickly doubled overseas. By March 1934 gold had reached $35 or $680 per ounce on an inflation-adjusted basis. Investors who put some of their assets in gold saw an inflation-adjusted return of close to 120%. The Dow Jones Index fell 42% during this time. 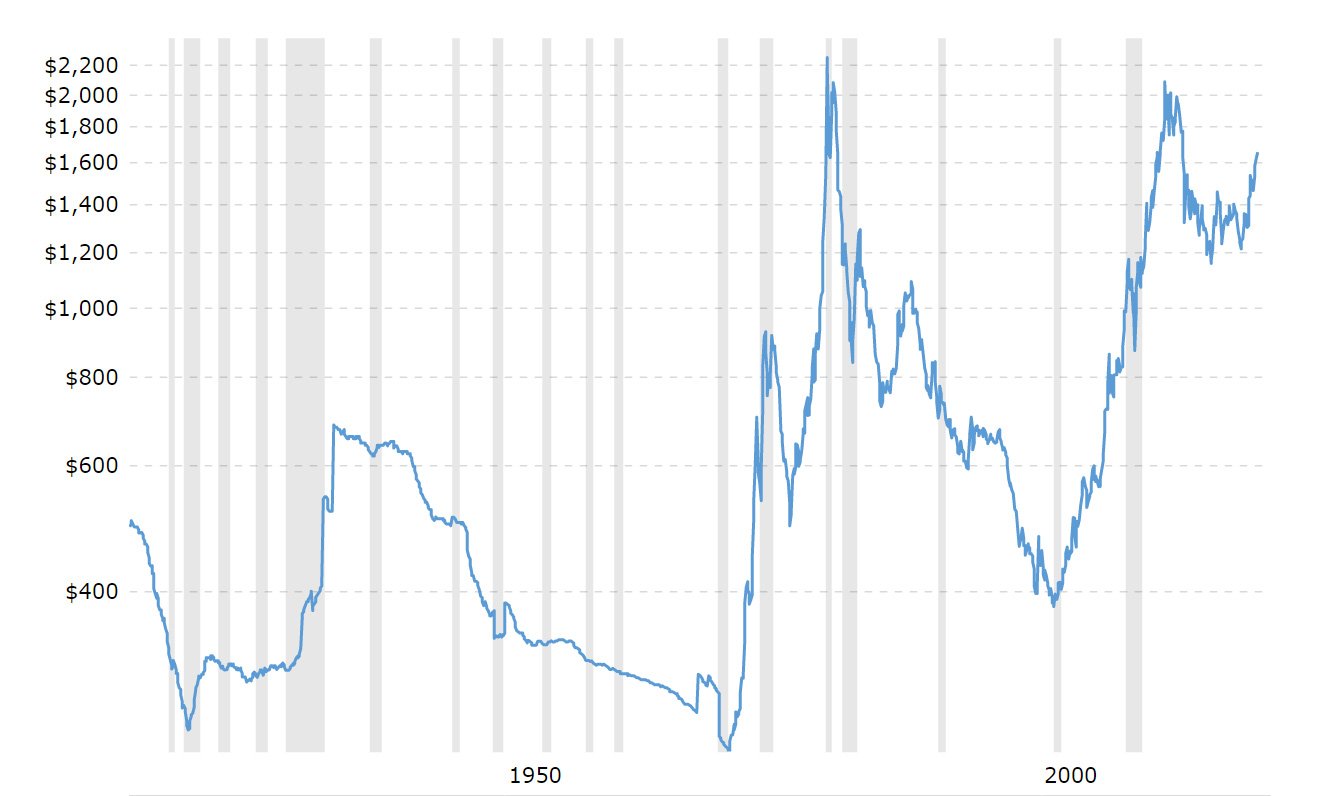 The Nixon shock and the end of the gold standard

From 1937 to 1971, even though the paper currency was not redeemable for gold but the US pegged the dollar (still technically on the gold standard) to the price of gold. During this period the US was involved in WWII and a long factory boom. The financial system was overshadowed by the effects of the 1934 Gold Reserve Act and the 1944 Bretton Woods Agreement that made the US dollar the world reserve currency. According to Wikipedia, the Nixon shock was a series of economic measures undertaken by United States President Richard Nixon in 1971, officially removed the US dollar form the gold standard (and once again allowed Americans to own golds as an investment). The US immediately saw rising inflation, most significantly. This inflation called for drastic measures including wage and price freezes, surcharges on imports. Freely floating fiat currencies were now the norm. Traders could now dictate the value of the dollar. A huge increase in interest rates to offset the newly printed currencies was an economic hardship for many struggling Americans.

The financial crisis of 2008

After the dotcom crash in 2001, the US real estate market benefitted from a period of easy lending. Banks started aggressively lending on a personal and corporate level. As the cycle began to get a little long in the tooth, subprime lending to under-qualified applicants appeared. Wall Street developed financial instruments called collateralized mortgage obligations and aggressively marketed these financial instruments to investors. These toxic investments began to fail when housing prices started to drop, credit began to freeze up, and banks stopped lending to each other. Bear Stearns, Fannie Mae, Lehman Brothers, and many others all went away. Corporations and other entities were bailed out by TARP Bank Bailouts. The crisis was fixed by debt. Many investors of our generation were ruined. In October 2008 gold was $872 a troy ounce. By August 2011 gold had reached $2,084 per ounce on an inflation-adjusted basis. Investors who put some of their assets in gold saw a return of close to 139%. The Dow Jones Index fell 35% during this time.

These three periods of rising gold prices with falling stock prices were defined by massive government stimulus and spending. Today the US is facing a stall in the economy, unlike anything we have ever seen before. State governments are effectively shutting down economic activity in response to the coronavirus epidemic. The treasury pumped $1.5 trillion in liquidity into the financial market two weeks ago and the house and senate are currently negotiating trillions in loans and grants to both businesses and individuals. Again the government is spending money it does not have while taking more control over the economy.

What we are seeing is bound to mark a new great phase for the gold market. Is the market forecasting a possible US dollar devaluation or possible crash? Are we staring at another recession or possible depression in the next few years? Whatever it is, it certainly feels like a major financial turn after a decade of unprecedented global money printing. Central banks are ready to keep the liquidity expansion rolling at record clips. This debt will never be paid off. More destructive financial market tools are being rolled out as we speak. The Dow last week lost 13%, while gold lost 2% (though demand for physical gold skyrocketed). Stocks have erased gains from the last three years. Gold is up 15% in the last 12 months.

Smart investors listen to and respect the market and history. Global debt has more than doubled since 2006. You can’t fix a financial system by doing more of what hasn’t worked to this point. Issuing more debt and more credit is not the solution. Gold today between $1,500 and $1,600 a troy ounce is as undervalued as it was in 2008, 1971, and 1929 if we judge it against money supply and inflation. The majority of those out there who feel they are smarter than the marker or history could be ruined during the next great financial event. This event could have started only a month ago. It’s not too late to protect yourself from just that. Call Midas Gold Group today and position yourself to sidestep the financial destruction headed our way. Traders are available M–F 8–4 pm PST. Call 480-360-3000 to schedule a private phone consultation today to discuss your own individual situation. For those clients in AZ or CA schedule a no-obligation appointment to come in and see us today. Investors have options now, don’t wait until those options are gone. Call today 480-360-3000 for 805-601-6000 and request a free bullion guide and IRA pamphlet.