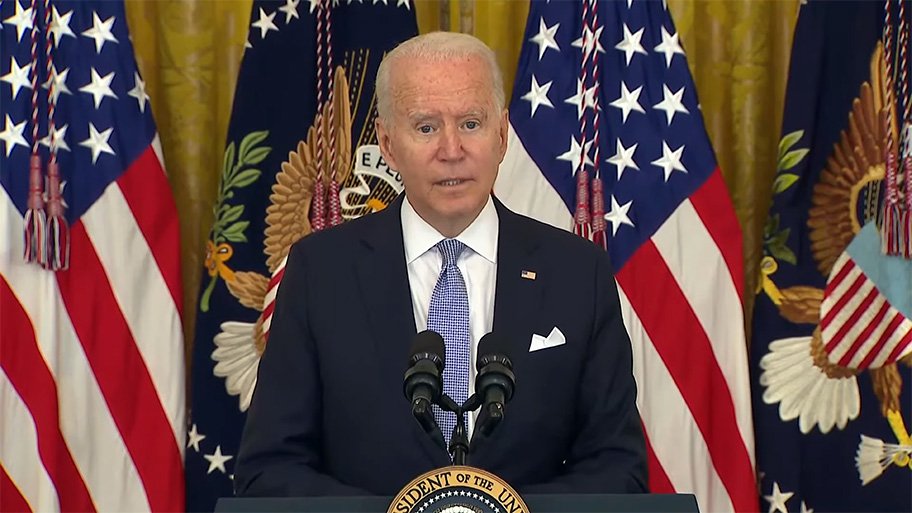 Our Financial System and US Dollar is Doomed under President Biden

The simple agenda of our present White House leadership is to tax the wealthy, spend on programs into oblivion, and buy popularity with freebies. The result of this simple agenda will be financially catastrophic. President Obama accelerated the federal debt from $10 trillion to $20 trillion in eight years. The Democrats never expected Donald Trump to win in 2016 and disrupt their economic plan. President Biden has now resumed the economic plan that will ultimately kill the markets and the dollar. The financial system is already being stretched to the maximum with all of this debt. This is sickening to say, but the United States of America has lost its grip on being the leading financial superpower in the world. The next three years will crown a new champion when it comes to premier financial superpower. In this week’s article, we keep it simple and to the point.

There is way too much debt out there. Ultimately all this debt will matter. Trillions of more dollars will be printed out of thin air. Spending proposals will continue at a record pace. As soon as one plan is negotiated, we will be on to the next. This vicious cycle of debt can not be fixed by issuing more debt. The fiat currency experiment that started in 1972 is on its last legs. President Biden will not steer this debt ship into the harbor safely. These ridiculous spending plans will ultimately crash the debt market. Once the debt market crashes, all the inflated assets behind the debt will also crash. Our financial system, which is based on debt, is doomed under President Biden’s leadership.

The middle class is being eliminated

We were printing money and artificially supporting the markets long before this flu pandemic. The poor are hanging on by collecting unemployment and receiving freebies for everything. Inflation is taking away more buying power from the middle class and the poor. Inflation is a tax on the poor. Inflation eats away the buying power for fixed-income individuals. Higher taxes across the board inevitably affect everyone. Middle-class workers are being asked to choose their job or their vaccination status. Small businesses were shut down during the pandemic, while large corporations were allowed to stay open. Small businesses and the middle class are doomed in this financial system under President Biden.

The financial system is failing under President Biden

Central banks carry out a nation’s monetary policy and control its money supply, often mandated with maintaining low inflation and steady GDP growth. On a macro basis, central banks influence interest rates and participate in open market operations to control the cost of borrowing and lending throughout an economy. That sounds terrific, but it’s not happening. The six largest central banks have thrown $30 trillion at the fake economy during this pandemic. Most of that money has been used to buy debt assets and stocks to keep interest rates artificially low and markets propped up. The result is the biggest debt bubble in history. Now it is on a global basis. The Fed is leading this joyride. It will be interesting to see if Chairman Powell is reassigned for another term or possibly a bigger money printer will take over his position. The governments of the world have no choice but to expand debt. It may lessen for a short period, but have no doubt, it will pick up again with vengeance. The central bank’s sole purpose is to issue more debt. Our financial markets are doomed under this central bank system of debt and the financial leadership of President Biden.

The past seven months have been extremely disheartening. Our military leadership in Afghanistan is embarrassing. The border situation is out of control. The spending proposals are confusing and destructive. The last spending proposal is 5,000 pages long. One can only speculate on all the absurdities in there. The financial system and markets under this leadership are toast. If you are fortunate enough to have taken advantage of the biggest debt bubble in history, please diversify and protect some of it. During inflation and financial chaos, physical gold has a long track record of providing the ability to survive it. History is repeating itself as every system based on fiat currency has ultimately failed. There is still time to pull some money out of the bank and the markets. Investors should lessen up on government monitored paper assets. More investors are waking up to the fact that these inflated paper markets cannot continue to fly high. Move some assets into physical gold while you still can. Protect your nest egg while there is still time. It feels like an event can happen at any time to derail this whole financial system. I don’t get a warm and fuzzy feeling that our leadership will be able to do anything about it without destroying the markets and the dollar. It’s been fifty years of fiat currency devaluation and abuse. The writing is on the wall that we are in those last stages.