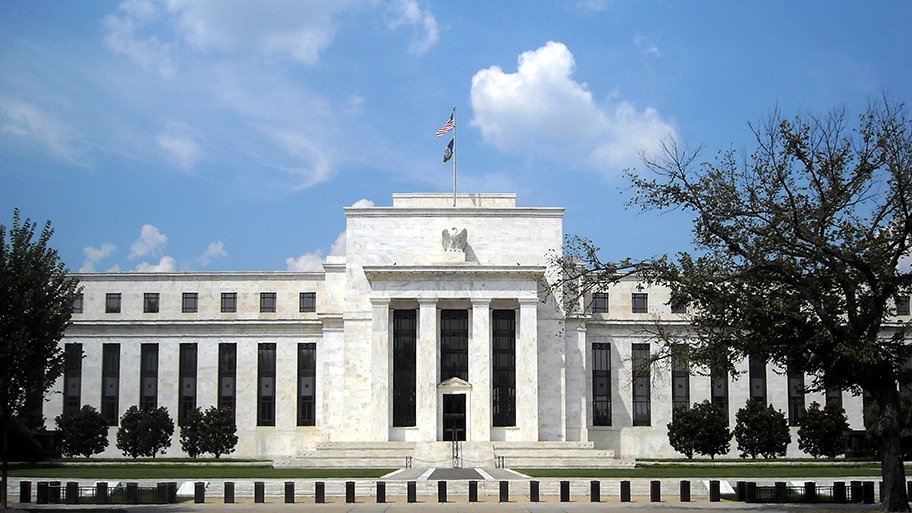 The Fed is Making its Own Mess a Whole Lot Worse

The Federal Reserve System is the central bank of the United States. There are many reasons why the Federal Reserve is not a government agency. The US has to borrow money and pay interest and fees on it. A truly sovereign money system does not allow the central bank to sell Treasuries to other parties, often foreign entities, or sell them by the Treasury at auction. Federal Reserve Notes are a cost and don’t act the same as coins or US Notes. The Fed is not organized within the Executive, Legislative or Judicial branches of our government. The Fed monitors and oversees its own activities. I’m sure there are many more reasons as well.

The financial mess we are in today is a result of the Fed policy. As we look for a financial solution to avoid financial catastrophe, the Fed is making its own mess a whole lot worse.

According to Investopedia, Quantitative Easing (QE) is a form of unconventional monetary policy in which a central bank purchases longer-term securities from the open market to increase the money supply and encourage lending and investment. The Fed started Quantitative Easing in 2008. This was done to avoid financial collapse due to the mortgage crisis. Short-term rates were also cut to zero. The second round of QE started in 2011 and the Operation Twist Program followed. This is all with printed money out of thin air.

In the fall of 2019, the repo market was flipped upside down as liquidity dried up. Well, the printing presses ramped up to over $120 billion a month in Treasuries and mortgage securities. This program is still going today, as the Fed has stated that it will wind this down aggressively. If the Fed bought 54% of the US Treasuries in 2020, who is left to buy all these bonds if they don’t? Maybe our retirement accounts will be forced to do so! Remember bond yields need to be increased to attract investors. As bond prices fall, yields increase. It is an inverse relationship. The Fed is making its own mess a whole lot worse as we are seeing interest rates jump dramatically recently. Kicking the can down the road with fake money doesn’t fix long-term problems.

As we all know our dollar is buying less every day. Inflation is at a 40-year high and getting worse. Mary C. Daly, president and CEO of the Federal Reserve Bank of San Francisco recently was quoted in an article. She said, I was one of those individuals who thought that we would find ourselves with lower inflation in 2022 than we’re going to ultimately end up having. And so I’ve asked myself: Where did I get this wrong? What was it that I expected that didn’t occur? She cited COVID, of course, labor supply impacted by hybrid school schedules, supply chain issues, and pent-up consumer demand. What about bad Fed policy, printing money like drunken sailors, abnormally low interest rates, and bad Fed judgment Mary?

The present situation isn’t solely because of Trump, COVID, or Putin. The moral of the story is the Fed is NOT all-knowing and all-wise. Why would we think this problem will be solved correctly by the Fed? It’s been over thirty years of awful policy. The Fed is making its own mess a whole lot worse. If Powell fights inflation, the economy will collapse; it depends on ultra-low interest rates and free-flowing credit. If, on the other hand, he lets inflation soar, the US dollar will die. How far down will the Fed have to crush the markets to curb American spending, probably a whole lot farther?

According to Wikipedia fiat money is explained as a type of money that is not backed by any commodity such as gold or silver and is typically declared by a decree from the government to be legal tender. Fiat money does not have intrinsic value and does not have use-value. It has value only because the people who use it as a medium of exchange agree on its value. They trust that it will be accepted by merchants and other people. Well, the trust in our fiat dollar is waning. The fiat currency experiment that started in 1971 is on its last leg. Will we have a digital dollar, a central bank digital dollar, or a central government digital dollar? Will we even have a US dollar ten years from now?

The Fed has been printing dollars at a record pace. It printed 30% of the money supply in 2020. As the supply of anything expands dramatically, the value of that product falls. It is simple economics. The Fed has been quoted as saying that they can print to infinity. Well, it must matter at some point ladies and gentlemen. So many clients have recently said that their dollars won’t buy anything in the future. I disagree, it will buy something. It will buy a whole lot less than even it can buy today. I do not doubt that the Fed is making its own mess a whole lot worse as it attempts to maneuver our current markets; markets that resemble a landmine field. This is a minefield that they have created and have made even more deadly.

The Fed doubled its balance sheet in 2020 from $4 trillion to almost $9 trillion in two years. In 2020, the Fed added $3 trillion of new money. We are seeing things happen by the Fed recently that hasn’t happened in the 100 years of its existence combined. Interest rates could need to be 12 to 20% to combat what is going on. The loss of paper wealth will be historical. What the Fed giveth, the Fed takes away. This funny money will ultimately destroy the financial system as we know it. The best time to prepare for this financial destruction was twenty years ago. If you didn’t transfer any assets to physical gold then, today would still be a great time to start. If you are fortunate enough to have wealth created by this reckless Fed and government, at least wake up today and protect and diversify some of it. Some of your cash, paper assets, retirement accounts, and savings would be much better off diversified in physical gold and silver until the minefield is maneuvered. That is a lot better than having all your financial limbs blown off.