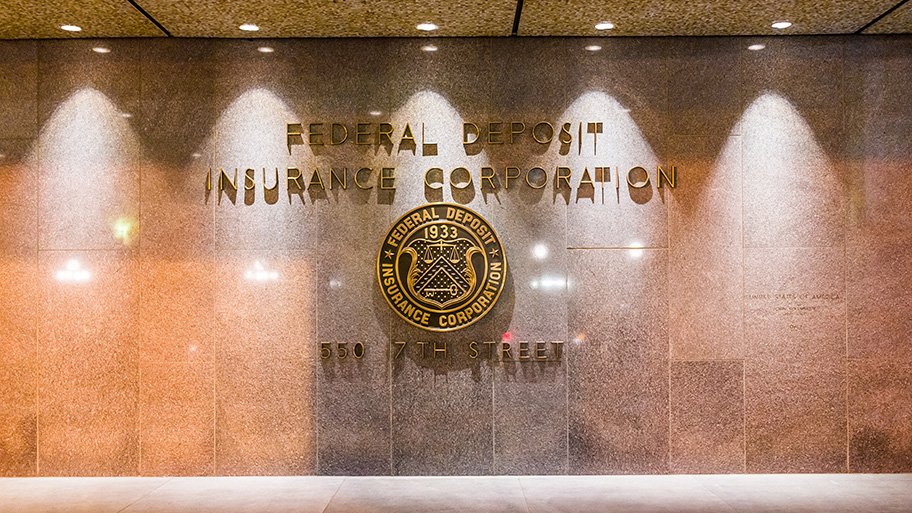 FDIC Committee (SRAC) Provides an Update on Our Money

On November 9, 2022, the FDIC Systemic Resolution Advisory Committee provided an update on the safety of our money with FDIC insurance. The meeting was led by Chairman Martin J Gruenberg, Director Michael J. Hsu, and Director Rohit Chopra. The chairman started the meeting by stating vital importance to the FDIC is the ability to manage the orderly failure of the systemic financial institution. This is the ultimate credibility test of the agency. What that means folks is “how accessible is our money going to be during the next financial and banking crisis?” The entire three hours of mumble jumble was flooded with the talk of risk in the banking sector. Well yes, the most risk ever in the banking sector that we have ever seen because of trillions of dollars of derivatives. Boy, these SRAC members must be smart to be in such a highly regarded position of financial authority.

I enjoy visiting the bank, walking up to the teller, and especially seeing that FDIC little sign. You know the ones plastered throughout the branch of your local bank or credit union saying how up to $250,000 of each account is insured. Let’s go over some simple FDIC math. The FDIC insures $9 TRILLION of bank deposits with only $125 billion worth of assets. In other words, only 1.3% of its holdings are in reserve. If we all showed up folks at the bank wanting to take our money out, big surprise there is nowhere near enough to satisfy everyone. Who knows if, when, or how much of our money would ever be returned during or after the next banking crisis? Maybe the banks and the government will just take it to cover their issues. Maybe the bank will limit our withdrawals. Were you aware that the banks in Lebanon limit their customer’s dollar withdrawals to $600 a month no matter how much money you have in the bank? This is the truth about fractional banking. Some of the highlights from the SRAC meeting are a real doozy.

Gary Cohn says the next crisis will be seismic

Gary Cohn, former president and COO of Goldman Sachs was heard saying during the meeting

“We may be forgetting 2008, but it still heavily influences how we think. One of the things we need to be very careful about is the next crisis will not be 2008. I know that for sure. What is the seismic crisis that is not 2008? What happens if we get a major cyber event or cloud event? How do we deal with those events? In 2008 there was a sign, a windup, a pitch, a swing, there were a lot of balls flying out of the stadium and we sat there and watched them. The next event might just happen without a sign or even a pitch. Our thinking needs to be accelerated because we live in a highly accelerated world. We also live in binary outcome events. The event most likely will affect multiple financial institutions simultaneously.”

Mr. Cohn goes on to say

“We want them (customers) to have the full faith and confidence in the banking system. They know FDIC insurance is there. They know what works. They put their money in; they’re going to get their money out. I would be careful about the unintended consequences of starting to blast too much of this out in the general public because that would lead to ‘unintended consequences’.”

Another SRAC member lamented that although institutions don’t want to see a huge run on their deposits, they likely will soon, which will bring about the need to impose bail-ins. Remember folks a bail-in is when our deposits are used to help with the banks’ problems. People need to understand they can get bailed in, but you don’t want a huge run on the institutions. But there are going to be. And it could be an early warning signal to the FDIC and primary regulators when these things happen, he said. Who would be protected and who wouldn’t be protected. Do people really understand what might happen?

The next banking crisis will be much worse than 2008

One FDIC member claimed this economic period of peacetime will soon flip faster than we saw in 2008. I do think it’s hard to get a lot of demand for transparency right now, in this sort of period of peacetime, but that is going to flip and it’s going to flip faster than we saw in 2008, he said. Because of that, he said, it’s necessary for financial institutions to quickly leverage the social media world with curated talking points to combat disinformation and avoid rumors taking over the narrative. Hmm, more control over the narrative. Didn’t the FBI just get exposed for paying Twitter millions of dollars to suppress or support certain selected information? Bottom line is that the powers that be do not want the masses to understand fully how the banking system or their money works.

A banking crisis could definitely go down in 2023 but is almost guaranteed sometime over the next decade. We would see the mother of all printing experiments by the Fed and other world central banks that would dwarf the pandemic excuse to print tens of trillions of dollars out of thin air. Remember the pandemic was a convenient excuse to juice up the markets with a big injection of liquidity. Remember the liquidity problem started in the fall of 2019 in the overnight repo market. The repo market is another secret way for the Fed to provide quantitative easing to the markets. Without this fake money provided by the Fed, the markets fold like a house of cards. Without fake money printed by the world’s central banks, the global financial system crashes.

Gold is your insurance against a bail-in, a financial collapse, and severe US dollar devaluation. Gold is your insurance against the FDIC and its lack of adequate coverage. What is our money even going to be worth or buy five years from now? How much of our deposits will even be there after the event or crash? Could the banks here limit our withdrawals by the day, week, or month as other world banking institutions have done and are doing? The banking system and the whole financial system are just one big Ponzi scheme.

Bank debt today is not what it was before. It is NOT principal protected by design says Director Michael J. Hsu of the SRAC. How is this analogy for our faithful followers? There are 100 people stranded on an island after a shipwreck. One of the leaders of the group says “we only have enough food for 2 people.” Folks during the next financial crisis, there is not enough insurance or money on deposit to satisfy everyone if they showed up at the bank for their money. It’s our money running their system. Take some out now. You may save yourself during the next financial crisis by having a significant portion of your paper in physical gold. Do not assume that you will be made whole after the next banking crisis by the FDIC. It’s going to be a huge crisis with huge consequences for those who don’t financially prepare. Prepare today by adding more gold to your hoard. Gold you hold is gold you own. It’s the only way to own gold. And once again it will be fake printed money to the rescue. That’s still no real rescue.