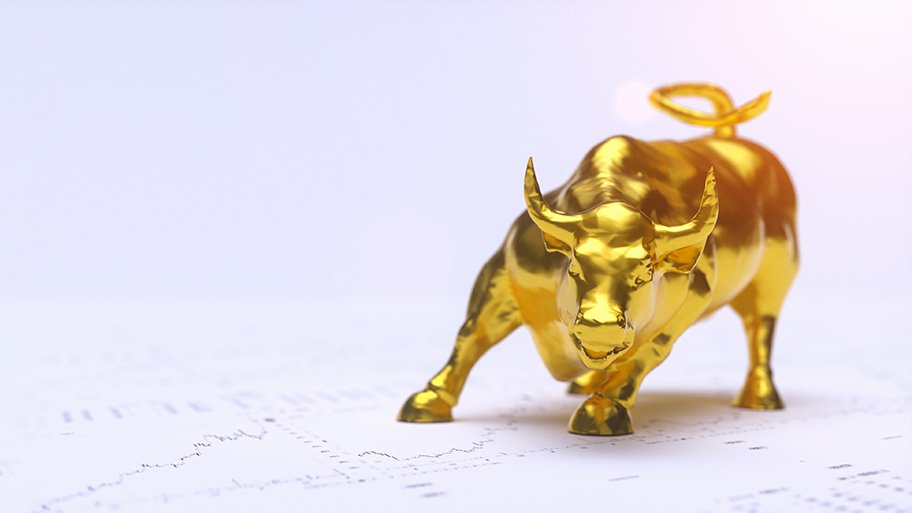 Expect Much Higher Gold Prices in the Near Future

The spot gold price peaked at $2,080 in August 2020. Price then fell to a bottom near $1,685 on March 31. We have since seen prices soar over 11% to get back to near $1,900. Last week’s US inflation figure came in at a shocking 4.2 percent, well above the anticipated 3.6 percent. It could rise higher, as President Joe Biden unleashes another $6 trillion of stimulus. US debt was $10 trillion in 2008 when President Obama took office. Eight years later, government debt doubled to $20 trillion. President Trump took debt to $28 trillion in four years and the floodgates are wide open with the new administration with no end in sight. A case can be made that if you consider money supply created; gold today is as cheap as it was in the 1970s under $40 per ounce. Inflation-adjusted gold is worth more than $10,000 per ounce right now. We don’t have a crystal ball and we aren’t making any guarantees, but the writing is on the wall that physical gold is perhaps the most logical asset to own over the coming years. Further, don’t hold paper gold futures or ETF, own the actual physical commodity on bars or coins. Note that when considering the size of the ETF and derivative market, physical gold represents less than 1% of the total gold trade.

Gold is a traditional hedge against inflation

In August of 2020, the price of gold faltered as interest rates rose. When short-term interest rates are greater than inflation, gold does poorly. We all know that this is not the case in today’s market despite what the television experts say. The government can’t afford to have high interest rates, as they won’t be able to service the ballooning debt situation. In 2019, faction increases in interest rates lead to a tumbling real estate market, perhaps the backbone of the modern US economy.

The dollar strength index is not a reasonable tool to look at dollar purchasing power. The index only compares the dollar to other world currencies while all of the major world central banks are engaged in the same pattern of printing money and debasing currencies. The Fed, ECH, BOE, PBOC, BOJ, and the SNB all have the printing presses rolling. The Fed is printing money out of thin air, lending it to the US Government with interest, and then buying those bonds to place on their balance sheets. No other country wants our bonds anymore. Inflation is defined as a general increase in prices and a fall in the purchasing power of money. Our dollar continues to lose value. The dollar has lost 80% of its value versus gold since 2000. It’s lost 97% of its value versus gold since the 1970s. The dollar continues to be devalued as governments print currencies at will. Printed money is being handed out in many ways and credit is easy to get. The loss in our currency’s buying power will continue to support a higher gold price over time. Every investor should realize that over 20% of our money supply was printed last year. The media continues to say that recent commodity price increases are due to pandemic supply chain issues that will eventually normalize. We say our dollars always buy less in the future with the current fiat currency system that we are on. The demand for this reliable tangible asset called the yellow metal will keep prices headed up over time as our currency is devalued into oblivion.

Stocks are more expensive now than ever. According to the Buffet Indicator, the market cap of stocks over GDP is over 220%. If we look at a newly introduced ratio over total stock market cap versus GDP plus Total Assets of Federal Reserve Banks, the ratio is also over 220%. These are astronomical numbers considering that we need to print about $5 to produce about $1. Debt will eventually matter. There is more government, corporate, and consumer debt than ever. Interest rates in 2006 were lowered by 400 basis points to combat the crisis. That option no longer exists as interest rates are low. The only option now is to print more money. 25% of the market is in a few large-cap Nasdaq stocks. Look out below when these few names give way. Sure all this printed liquidity can keep things propped up for a while. Smart investors with good money principles realize the need to diversify. The biggest economy in the world can only hold on to this position by printing itself to false prosperity at an ever-faster pace. When the market makes its final fall, the majority of investors will not be able to get out. Trees can grow high, but they do not grow to the sky. The demand for physical gold will keep the price headed up over time as the world stock markets leave the small guy holding the bag.

Cryptocurrency is not a store of value that gold is

Cryptos may be riding high but look vulnerable as central banks tighten regulations and gold could be the beneficiary. We recently saw BitCoin and other major cryptocurrencies tumble as China vowed to limit the use of cryptocurrencies. Other governments could easily place the same restrictions on usage. Fortunes have been made through speculation, and fortunes have been completely lost through speculation. Physical gold keeps you rich by retaining your buying power that your dollar will lose over time. Physical gold is not a digit on a ledger; it’s not dependent on the electrical grid. Your password or digital wallet can’t be lost when you hold gold. The gold price has never fallen 50% in two weeks. Physical gold does not feel like you are spinning the roulette wheel in Las Vegas. There is a time and place for calculated speculation. If you are willing to risk everything you have on high speculation, then physical gold may seem boring to you. This boring asset has doubled in price every seven years on average since 1971. The price of gold has averaged a 10% return since 1999 annually. There will come a time during the next crash that investors will again think about protecting what they have instead of what kind of return they can get this week or this month. The joyride is great while it’s going, but eventually, it comes to an end. That end can happen at any time. The demand for this reliable tangible asset called gold will keep the price headed up over time.

I have a lot of admiration for Egon von Greyerz, the founder and managing partner of Matterhorn Asset Management. His words from his last blog can finish up this blog.

“Governments and central banks have interfered with the natural cycle of ebb and flow. This fatal interference in the natural cycles, especially by the US, will be very costly for the world. By foolishly trying to abolish cycles, governments have exacerbated the problem to a degree that will create unnecessary suffering for the world. As regards to securing your finances in periods of crisis, gold and silver have always been critical to hold. Everyone can afford some gold or silver. Saving in precious metals will not only be very useful but essential at whatever level you can afford. For bigger investors, physical gold and silver will be one of the few ways to avoid the total destruction of your wealth. Stock investors have already seen a major destruction of their wealth since 2000 although most people are unaware. The Dow has lost 60% against gold since the year 2000. That trend will accelerate in the next few years and I expect the Dow/Gold ratio to reach 1. Remember in the 1970s when gold and the Dow were both 850. This means that the Dow will lose another 97% from here against gold. Gold and silver have not at all reflected the massive creation of money in the last 50 years. That catch-up phase is likely to start very soon. The upside potential for gold and silver is multiples of the current prices and that is at today’s price levels. Hyperinflation could take the metals to unfathomable heights. Holding physical gold should not be seen as a speculative investment but as the best protection against the coming destruction of paper assets and the imminent disorder in the financial system.”

Call your reliable gold dealer today and do something about it!