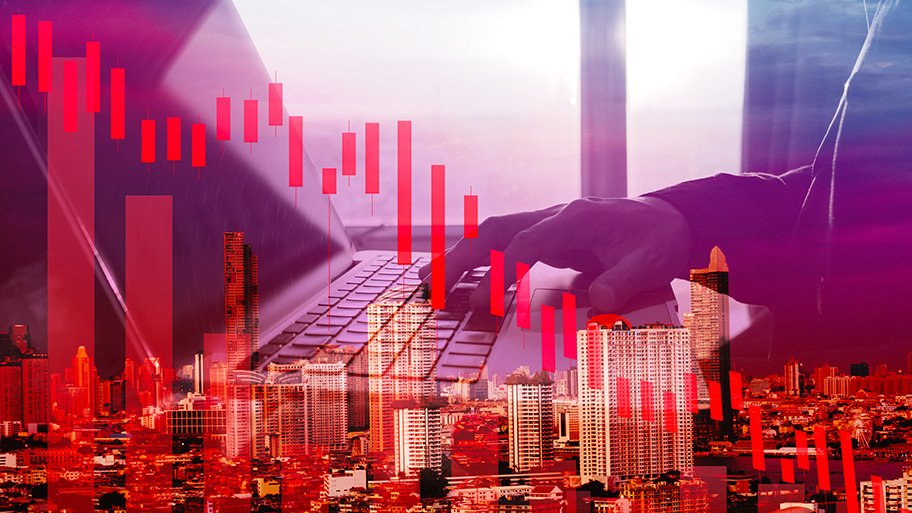 “The crisis in the Persian Gulf, as grave as it is, also offers a rare opportunity to move toward a historic period of cooperation. Out of these troubled times, our fifth objective — a new world order — can emerge: A new era — freer from the threat of terror, stronger in the pursuit of justice, and more secure in the quest for peace. An era in which the nations of the world, east and west, north and south, can prosper and live in harmony.”

These were the words uttered by President George Bush Sr. to Congress in 1990, thirty-one years ago. The goal of a one-world currency, one-world government, and one-world control remain to this day. Coincidentally the Federal Reserve Digital Report came out recently discussing the Central Bank Digital Currency. With the historical chaos surrounding us, this goal, which has been in the works for a very long time, is more relevant now than ever. For the evil powers that be, this is only possible if the United States falls financially, politically, socially, and economically. Considering everything that is going on, this is not as far away as you would think. If we consider the control attempted by world governments right now, the fiat system, commercial real estate, and global equity markets, the everything crash is headed right this way. This is the everything crash that would allow the possible dream of a new world order by the evil central bankers who now are in control of this central bank world economy.

The US Dollar and whole fiat money has an uncertain future

According to Investopedia, Federal Reserve notes are the paper currency circulating in the United States. These are commonly known as dollar bills. The US Treasury prints the Federal Reserve notes, which are backed by US government treasury bonds. As we all know the Fed bought over 50% of these bonds in 2020 and are attempting to unwind them back on the markets. Who is going to buy these? As more bonds are for sale, interest rates will go up.

“Federal Reserve notes were first issued after the creation of the Federal Reserve System (FRS) in 1913. Before 1971, any Federal Reserve note issued was theoretically backed by a legally specified amount of gold held by the U.S. Treasury, though since 1933 private citizens were not allowed to actually redeem them for gold dollars.”

Since 1971, all fiat currencies have lost 97–99% of their purchasing power versus the value of gold. The fiat experiment that started in 1971 is in its final stages. A one-world central digital currency would be a great way to finally eliminate all our financial freedoms and any financial privacy that is left. The fall of the fiat system is a great way to know that the everything crash is right around the corner.

Real estate is a house of cards as commercial vacancies soar

Over the past year, many commercial real estate rents due were pushed off. Evergrande, the second-largest property developer in China is on the verge of collapse and faces default. Evergrande owes international creditors more than $400 billion and has repeatedly failed to meet interest repayment deadlines to bondholders. Financial markets are widely expecting China’s Communist Party government to let it fail to send a message to other building giants about unsustainable debt levels. How many other commercial real estate entities will be in trouble going forward?

The commercial assets behind this debt will crater as more and more corporations allow employees to work from home. Wolf Richter of Wolf Street offers a look into the commercial real estate situation in some large US cities. He states In mid-December, nearly two years into the shift to working from home, office attendance across the biggest office markets, as measured by Kastle’s data from its entry systems, was still down 60% on average from pre-pandemic February 2020, ranging from -72% in San Francisco to -42% in Austin. Approximately 30% of the office space is available in Houston, 26% is empty in San Francisco, 19% is vacant in Manhattan, 24% is empty in Los Angeles, Chicago has 23% of office space available, and 19.6% is available in Seattle. Remember if the debt behind these assets implodes, the value of these assets also implodes. If interest rates rise, which they are expected to as the Fed unwinds debt on its balance sheet, residential real estate is also at risk of seeing a dramatic fall in asset prices. With real estate at historic high valuations, the commercial real estate sector in disarray, and the pandemic, I mean the pandemic still being promoted heavily by mainstream media and government, the real estate situation will intensify the everything bubble crash headed this way.

Japanese stocks crashed in 1989, lost 82% of their value in the next twenty years, and still have not recovered. The Bank of Japan expanded its balance sheet by approximately 1300% since 1989. Of course, this was all done with printed money.

Many stocks here in the US have been hit hard even though the indexes are holding up. This is because these weighted indexes are being held up by the same culprits as Microsoft, Apple, Google, Netflix, and Facebook which make up approximately 20% of some of these indexes. I see a lot of damage from the middle size and smaller speculative stocks and many favorites of the internet community. For every great story you hear of the one investor who got rich, we never hear of the hundreds that lose it all and are left deep in the hole.

Warren Buffet’s go-to-market gauge recently hit 211%, signaling stocks are too expensive and could crash. No gauge is perfect, but the writing is on the wall. Many very successful proven investors are very concerned about valuations and the performance we have seen from stocks over the past decade. Remember much of this performance is due to debt and money printing. The joy ride is great while it’s going on, but eventually, the joy ride comes to an end. Equity markets are due for a huge fall, and this will certainly exacerbate the everything bubble crash. The mother of all bubbles will eventually be pricked sending stock valuations crashing.

Two US Presidents openly opposed the formation and control of the central bank, Abraham Lincoln, and John F. Kennedy. It could be a coincidence, but both were assassinated. John Jacob Astor IV, Isidor Status, and Benjamin Guggenheim were very affluent men in 1912 who opposed the formation of the central bank. Coincidentally they were all aboard the Titanic along with many other prominent businessmen who opposed central bank control. As we know the Federal Reserve Bank was formed during a secret meeting in 1913 at Jekyll Island. $1 in 1913 is equivalent to $28.08 today. This is a price increase of 2,708%. The price of gold in 1913 was $20.67 an ounce. The price of gold today is approximately $1,800 per ounce.

One product, a paper note, always buys less in the future. The other asset, tangible gold, historically has always held your purchasing power. When all this money printing is accounted for, when stocks fall, when bonds implode, when commercial real estate crumbles, when the central bank gets their way to eliminate financial privacy, the price of gold will be reflected at a much higher price than it is today. Transfer some of those Federal Reserve Notes into physical gold today while the price is as undervalued as it was in 1913 and while you still can. With the everything-crash on its way, diversification and a hedge in gold will mean financial survival or for those who gamble everything in paper and leverage, it will mean financial ruin.