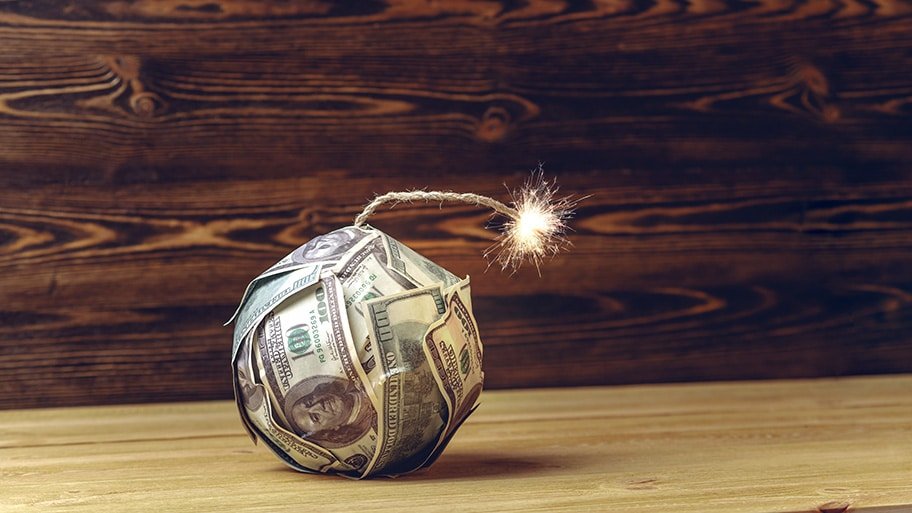 The Next Dollar Crisis is Inevitable

Since the US officially abandoned the gold standard in 1971, we all understand that we have experienced several dollar crises, periods of rampant inflation (and soaring gold prices). What we don’t all understand is that many of these crises were not accidental but coordinated economic policy events. When we look at our current economic policy and relative stock market valuations, we should understand that such dollar “crisis” may be right around the corner.

The US Commerce Department said on Thursday it was proposing a new rule to impose anti-subsidy duties on products from countries that undervalue their currencies against the US dollar. The rule would amend the normal duty process to include new criteria for currency undervaluation.

Why does that matter? Maybe we should look back at history.

Most people assume the rule would apply to the Chinese, but it will apply to any country President Trump wants the rule to apply to.

Since the President has the authority to control the value of the dollar it is his choice and all countries around the world use subsidies. Generally, Presidents want a stable dollar.

Sometimes they do not.

During the 1970s the government created a dollar crisis to get growth up through exports. The result was an eventual dollar panic and the collapse of the Bretton Woods fixed exchange rate system.

George Shultz who was Secretary of the Treasury said during an interview a few years back that ‘we’ engineered the dollar panic because the dollar had been too strong for too long. That helped base the yellow metal and then it went up like a bat out of you know where in the early 1980s.

President Bush did not want a strong dollar when it came to bailing out the economy after the dot-com bubble. That bubble peaked when stock valuations soared while bankers, Wall Street economists and consumers were dancing in the streets. After that Wall Street mess, Bush talked the dollar down, cut taxes and so on. That laid the foundation for a gold rally and silver rally along with other precious metals.

Then we were attacked on September 11th. The government aided with tax changes and so forth (bailed out) some airlines after stocks collapsed even though capacity on airlines was excessive anyway. But the companies needed it. Soon after we went to war, the government cut taxes, Wall Street created more stock market bubbles and stock valuations soared. Then Congress bailed out the banks in 2008 after Wall Street made a mess of things again. Eventually, the dollar fell and gold along with other precious metals soared.

Over the last decade corporations, banks and the government have all borrowed large sums of money and once again will count on Congress, China or the Federal Reserve to bail them at some point.

Let’s be clear, if things get bad, eventually the bailouts will most likely start all over again and we will se another dollar crisis. Agriculture is already getting bailed out from the trade war, however, a good portion of the decrease in agriculture prices is from too much product, but the farmers need it.

So here we are, stocks are by some measures at nosebleed levels with government deficits and corporate debt levels that have run up so much that if a mess occurs for whatever reason it will make the bailouts of auto, housing, and banks that we saw during the early part of the century look like a drop in a bucket. To make matters worse Congress and President are fighting with each other and the Chinese are threatening to fight to the last breath in a trade war. If things come apart at the seams how is that going to work out?

Meanwhile, overseas governments and central banks have been devaluing their currencies without hesitation. Many investors get little or no interest on the money they loan to governments OR are paying the governments to loan money to them. When your bond comes due and the government pays you back you are at loss.

So, while the few people at the Federal Reserve meet eight times a year Wall Street has spent the Trump tax cuts on themselves and created bubbles in stuff like electric cars which are now collapsing and generally the stock market is about the same level it was a year ago with wild gyrations in between.

Now Wall Street is telling us as a country that we are supposed to count on the Chinese with a trade deal to save us, maybe Wall Street means to save ‘them’ and now some new rules on currency manipulation have been proposed.

If investors begin to shy away from stocks for whatever reason, maybe fears to come from a do-nothing congress (maybe not paying the bills by failing to increase the debt limit), where will investors go and what will precious metals do?

Common sense says it only makes sense to have some portion of your portfolio in precious metals.